The legislation would offer a fairly simple ultimatum: implement "robust" age verification checks, or suffer the consequences. Should a site not comply with this order, the designated regulator would go about starving the provider of the funds that keep it afloat. Those that rely on advertising revenue would see demand for their banner spots plummet -- the police use an identical strategy to put the squeeze on piracy-promoting sites -- and subscription services would find their payment providers (e.g. PayPal) withdraw support.

The regulator could also target "ancillary services" that keep the site running, ordering the relevant web hosting company to simply take it down, for example. Obviously, these tactics require the intervention of third-party service providers, and under the proposed legislation, their cooperation will be mandatory. The government hasn't got it all figured out just yet, though, such as what method of age verification would be the most appropriate. 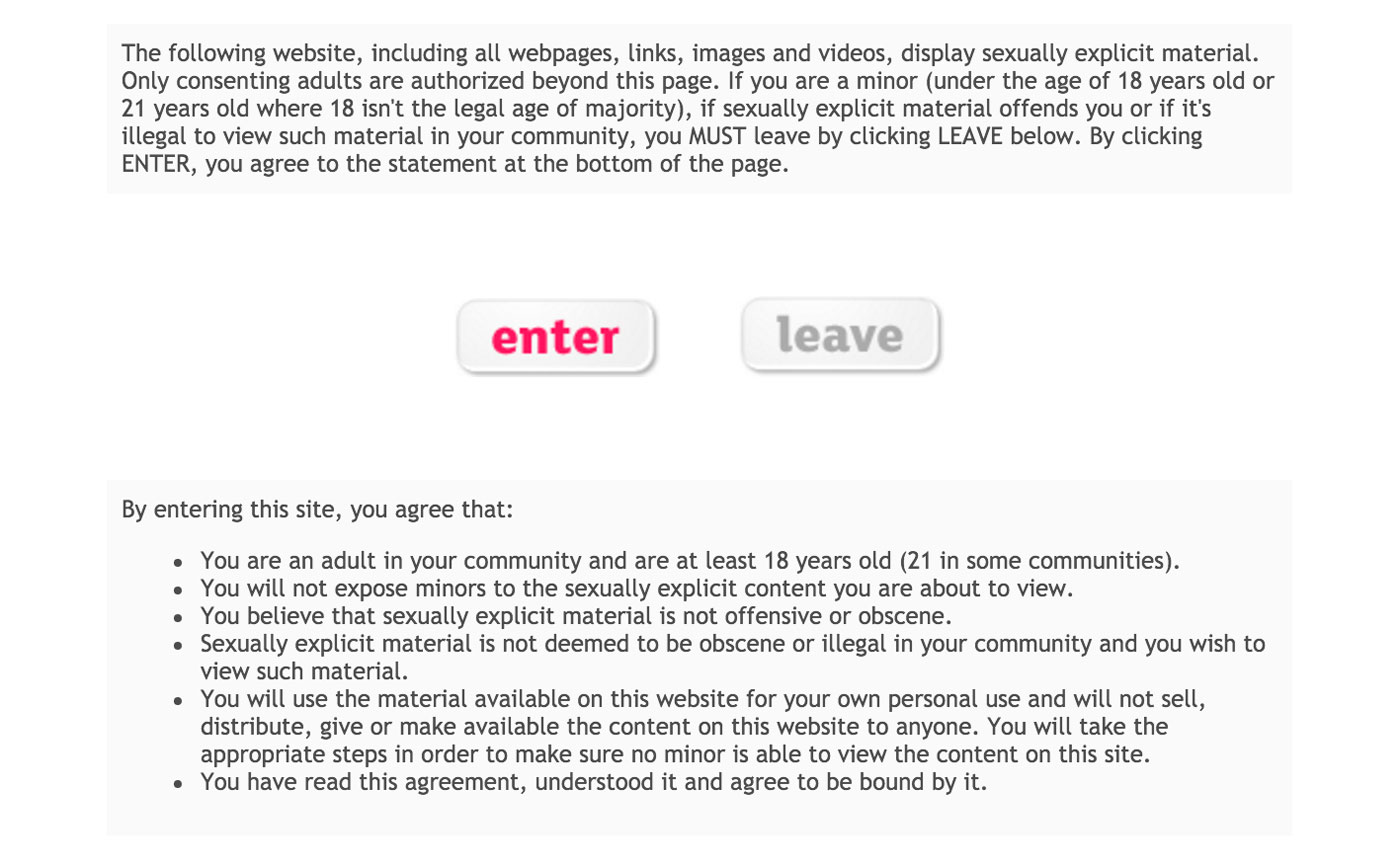 Age gates that simply ask you to confirm you're over 18, or require you to input a date of birth, aren't "robust" enough, the government argues -- though this seems to be all that's required of UK-based porn sites currently. Parroting Ofcom's guidance on acceptable measures, age verification could take the form of a credit card check, identity corroboration using a database like the electoral roll, or any other proof of age like a pay-monthly mobile phone contract, which are only available to over 18s. The government admits that it may be unfair to ask site visitors to expose their identity in order to prove they're an adult, though, so what type of age gate might be appropriate is still very much up for debate.

Plenty of finer details need to be ironed out before the legislation can be put up for approval, and the government is running a public consultation on the proposals until mid-April. These mandatory age gates are part of a broader agenda to protect children from age-inappropriate content online. The government established a system for adding age ratings to UK music videos last year, for instance, and the major ISPs are required to push adult content filters at the router level. The latter initiative wasn't exactly proving popular, however, leading several providers to turn these filters from opt-in to opt-out to improve adoption.