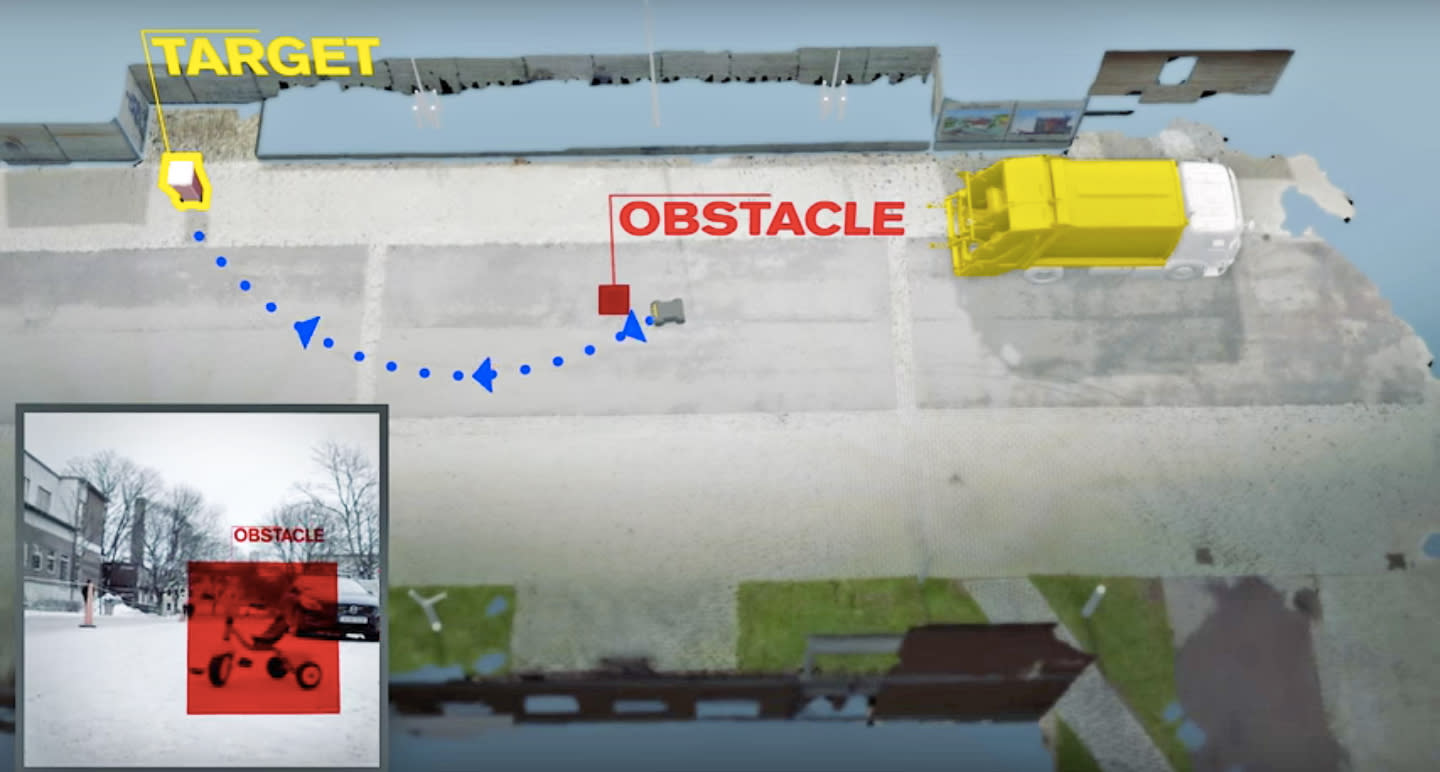 Volvo's ROAR (RObot based Autonomous Refuse handling) project has moved into prototype testing, the company announced earlier this week. The ROAR system is designed to autonomously empty trash cans from the back of a garbage truck, saving the driver from having to manually load bins into the hopper. The initial concept involved just the robot, which relied on maps of the neighborhood and likely bin locations (as well as GPS, LiDAR and accelerometers) to help it navigate. The new iteration, on the other hand, also employs an aerial drone that lifts off from the garbage truck's roof to act as a pair of "eyes in the sky" for the ROAR, telling it where the trash cans actually are, not just where they're supposed to be.

Volvo teamed with undergrads at three universities -- Chalmers University of Technology, Mälardalen University and Penn State University -- to design and construct the prototype in just four months. "We predict a future with more automation," Per-Lage Götvall, project manager for robot development in the Volvo Group, said in a statement. "This project is intended to stimulate our imagination, to test new concepts that may shape transport solutions of the future."

In this article: garbage, gear, ROAR, robots, volvo
All products recommended by Engadget are selected by our editorial team, independent of our parent company. Some of our stories include affiliate links. If you buy something through one of these links, we may earn an affiliate commission.