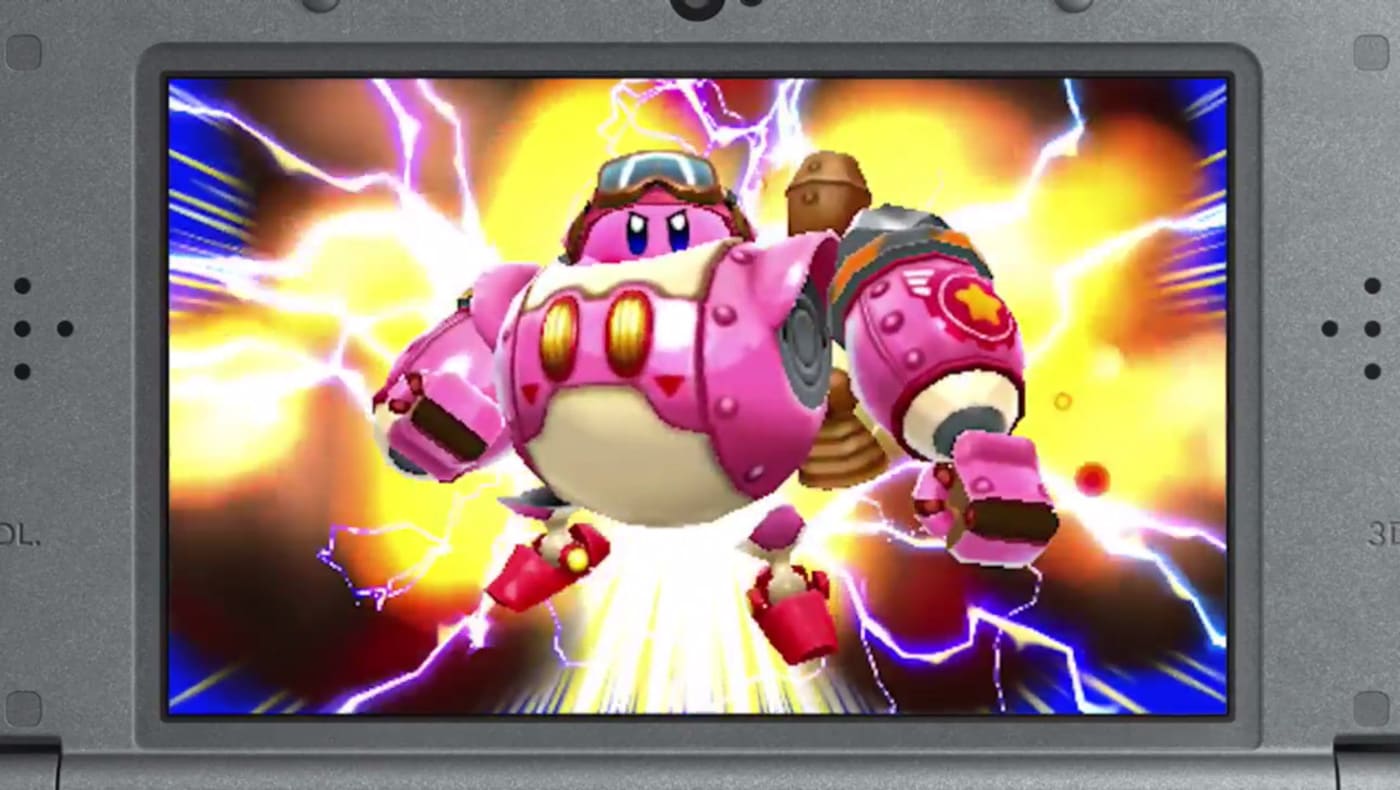 Everyone's favorite spherical pink vacuum cleaner is back in Kirby: Planet Robobot for 3DS. It uses a 2.5D perspective where you can jump between different depth planes in the sidescroller. What's more, when you suck up an enemy you'll gain access to a version of their specific abilities, including one that has you donning a robot suit. Amiibo support is planned as well, with each of Nintendo's plastic figurines granting Kirby with a different ability. Tapping Mario onto your 3DS will grant Kirby a fire ability, while Link unlocks a sword, for example. Nintendo's Bill Trinen says that each amiibo will unlock something different of some sort.

A special line of new Kirby amiibo are en route for June as well, including Kirby itself, King Dedede, Meta Knight and Waddle Dee. Tapping the new Kirby to the handheld will unlock a UFO-like ability where you can fly around stages.

There's also a multiplayer mode, dubbed "Team Kirby Clash." You and three buddies (or computer controlled partners) will face off against bosses in arena battles. And there's an RPG element to this as well, with victories unlocking experience points (a series first) that allow you to upgrade your character to take on bigger and more powerful enemies. If your friends don't own the game but you do, it offers Download Play so they can join in without shelling out any cash of their own.

When can you bring this adorable puffball and its line of amiibo out of your browser window and into your life? June 10th.

In this article: 3ds, amiibo, av, gaming, handheld, june, kirby, kirbyplanetrobobot, nintendo, nintendodirect
All products recommended by Engadget are selected by our editorial team, independent of our parent company. Some of our stories include affiliate links. If you buy something through one of these links, we may earn an affiliate commission.