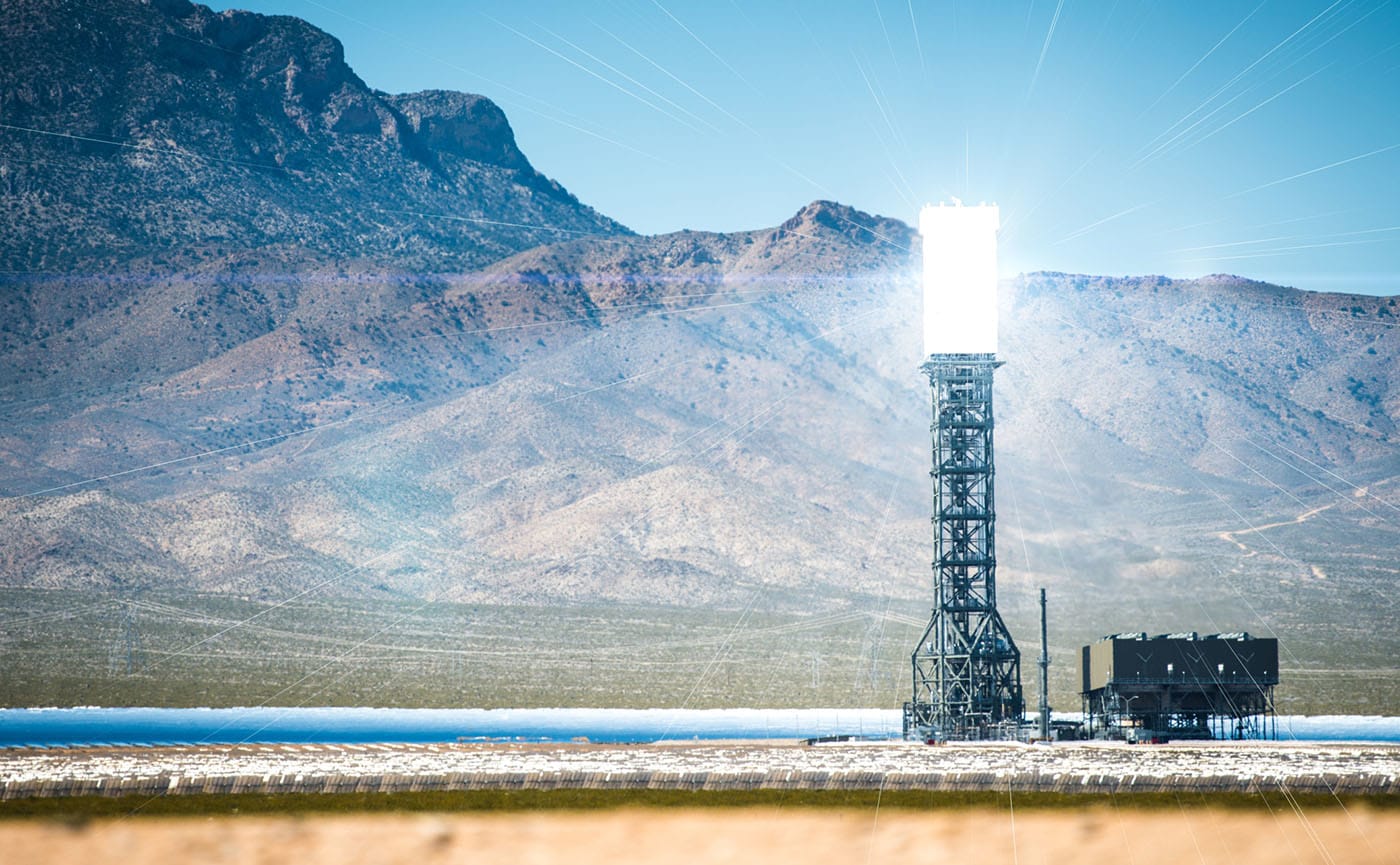 Two big problems have been vexing environmental scientists for decades: How to store solar energy for later use, and what to do with CO2 that's been captured and sequestered from coal plants? Scientists from General Electric (GE) could solve both those problems at once by using CO2 as a giant "battery" to hold excess energy. The idea is to use solar power from mirrors to heat salt with a concentrated mirror array like the one at the Ivanpah solar plant in California. Meanwhile, CO2 stored underground from, say, a coal plant is cooled to a solid dry ice state using excess grid power.

When extra electricity is needed at peak times, especially after the sun goes down, the heated salt can be tapped to warm up the solid CO2 to a "supercritical" state between a gas and solid. It's then funneled into purpose built turbines (from GE, naturally) which can rapidly generate power. The final "sunrotor" design (a prototype is shown below) would be able to generate enough energy to power 100,000 homes, according to GE.

The design could also tap wasted heat from gas-fired power plants, making them more efficient. GE senior engineer Stephen Sanborn thinks such a scheme would more than double the output of those systems, reducing the cost from $250 per megawatt-hour to $100. "It is so cheap because you are not making the energy, you are taking the energy from the sun or the turbine exhaust, storing it and transferring it," he says. In addition, the system would return up to 68 percent of the stored energy back to the grid, much more than the 61 percent of current gas-fired systems.

While the system is complex and requires expertise in refrigeration, heat-transfer, energy storage and chemical engineering, GE has in-house researchers in all those fields. In the short term, the technology could make gas plants 25 to 50 percent more efficient by tapping exhaust waste, significantly reducing CO2 output. Looking ahead, Sanborn thinks that the energy storage system could be put into commercial use in as little as five to 10 years. "We're not talking about three car batteries here," he says. "The result is a high-efficiency, high-performance renewable energy system that will reduce the use of fossil fuels for power generation."

Via: Discover.com
Source: General Electric
In this article: Battery, CarbonCapture, CO2, Coal, GE, GeneralElectric, green, science, Solar
All products recommended by Engadget are selected by our editorial team, independent of our parent company. Some of our stories include affiliate links. If you buy something through one of these links, we may earn an affiliate commission.