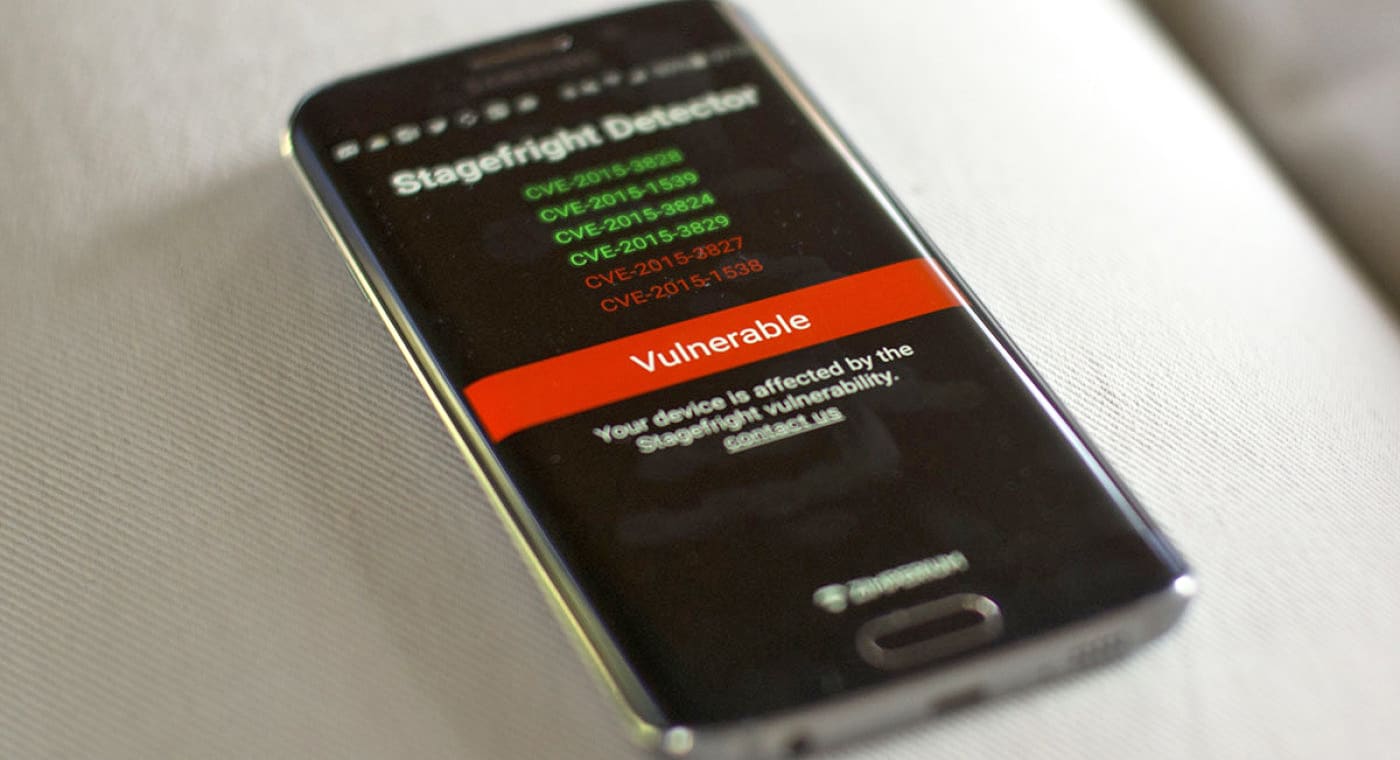 You may know that the Stagefright security flaw is theoretically dangerous, but it hasn't been that risky in practice -- it's just too difficult to implement on an Android device in a reliable way. Or rather, it was. Security researchers at NorthBit have developed a proof-of-concept Stagefright exploit, Metaphor, that reliably compromises Android phones. The key is a back-and-forth procedure that gauges a device's defenses before diving in. Visit a website with a maliciously-designed MPEG-4 video and the attack will crash Android's media server, send hardware data back to the attacker, send another video file, collect additional security data and deliver one last video file that actually infects the device.

It sounds laborious, but it works quickly: a typical attack breaks into a phone within 20 seconds. And while it's most effective on a Nexus 5 with stock firmware, it's known to work on the customized Android variants found on phones like the HTC One, LG G3 and Samsung Galaxy S5.

This doesn't amount to an in-the-wild attack, and you'll be fine if you're running Android 6.0 Marshmallow or any other OS version patched against Stagefright. The catch is that relatively few people are in that boat -- most Android users are running Lollipop or earlier, and only some of those devices have Stagefright patches. You're probably fine if you own a relatively recent device, but your friend with a years-old Android phone is at risk.

Update: Google has provided a response that elaborates on what we knew: you're protected against this if your phone has least the October 1st, 2015 security update installed. Read the full statement below.

"Android devices with a security patch level of October 1, 2015 or greater are protected because of a fix we released for this issue (CVE-2015-3864) last year. As always, we appreciate the security community's research efforts as they help further secure the Android ecosystem for everyone."

Via: ZDNet
Source: Exploit Database (PDF)
In this article: android, aslr, exploit, gear, metaphor, mobile, northbit, security, smartphone, stagefright, video, vulnerability
All products recommended by Engadget are selected by our editorial team, independent of our parent company. Some of our stories include affiliate links. If you buy something through one of these links, we may earn an affiliate commission.