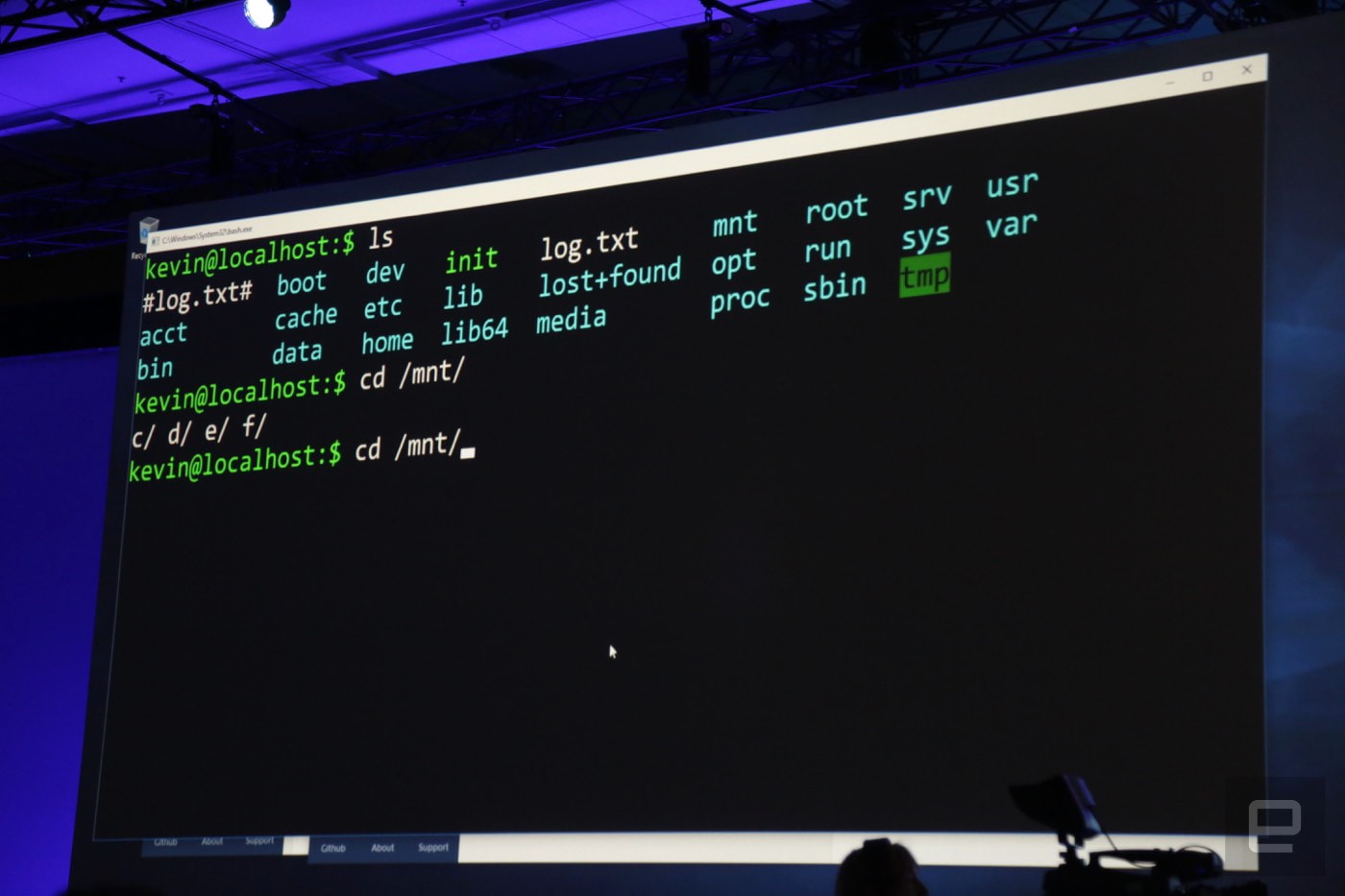 Now here's something you likely didn't expect at Microsoft's Build developer conference: A staple feature of Linux (and Unix) is coming to Windows 10. The company is integrating the Bash command-line shell and support for Ubuntu Linux binaries into Windows 10's Anniversary Update. This is, of course, big news for developers who want to use command-line tools while creating apps, but it's also important for power users who'd otherwise be tempted to install either third-party tools (like Cygwin) or a virtual machine.

Using Bash in consumer-focused, non-Linux environments isn't entirely new, of course. Thanks to its Unix roots, Apple's OS X has had the feature from the outset. However, this and other efforts (such as double-clicking to install universal Windows apps) show that Microsoft is determined to let you install and run apps the way you'd like rather than make you jump through hoops.

In this article: bash, build2016, commandline, developer, gear, linux, microsoft, personal computing, personalcomputing, ubuntu, unix, windows, windows10
All products recommended by Engadget are selected by our editorial team, independent of our parent company. Some of our stories include affiliate links. If you buy something through one of these links, we may earn an affiliate commission.