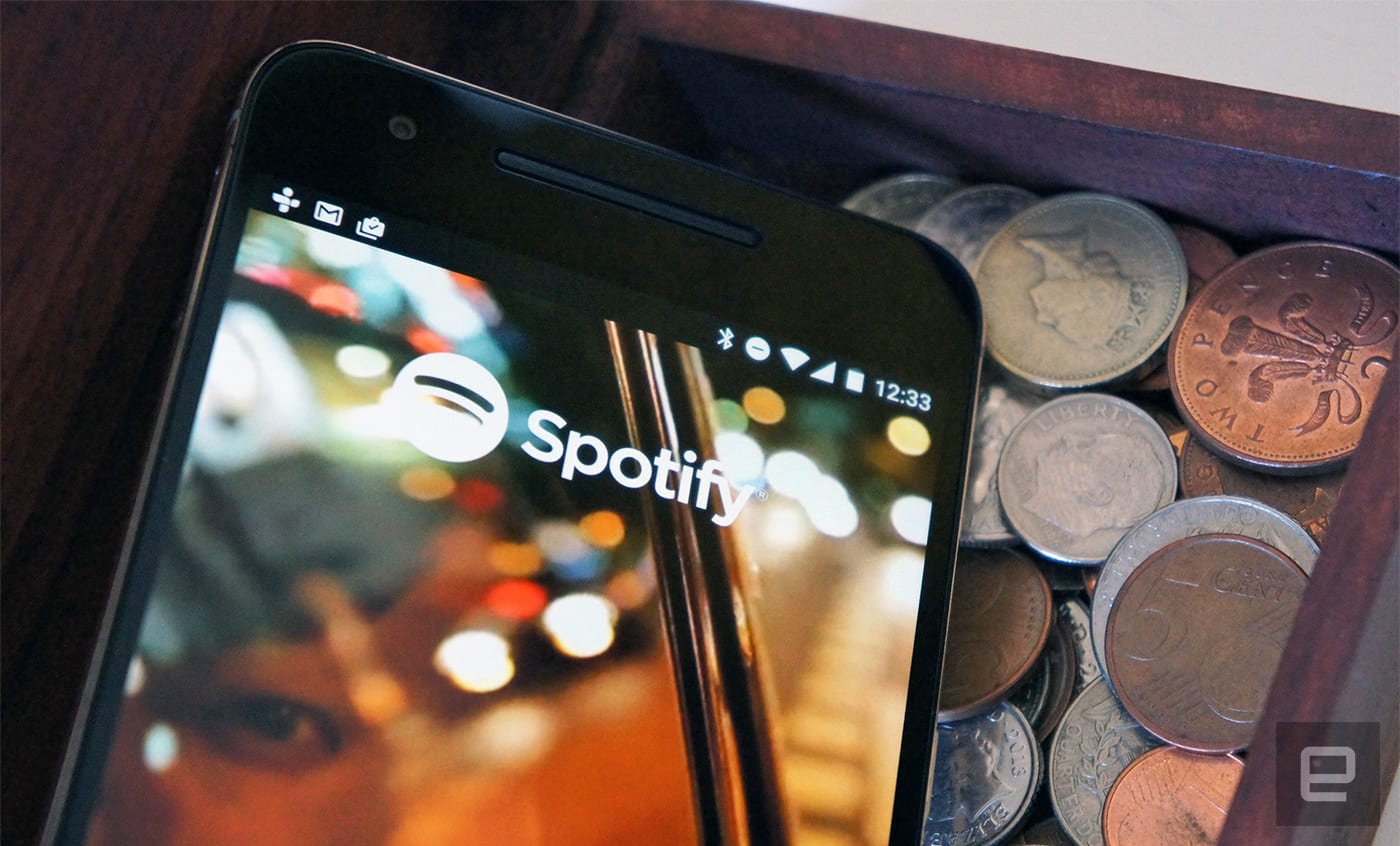 Spotify has raised $1 billion in a deal onlookers have called "strict" and "devilish." Rather than another equity-based funding round, the money was raised through convertible bonds (i.e. debt), with some restrictive terms mostly tied to Spotify going public with an IPO. Investors will be able to convert their bonds to shares at a 20-percent discount within the next year. After that, if the IPO still hasn't happened, that percentage will increase by 2.5 percent every six months. Additionally, as it's debt, there's interest to pay -- 5 percent yearly, which similarly will increase every six months after a year, this time by one percent.

If you're not interested in the exact terms, the summary is that Spotify has locked itself into a contract that will start getting much more costly after 12 months. After two years, for example, that $1 billion cash injection could cost the company some $1.25 billion worth of shares and more than $100 million in interest -- it's in the company's best interest, then, to go public sooner rather than later.

As for what the money could be used for, the official line is that it'll be spent on growth and marketing. While the latter term is clear, what exactly "growth" entails is nebulous. An acquisition of an embattled rival service like Pandora has been posited -- such a deal would likely have to involve ramping up more debt or handing over equity, though. Recode's Peter Kafka suggests it could be used to purchase more rights to expand the company's efforts in video. The final, less interesting option, would be that the company is just making sure it has enough money to compete with Apple Music. It has a considerable lead over that service, but Apple's coffers run very deep (even if they're shallower than many suggest).

Whatever the reason, Spotify had "more than $600 million left" in the bank before the new cash injection, according to The Wall Street Journal. Adding another billion to that figure gives the company a considerable war chest for the year ahead.

Coverage: The Wall Street Journal, ReCode, TechCrunch
In this article: bonds, debt, entertainment, gear, ipo, services, spotify
All products recommended by Engadget are selected by our editorial team, independent of our parent company. Some of our stories include affiliate links. If you buy something through one of these links, we may earn an affiliate commission.