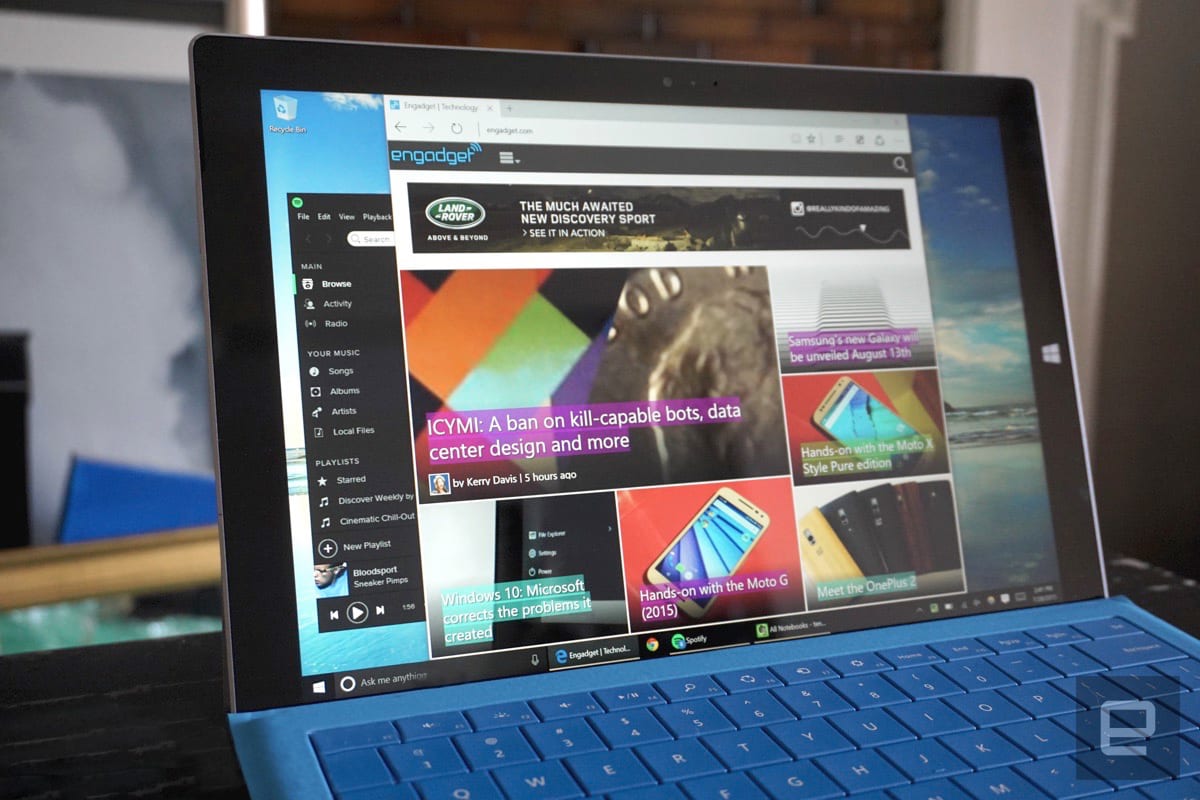 Microsoft has announced some important new extensions for its Edge browser at the annual Build developer conference. Major services like Pinterest, Amazon, Evernote, LastPass, Reddit, Adblock and Adblock Plus can now plug into Microsoft's newest browser. This comes a few weeks after an updated version of Edge rolled out that supported a paltry three extensions; those announced at Build bring the number up a little bit, but Edge still lags far behind Chrome, Firefox or even Safari in this department.

It's worth noting that the support for Adblock and Adblock Plus extensions is how Microsoft plans to offer an ad-blocking experience. Originally, some slides from a developer presentation made it seem as if Edge would have built-in ad-blocking; instead, it'll just support the feature from third-party developers. That's just how Apple and Google handle ad-blocking with Safari and Chrome.

While it's good that Microsoft is supporting more extensions, the company has a lot of work to do to close the gap with its browser competition. Most users probably don't use more than a handful of extensions (and lots probably don't use any at all), but those who swear by them likely won't switch to Microsoft's browser without replacements.

Via: VentureBeat
Source: Microsoft
In this article: build2016, edge, edgebrowser, extensions, gear, internet, microsoft, microsoftedge
All products recommended by Engadget are selected by our editorial team, independent of our parent company. Some of our stories include affiliate links. If you buy something through one of these links, we may earn an affiliate commission.