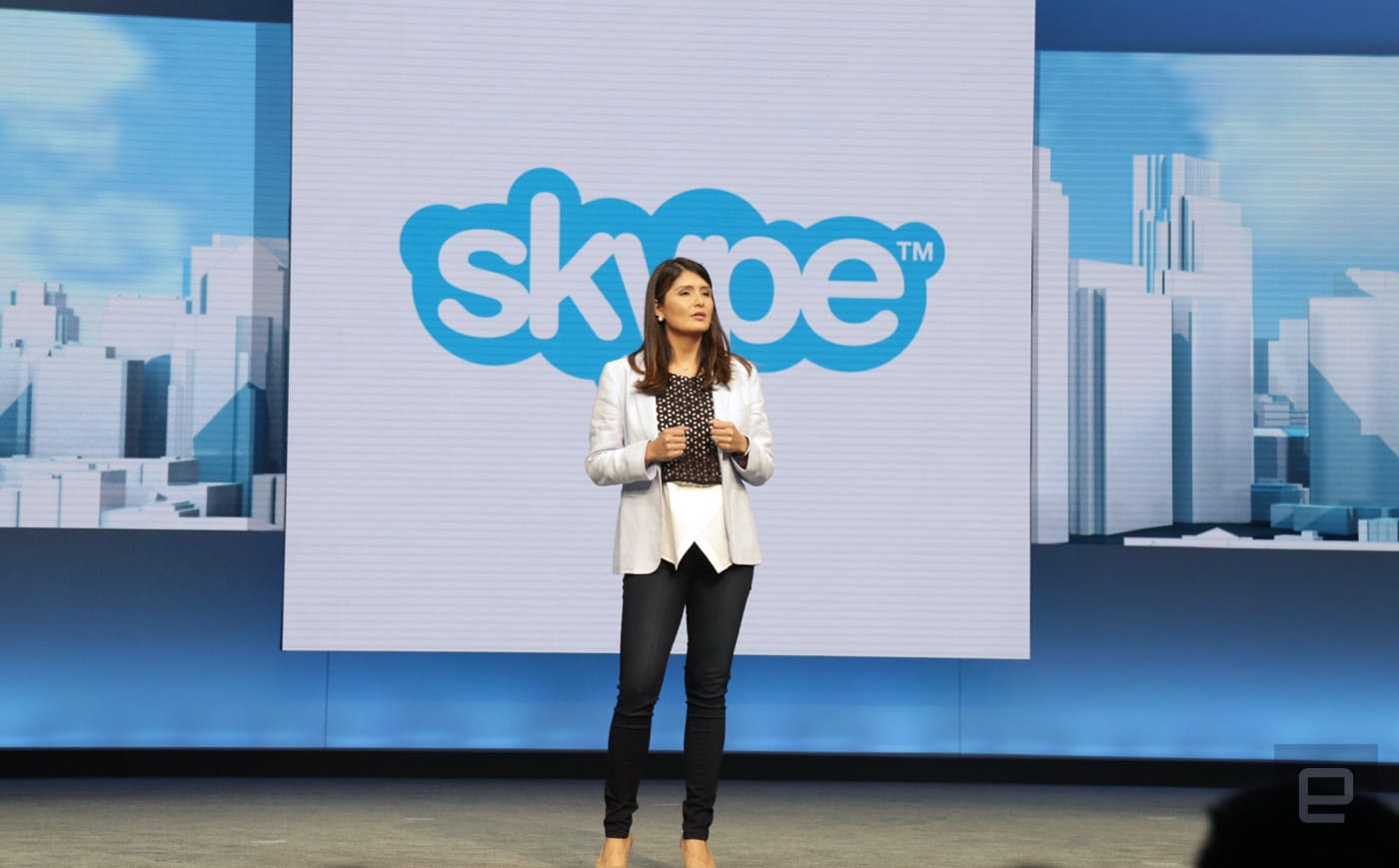 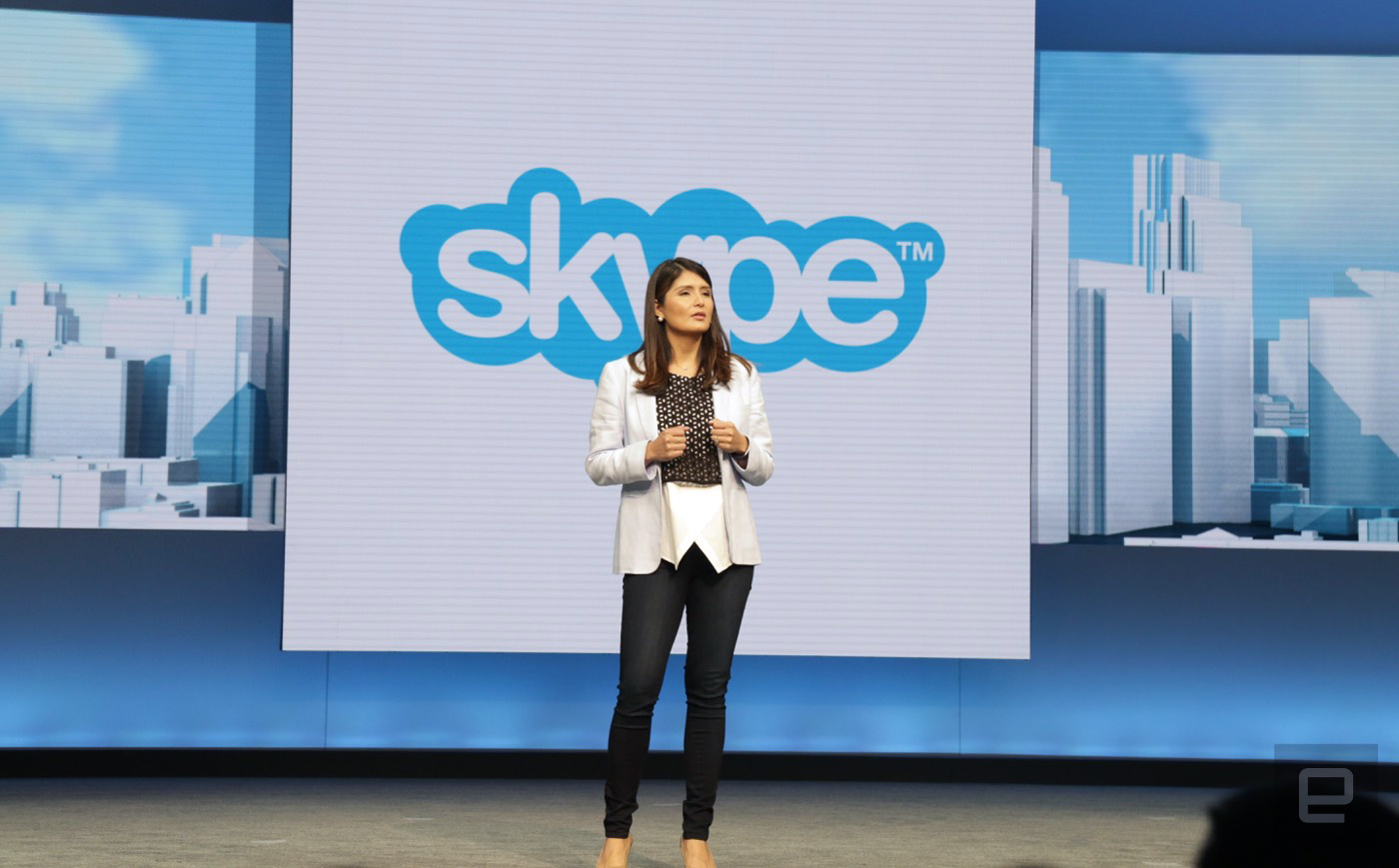 At Build 2016, Microsoft offered a glimpse at the company's future. We saw a preview of new universal apps, Linux development within Windows 10, a HoloLens update and its brand new Cortana-fueled AI strategy. But we might have also had a peek at another side of Microsoft, one that is attempting to acknowledge and perhaps overcome its diversity issues.

During the company's keynote, four out of 11 Microsoft employees who presented on stage were women (there was one non-employee: Pamela Davis, Case Western Reserve University medical school dean). That's not quite 50 percent, but it's still an impressive number. Especially when you consider that most tech keynotes don't usually have so many women on stage. Apple's keynote a couple weeks ago had one woman out of five presenters; its iPhone event last year had three out of 14. Last year's Google I/O featured three women out of nine. 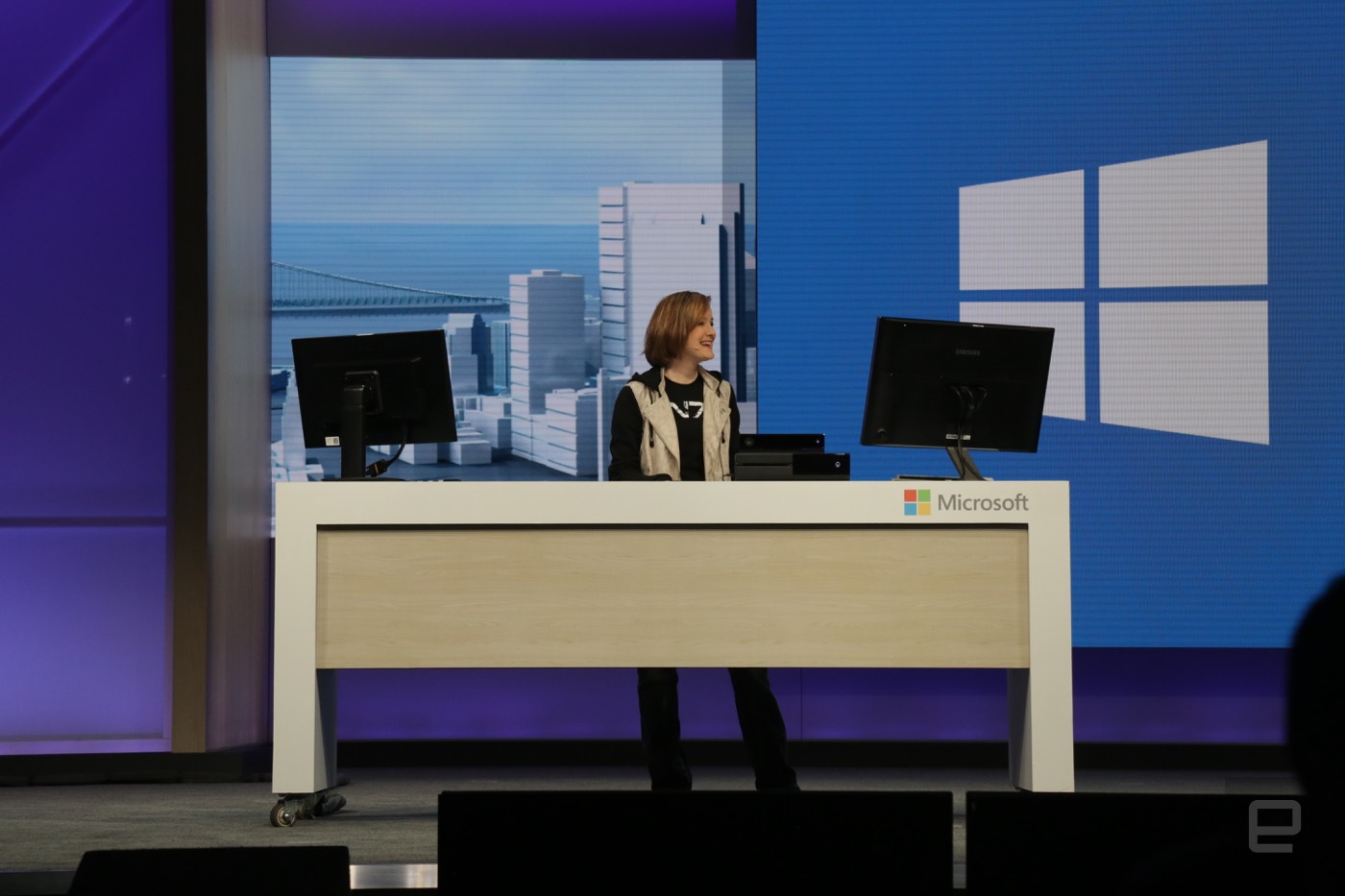 It's even more noteworthy when you consider Microsoft's latest faux pas. A couple weeks ago, it hired several scantily-clad women to dance at a company-hosted party during the annual Game Developer's Conference in San Francisco. It was a bad look for a company that has made public statements pledging to increase diversity within its ranks.

Microsoft admits it, too: Shortly after it received criticism for the party, head of Xbox Phil Spencer apologized, stating: "We must ensure that diversity and inclusion are central to our everyday business and core values. We will do better in the future." 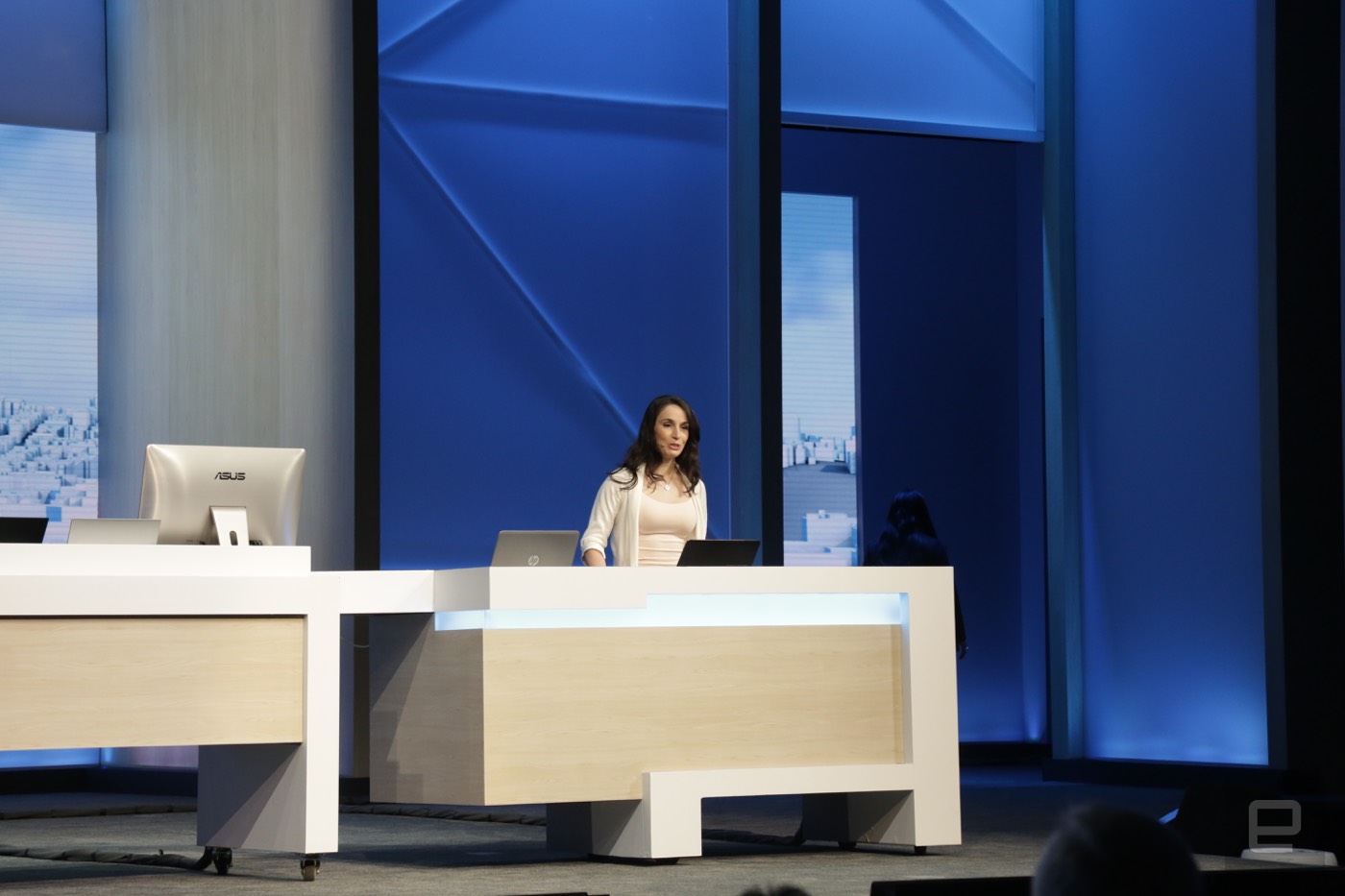 The fact that four out of 11 -- that's 37 percent! -- of presenters at the firm's developer conference are women is certainly better. It's also great to see that these women on stage were not necessarily marketing executives, but engineers and product managers, people who are immersed in the day-to-day technological side of creating a product. Ashley Speicher is an Xbox game dev, Lilian Rincon is the principal group manager from the Skype team, Lili Cheng is an engineer and Cornelia Carapcea is a senior product manager for Microsoft's cognitive services. 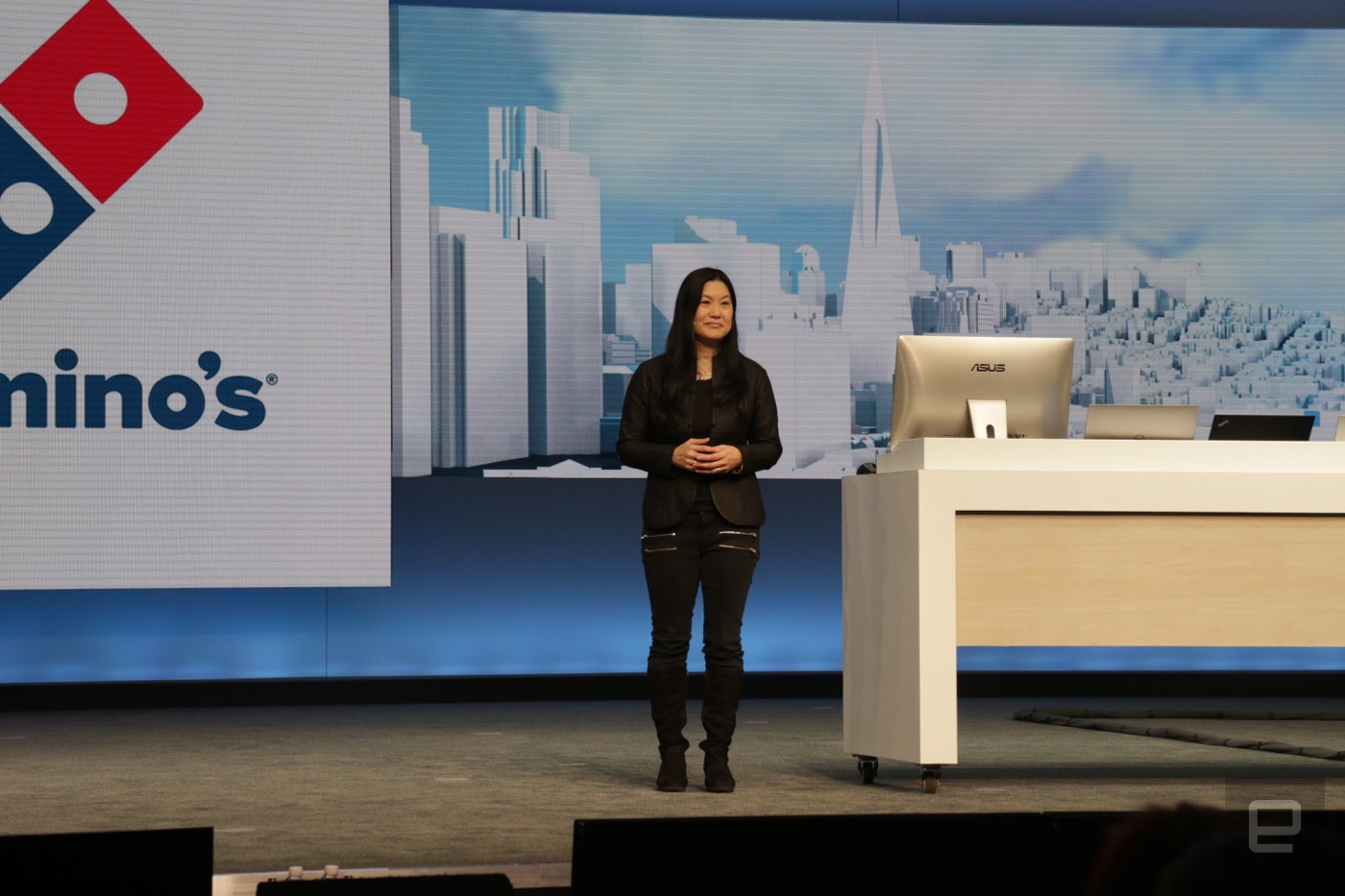 That said, Microsoft's efforts shouldn't stop there. It's all well and good to make a show of diversity at a keynote, but it's more important to increase diversity efforts within the company as a whole. At last check, 26.8 percent of Microsoft's global organization are women, while only 17 percent of both tech and leadership positions are filled by women.

But it's good to see Microsoft at least make an attempt. If the company cared enough to increase gender diversity on stage, perhaps that'll translate to the rest of the firm. And, hopefully, to the tech industry as a whole.

In this article: ashleyspeicher, build2016, corneliacarapcea, culture, diversity, gear, lilianrincon, lilicheng, microsoft, personal computing, personalcomputing, politics, timeline16diversity
All products recommended by Engadget are selected by our editorial team, independent of our parent company. Some of our stories include affiliate links. If you buy something through one of these links, we may earn an affiliate commission.