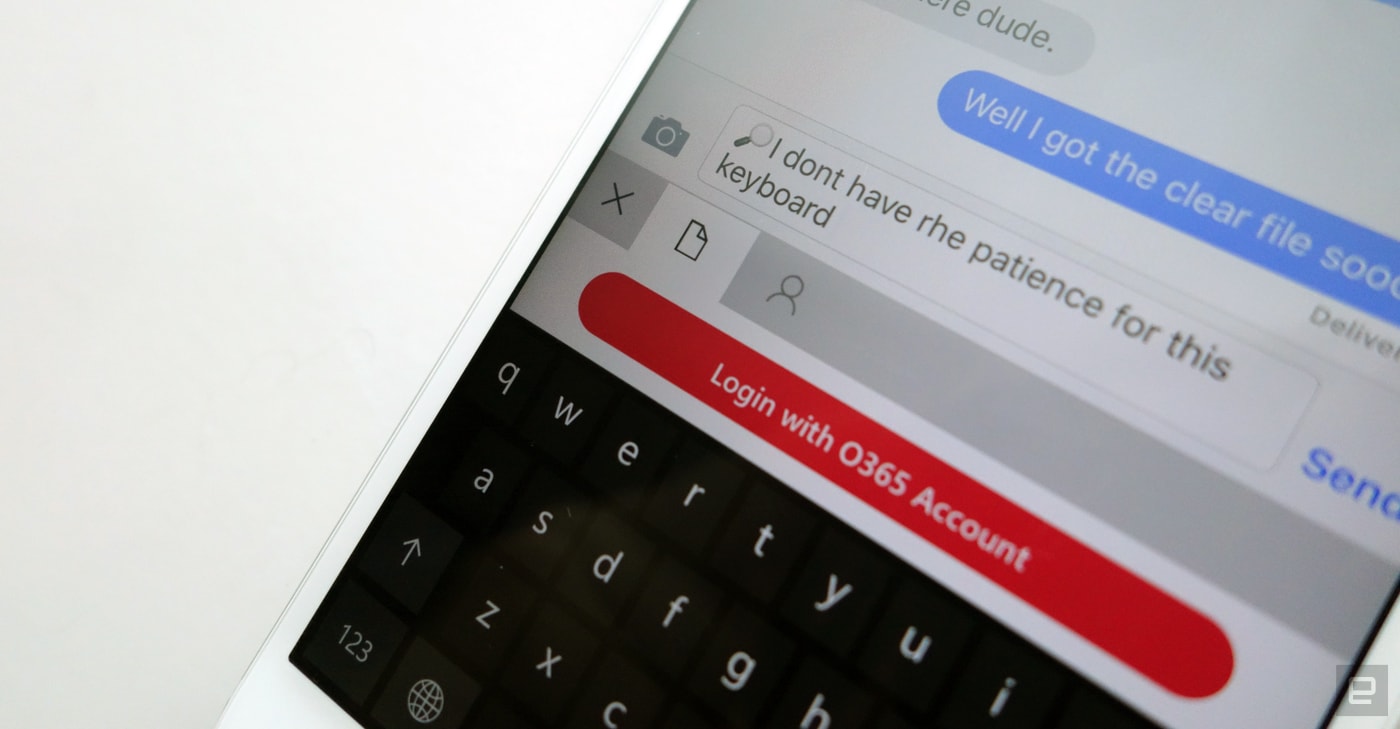 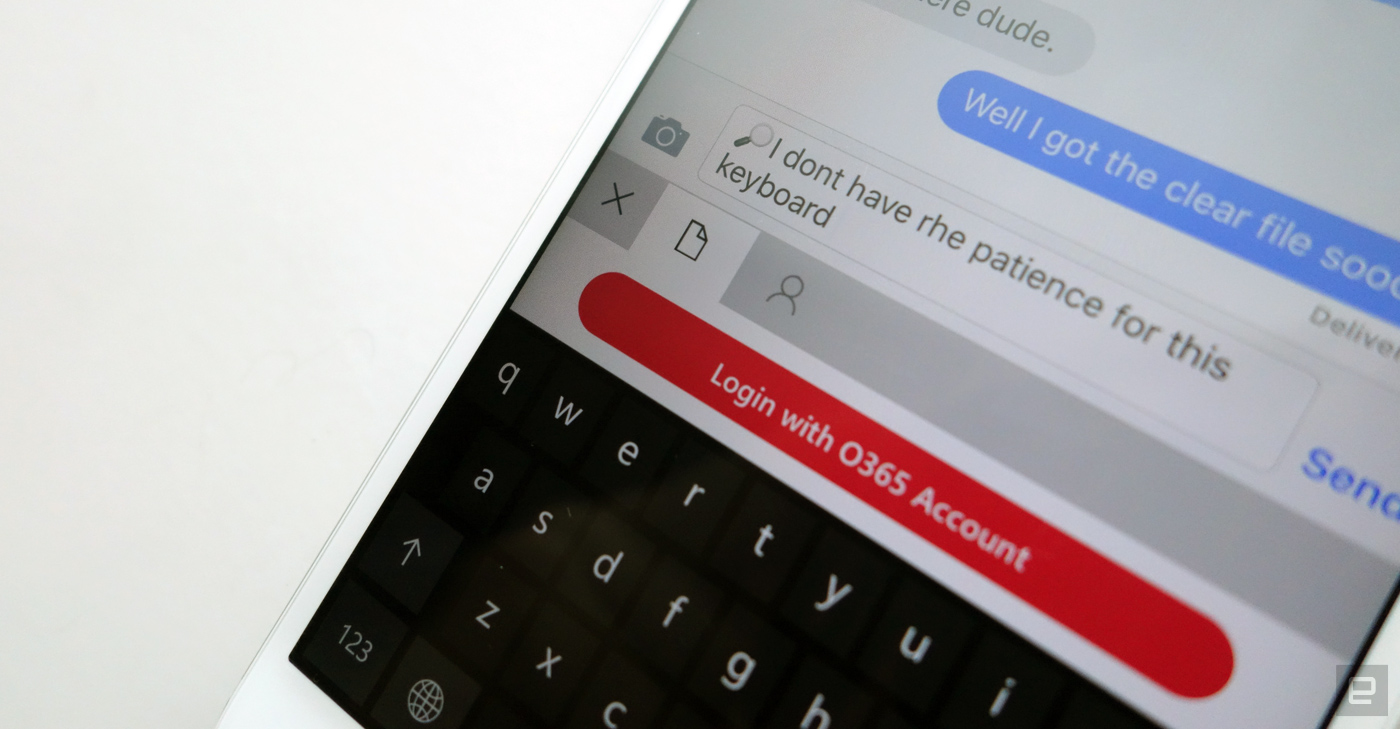 Microsoft's Garage team makes all kinds of experiment apps and then usually puts them out onto competitors' devices. Sometimes, they're a different approach to connected life, other times it's a mystery why Microsoft made them in the first place. This time, it's brought the Hub Keyboard (previously seen on Android) to the iPhone. If you're using Office 365 regularly, the ability to search and pull from your documents and your contacts (from just above the keyboard), is a timesaver -- no more switching between your work apps and email. It's like function keys, reinvented in a world of mobile typing. But, if you're not an Office 365 user, like me, then there's less here to pull you away from either the baked-in iOS keyboard or Swiftkey -- now a Microsoft thing itself.

Without putting its hooks into your Office 365 login, the only feature left is a convenient shortcut bar that shows your last "copy". It's compatible with web addresses or simple text, (if it's an Office 360 thing, then it's also signposted with the right icon.) When it comes to the keyboard itself, still as barebones as its Google iteration at launch. In fact it feels like typing on a Windows Phone. Autocorrect exists, but is minimal: I had to capitalize my 'I's and add apostrophes when needed. Microsoft must still be working out how to harness the powers of SwiftKey. We'll keep waiting.

Source: Hub Keyboard (iTunes)
In this article: garage, gear, hub, hubkeyboard, iphonekeyboard, microsoft, MicrosoftGarage, mobile, services
All products recommended by Engadget are selected by our editorial team, independent of our parent company. Some of our stories include affiliate links. If you buy something through one of these links, we may earn an affiliate commission.