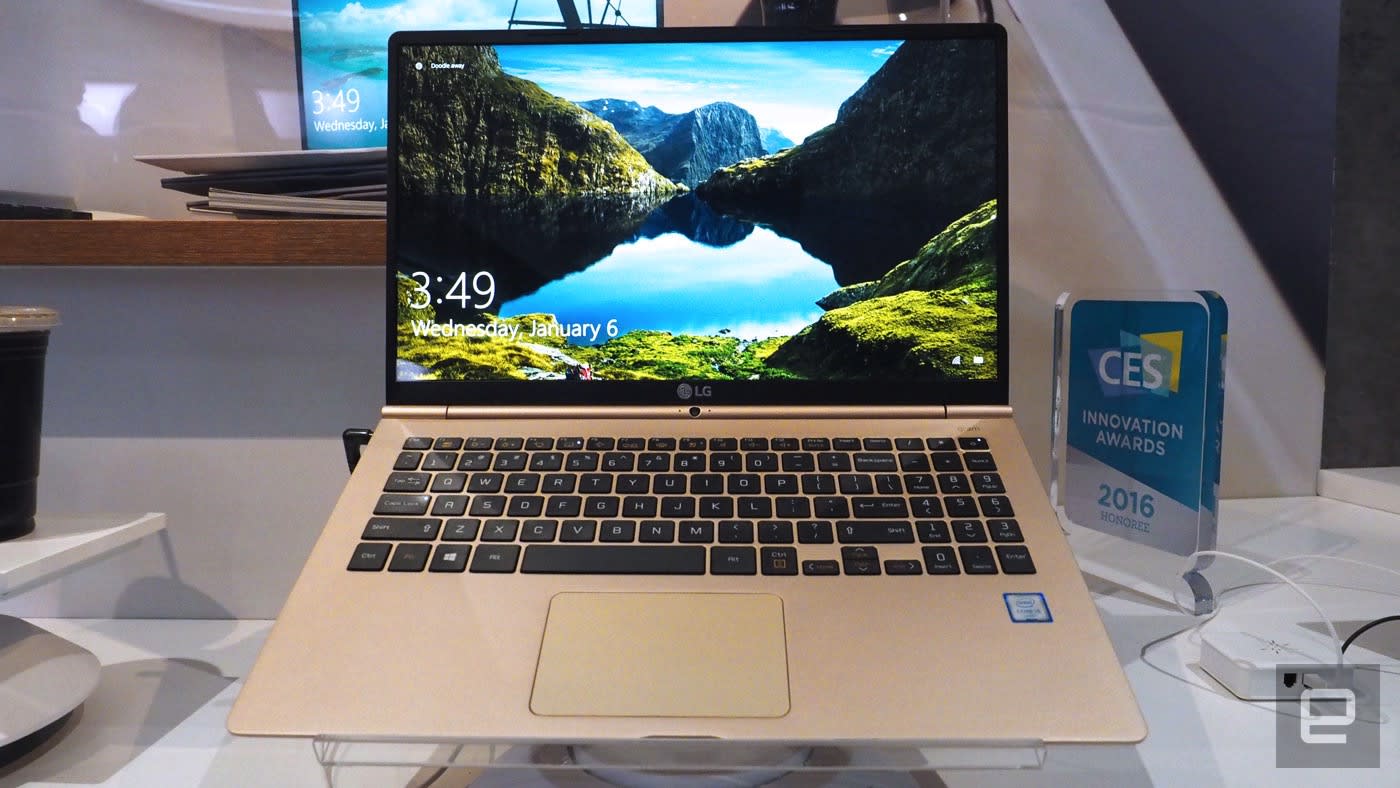 We got a preview of of LG's 15-inch Gram laptop back in January, but now it's finally coming to the US. Like its 13- and 14-inch kin that dropped last fall, the 15-inch model is a clear MacBook competitor, from its specifications to its sleek metal design. The 15-inch laptop comes in two versions: a more affordable $1,100 configuration with a sixth-gen Intel Core i5 processor and a slightly beefier $1,500 option with an i7 chip. For reference, the 15-inch Gram, at 2.2 pounds is half the weight of Apple's only 15-inch laptop, the Macbook Pro.

The 15-inch Gram's specs haven't changed since we saw it earlier this year: a 1080p screen, USB Type-C port, a 256GB or 512GB solid-state drive and 8GB of RAM. Compared to the 14-inch version, you're paying $100 more for the 15-inch's slightly larger screen and double the storage space.That's still cheaper than the 15-inch MacBook Pro, which starts at $2000, though the 15-inch Gram's 1,920 x 1,080 resolution can't match the Retina display's 2,880 x 1,800 maximum resolution. Nor does it appear that the 15-inch LG offers a discrete graphics card option like the top-tier MacBook Pro. In addition to USB-C, the 15-inch Gram has USB 3.0, micro-USB and HDMI sockets, along with a microSD slot. LG claims 7-hour battery life, which is nothing to sneeze at, but it isn't quite the 9-hour battery life that the Macbook Pro claims.Unlike the earlier Gram laptops that were sold on Amazon but were only physically available at Microsoft stores, this larger model will sell at Fry's, B&H, and Microcenter.

Source: LG (Core i5), LG (Core i7)
In this article: apple, gadgetry, gadgets, gear, lg, personal computing, personalcomputing
All products recommended by Engadget are selected by our editorial team, independent of our parent company. Some of our stories include affiliate links. If you buy something through one of these links, we may earn an affiliate commission.