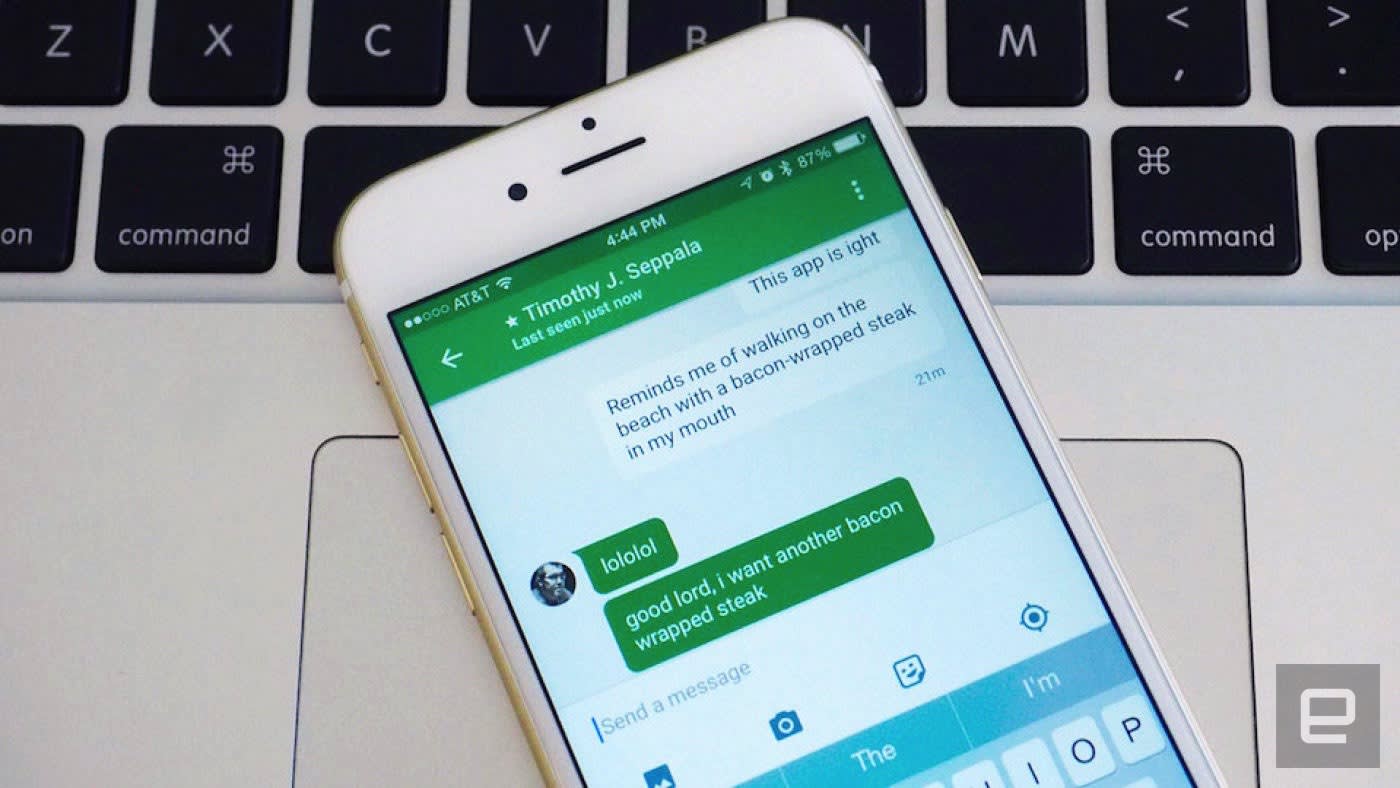 Google has released Hangouts version 9 for iPhone and iPad, introducing several new useful features that users have been clamoring for. If it's been a hassle every single time you've needed to share a file or photo, you should be pleased with the changes.

We're talking a native iOS share extension, which finally eliminates the frustration of being unable to share content via Hangouts on iOS without using the actual Hangouts app. Instead, you're now able to now activate a special Hangouts extension within Photos or Safari that allows you to share images, videos, URLs and more as long as you're logged in. There's a new menu available where you can select which account you want to use as well as the contact you want to send to.

Beyond making it easier to share files between Hangouts users, the update adds a new Low Power Mode behavior. If your iPhone enters this state, Hangouts will automatically suspend video sharing during calls. While certain multitasking features like Slide Over and Split View still aren't available, there's still a lot for the avid Hangouts user to love.

Source: 9to5Mac
In this article: app, google, hangouts, instantmessaging, internet, ios9
All products recommended by Engadget are selected by our editorial team, independent of our parent company. Some of our stories include affiliate links. If you buy something through one of these links, we may earn an affiliate commission.