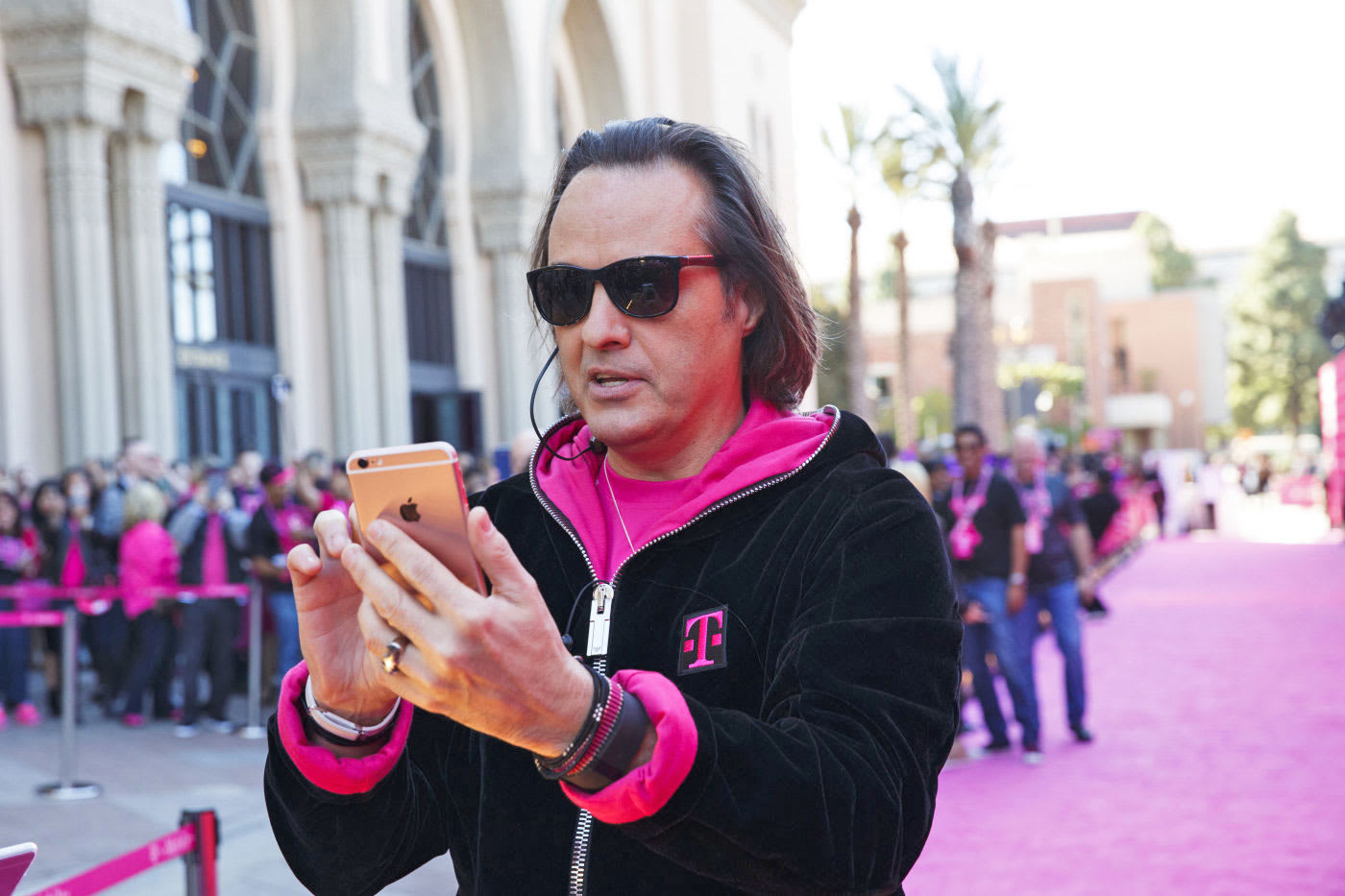 T-Mobile's hot streak isn't ending any time soon. The magenta-hued carrier has posted results for the first quarter of 2016 that suggest its strategy of loading on perks is paying off. It racked up 2.2 million total new customers, over 1 million of which were highly coveted postpaid (regular subscription) users. For context, Verizon added "just" 640,000 postpaid users in the same quarter -- although T-Mobile's 65.5 million total customers still pales in comparison to Verizon's 112.6 million, it's catching up. The jury's still out on AT&T and Sprint, which respectively post their figures later today (April 26th) and on May 3rd, but they'll have a high bar to clear.

Its bottom line is doing well, too. Its total revenues are up over 10 percent to $8.8 billion, and it made a tidy $479 million in profit. That's peanuts next to the profits of its biggest competition (Verizon took in $4.4 billion this quarter), but no mean feat for a carrier that still thrives on cost-conscious prepaid users.

And crucially, T-Mobile is predicting a rosy future. It's dramatically increasing its expected postpaid subscriber additions this year from a minimum of 2.4 million to at least 3.2 million, and now expects to rake in at least $9.7 billion in earnings for 2016 compared to its previous estimate of $9.1 billion. Whatever you think of T-Mobile, it's clear that the network doesn't expect anyone to slow it down for a long, long time.

Source: T-Mobile
In this article: carrier, earnings, gear, mobile, q12016, t-mobile, wireless
All products recommended by Engadget are selected by our editorial team, independent of our parent company. Some of our stories include affiliate links. If you buy something through one of these links, we may earn an affiliate commission.