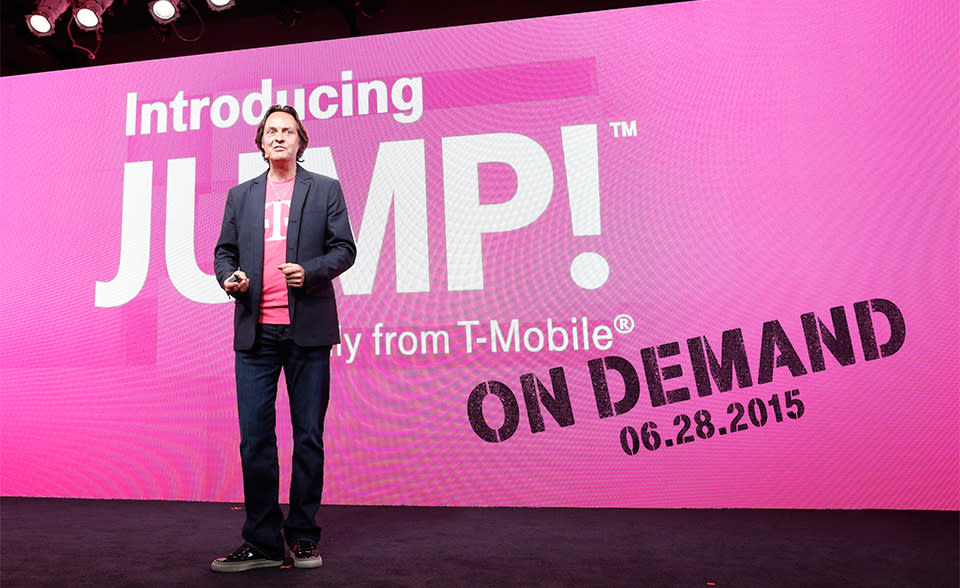 Sprint CEO Marcelo Claure recently said he was tired of T-Mobile's "Uncarrier bullshit," but that BS has almost certainly helped it displace Sprint as the nation's third-largest carrier. T-Mobile's preliminary earnings report shows that it added 2.1 million new customers this quarter, giving it 58.9 million in total. As of May, Sprint had 57.1 million customers after adding 1.2 million in the previous quarter. Depending on Sprint's performance over the past few months, T-Mobile might sprint ahead of it by next quarter. As if that isn't enough, Legere also announced the company's latest Uncarrier move, and it's sure to make Claure "mad, bro."

T-Mobile is extending its Simple Choice plan to include calling in Canada and Mexico as part of what it's calling "Mobile without Borders." Simple Choice already allows users to text and use data in well over 100 countries, but the addition of calling to the plan means that you'll be able to use your phone as if you were at home from anywhere in the continent. If that sounds a little familiar, that's because AT&T recently announced it plans to create a "North American Service Area" after the purchase of Mexican carrier Nextel goes through. Unfortunately, AT&T's North America forgot about Canada, meaning T-Mobile's roaming deal seemingly tops AT&T's before it's even launched.

In this article: Carrier, earnings, financials, mobilepostcross, sprint, t-mobile
All products recommended by Engadget are selected by our editorial team, independent of our parent company. Some of our stories include affiliate links. If you buy something through one of these links, we may earn an affiliate commission.