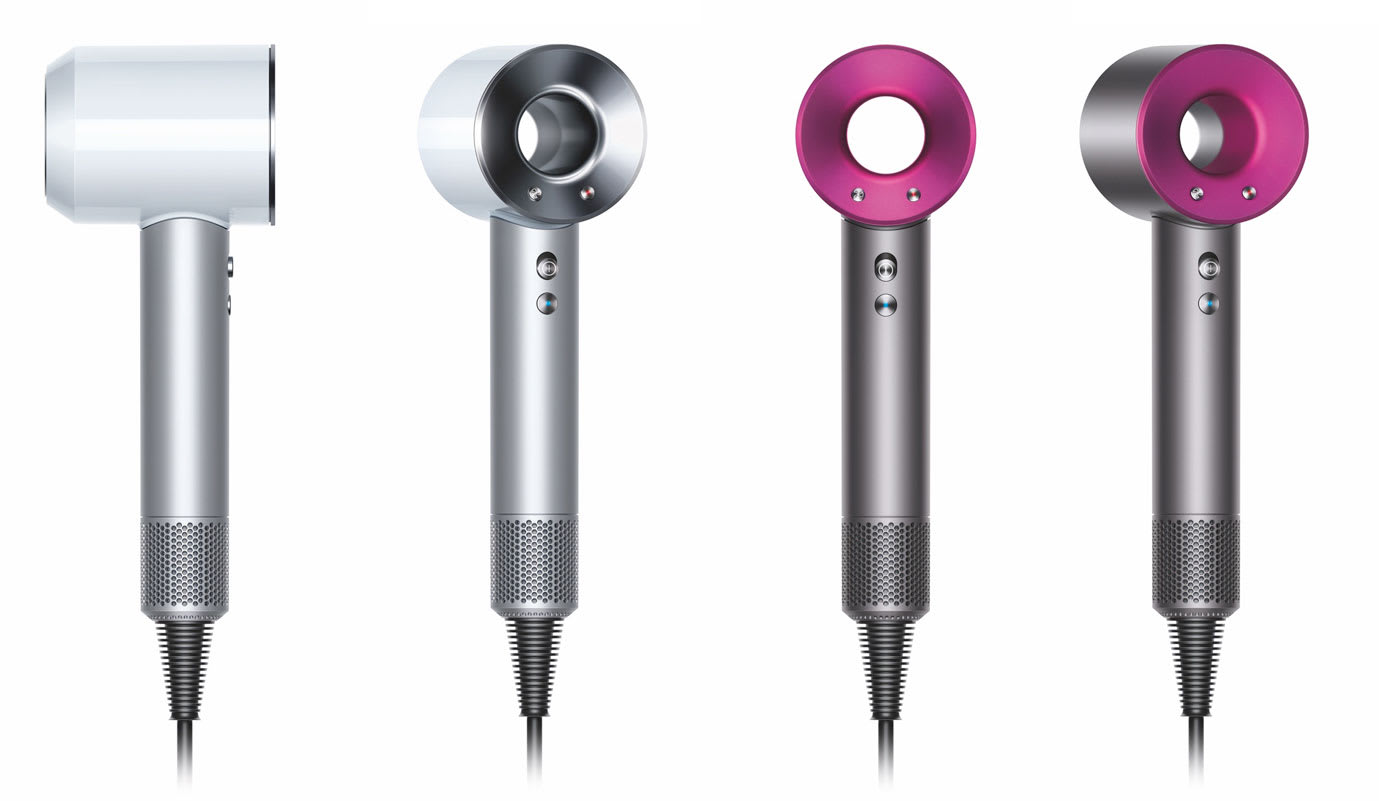 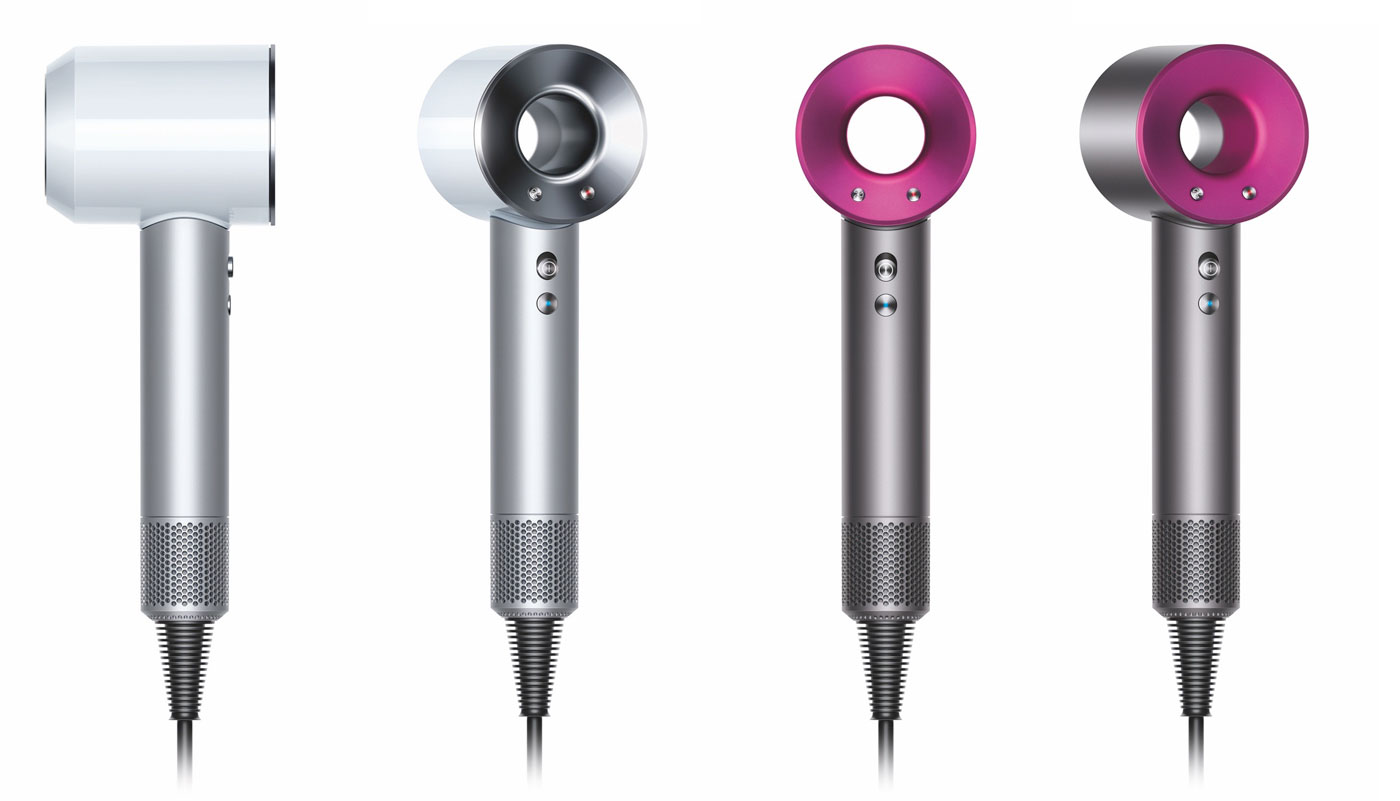 Dyson teased its press event this week by sending out tiny, sharp motor parts to journalists (including this one). Now we get to see the rest of the thing. The company's first foray into beauty is, perhaps predictably, a hairdryer. The Supersonic, as it's called, has all the design hallmarks of a Dyson: It's circular and smooth, with a metallic finish and a splash of loud color. Compared to everything that's come before it, however, it's so... small. All told, the company spent four years and $71 million to make its hair dryer, with the sort of specifications and research backstory of a car. The press release explains the 600 prototypes, over 100 patents pending and a cast of 103 engineers that worked on it. It helps to explain the price ($400), but even salon-level hair dryers hover around the $300 mark. Founder James Dyson reckons existing dryers can be "heavy, inefficient, and make a racket."

"By looking at them further, we realized that they can also cause extreme heat damage to hair." He believes the Supersonic solves those issues. Three magnetically-connecting attachments can adjust the output for different hair styles, and include a diffuser and... can you tell I'm out of my depth? Those accessories have a "double skin," so that while the inner part gets hot, the outer stays cool. 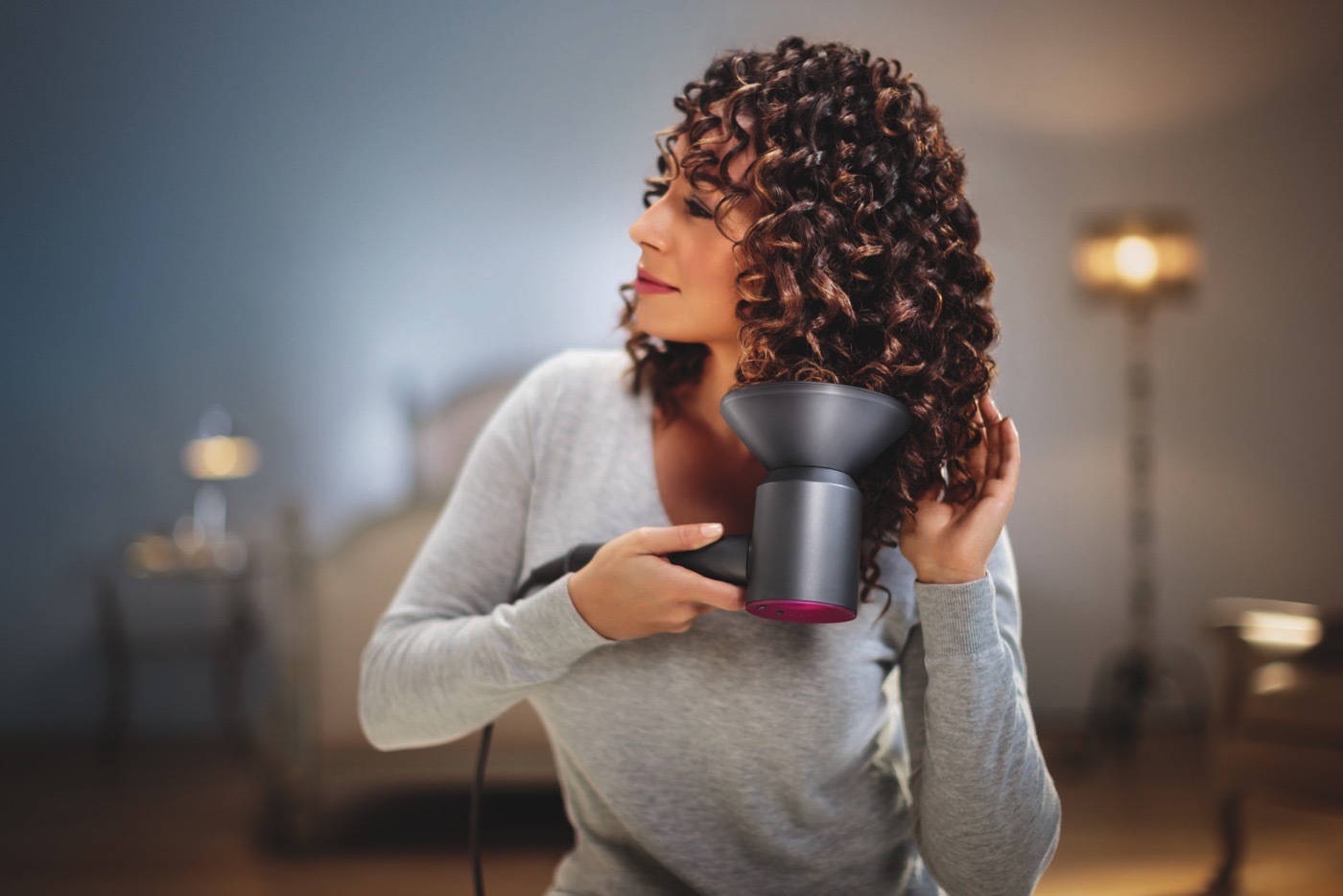 However, the engineering jewel inside is a new V9 digital motor -- Dyson's smallest, lightest motor yet. The company even drafted in a team of aero-acoustic engineers (new career goal) to tinker with the noise the Supersonic makes. The team increased the motors' blades from 11 to 13, which meant that one of the tones made by the motor was rendered inaudible for humans. Sir James Dyson also noted at the press launch in Tokyo that with a speed of 110,000 rotations per minute, it moves fast enough to classify itself as ultrasonic.

The entire dryer has also been weight balanced for easier handling -- something that isn't usually the case for hair dryers. You'll get to handle one for yourself later this year: The Supersonic will launch in the US exclusively at Sephora this September.

In this article: dyson, gadgetry, gadgets, gear, hair, hairdryer, jamesdyson, japan, supersonic
All products recommended by Engadget are selected by our editorial team, independent of our parent company. Some of our stories include affiliate links. If you buy something through one of these links, we may earn an affiliate commission.