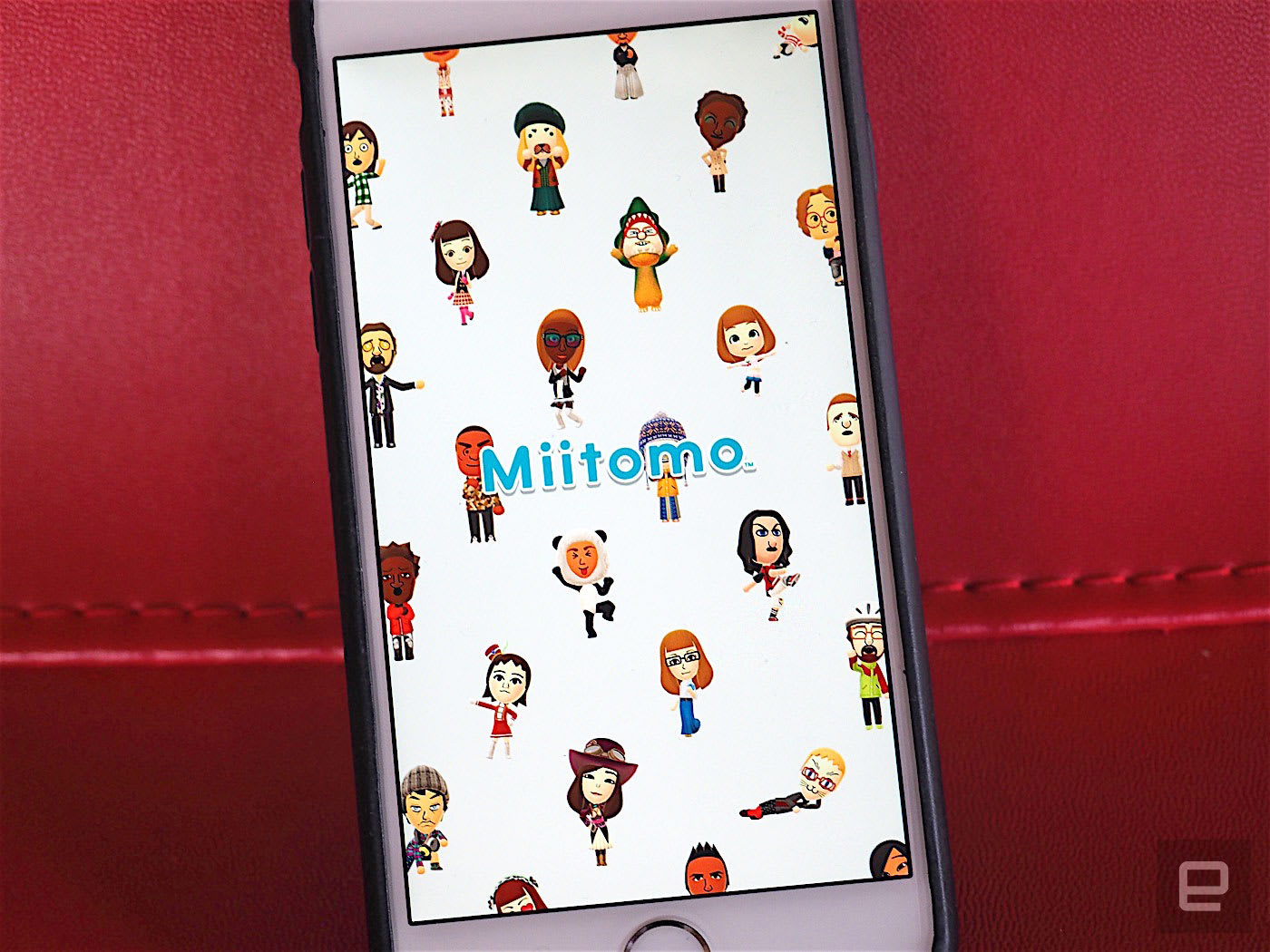 Nintendo dropped a pile of news on our laps this morning. Along with its earnings, the Japanese game company gave us a release date for its new NX console, announced a pair of new mobile apps and delayed Zelda into 2017. Buried in among these bigger items is the detail that its first mobile app, Miitomo, now has over 10 million unique users.

Over 10M users worldwide have enjoyed #Miitomo! Are you among them? pic.twitter.com/RX16wrTN9Q

That's an impressive number for an app that's been available for less than two months. During that time, Nintendo says over 20 million "Miifotos" have been saved. A Miifoto is a small, sharable images of user's in-game avatar, designed to be shared on social networks like Twitter and Facebook.

It could be argued -- and my colleague Nicole has -- that Nintendo's app is a social network in and of itself. Although it differs in many ways, Miitomo employs the same hook of Twitter and Facebook likes by rewarding you with coins for answering questions or sharing photos. And in that way, it's certainly doing better at carving out a slice of the market than other app-based networks like Path.

For its next two mobile apps, Nintendo will be sticking more closely to its roots. A version of Fire Emblem will come to smartphones that'll be "more accessible in comparison to the Fire Emblem games for Nintendo's dedicated gaming systems." It strongly hints that another app, this time based on the popular Animal Crossing franchise, will link with existing titles in the series for dedicated systems like the 3DS and Wii U. "By playing both Animal Crossing games, users will find increased enjoyment," the company says. Compared to Miitomo, both of these are "pure game applications" and have "more prominent game elements." If it can match half of Miitomo's figures with Fire Emblem and Animal Crossing, Nintendo will definitely be on the path to mobile success.

Source: Nintendo
In this article: app, av, game, gaming, gear, miifoto, miitomo, mobile, nintendo, services, smartphone, socialnetwork
All products recommended by Engadget are selected by our editorial team, independent of our parent company. Some of our stories include affiliate links. If you buy something through one of these links, we may earn an affiliate commission.