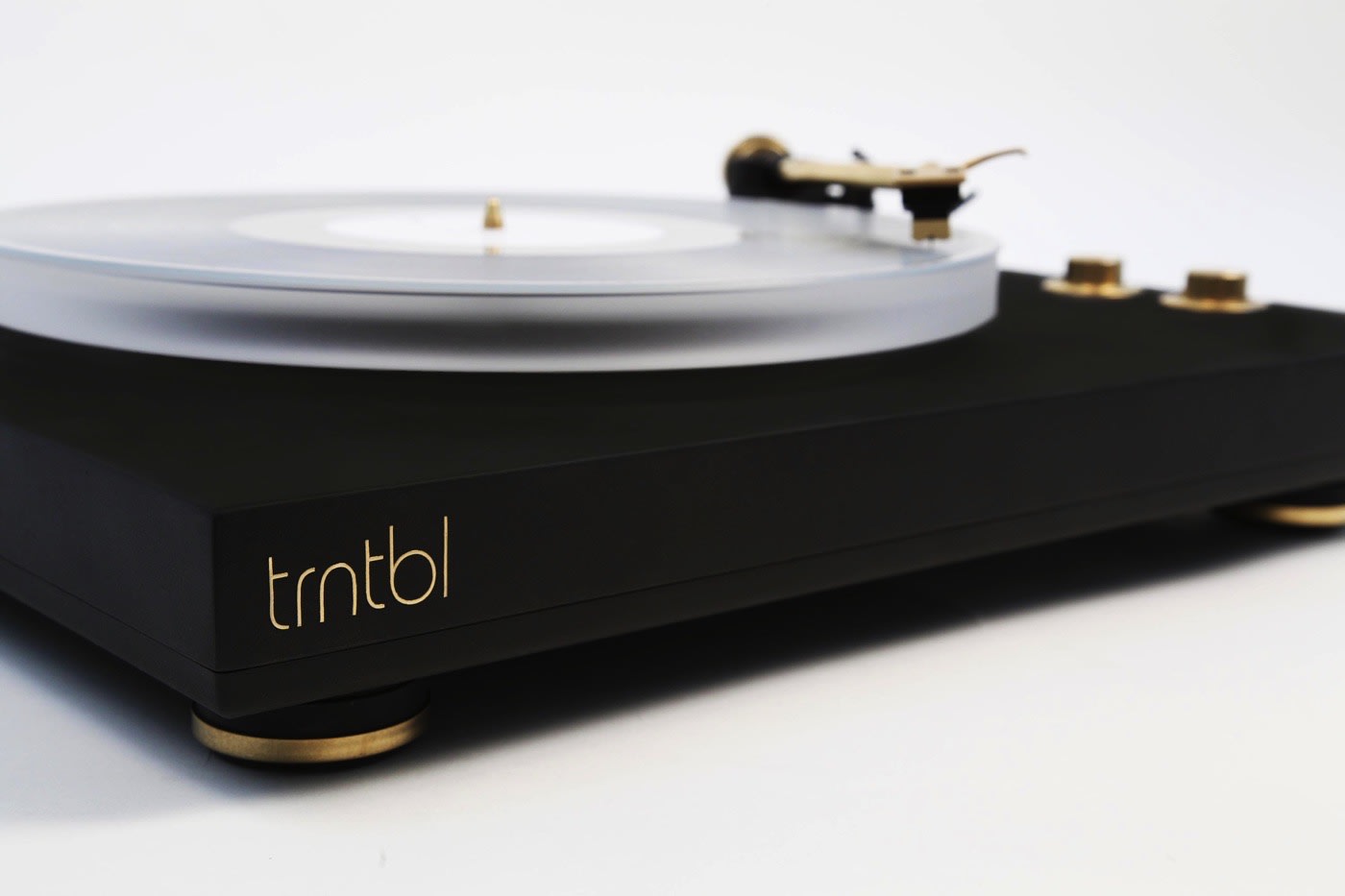 Perhaps you've heard of VNYL: the $39 record subscription service that sends you three new albums a month based on your musical tastes. After offering the vinyl aspect of the audio equation, the company is looking to provide the gear you'll need to spin those records, too. TRNTBL (we should've seen this coming), is a belt-driven wireless turntable that connects to your speakers, headphones and other devices via Bluetooth and AirPlay. Despite its claims, the gadget isn't the first wireless turntable, as both ION and Audio Technica have Bluetooth-equipped models of their own.

So what's the hook here? Well, TRNTBL identifies what's playing on the device while its spinning, so you can share it via your various social channels. It also shares what you're playing to Spotify, at which point a couple of things happen. First, it builds a playlist of what's spinning on the gadget based on that identification process -- similar to the collection that's automatically built when you Shazam songs. There's also a "Tune-In" feature that lets your pals follow along on the streaming service in real time or access the playlist from the beginning you've started. VNYL says the feature is kind of like Periscope, but for music.

What's more, the turntable works with Sonos' audio gear, streaming uncompressed audio to the speakers just like you were pulling it from Apple Music, Pandora and others. Finer details are a bit scarce for now, but if that's enough to temp you, TRNTBL is up for pre-order now for $351. It's set to ship this summer, and when it does, the price will jump to $420. You'll have the option of two colors, though both the black and white models feature gold accents and hardware.

Source: VNYL
In this article: airplay, audio, av, bluetooth, gear, music, records, sonos, spotify, trntbl, turntable, vinyl, vynl
All products recommended by Engadget are selected by our editorial team, independent of our parent company. Some of our stories include affiliate links. If you buy something through one of these links, we may earn an affiliate commission.