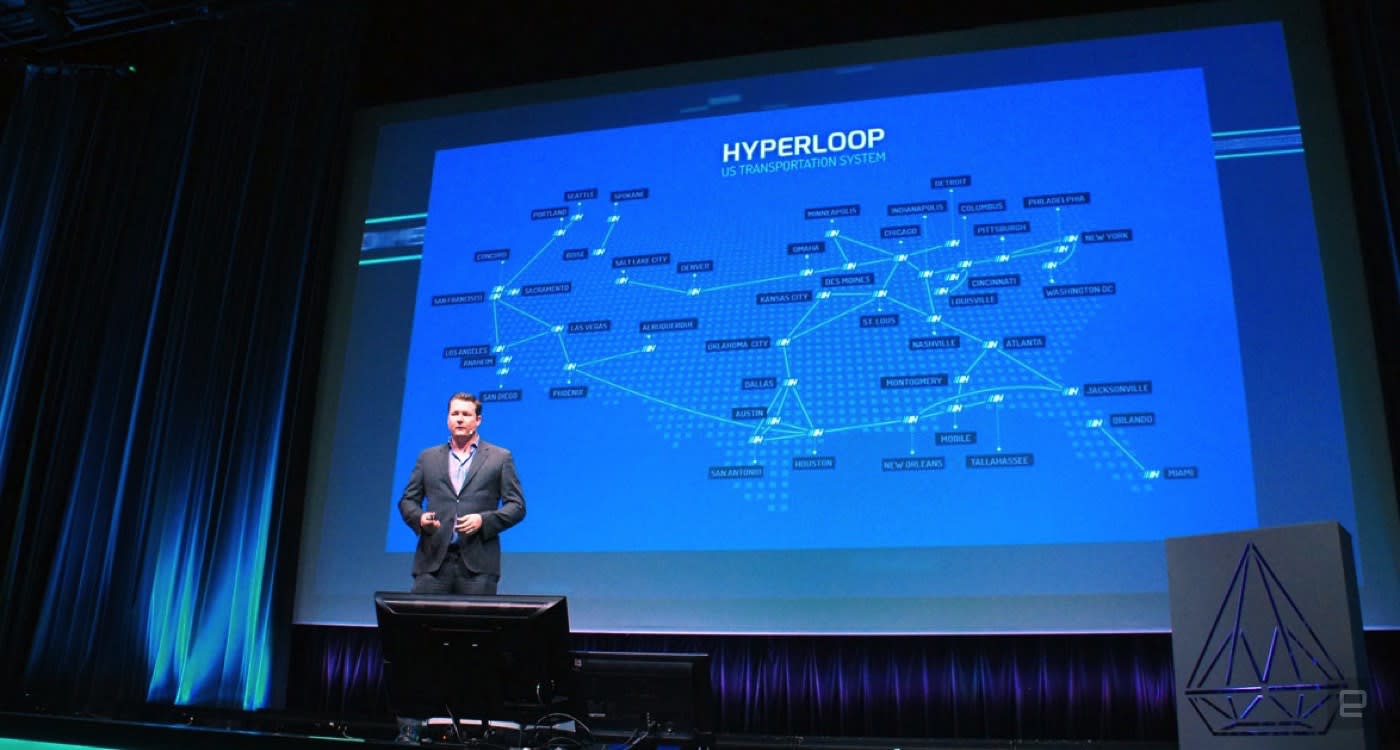 One of the two competing Hyperloop companies has made a major announcement concerning how it's going to make high speed transport a reality. Hyperloop Transportation Technologies has signed a deal with the Lawrence Livermore National Laboratory to harness Inductrack, a form of passive repulsion technology. Traditional MagLev systems require a constant supply of power, adding cost and complexity to most bullet train systems. By comparison, passive repulsion operates with a single series of magnets that can be mounted on each capsule. That's going to make Hyperloop a lot cheaper and easier to maintain, which should hopefully encourage more cities to consider buying one.

If you've ever held a magnet against something metallic and felt it try to push itself away, then you understand the basic principles of passive repulsion. In this context, the Hyperloop capsule would have a series of magnets aligned around the outside of its frame. The magnets would be arranged in a Halbach array, which would align the magnetic force outwards, rather than in towards the passengers. If successful, then each pod would hang in mid air, not touching any surface and ensuring friction-free travel. That lack of resistance, combined with the Hyperloop's near-vacuum environment, is what enables it to reach such high (theoretical) speeds.

It looks as if passive repulsion is going to be a key component of Hyperloop projects, and this isn't the first time it's been discussed in this context. Earlier this year, Arx Pax, the makers of the Hendo Hoverboard demonstrated how its magnetic field architecture technology could be used to keep a pod afloat.

If you're not all caught up with the current state of Hyperloop, then now is as good a time as any to check out our detailed explainer on the subject.

In this article: DirkAhlborn, gear, HTT, Hyperloop, HyperloopTransportationTechnologies, Indutrack, LawrenceLivermoreNationalLaboratory, science, transportation
All products recommended by Engadget are selected by our editorial team, independent of our parent company. Some of our stories include affiliate links. If you buy something through one of these links, we may earn an affiliate commission.