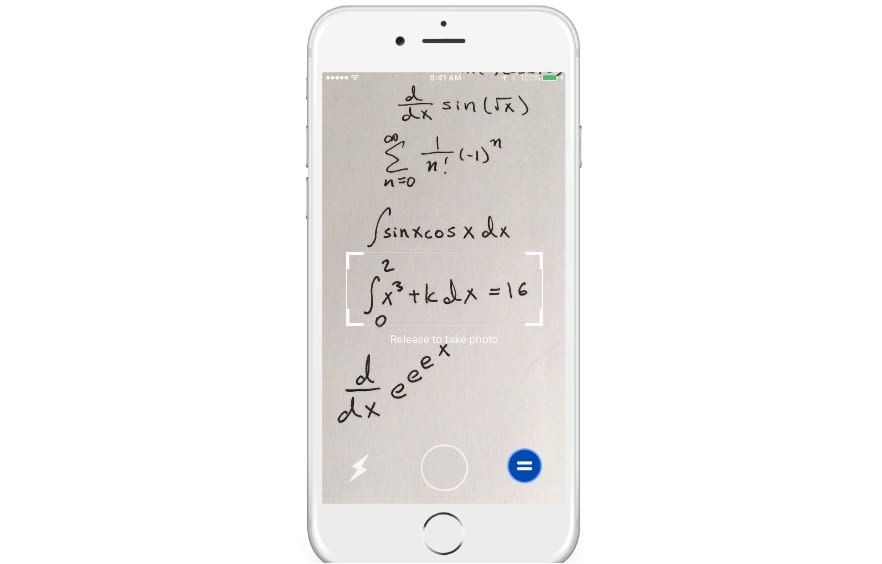 Math isn't everyone's strong suit, especially those who haven't stretched that part of their brain since college. Thanks to the wonders of image recognition technology, we now have Mathpix, an iOS app that lets you point your phone camera at a problem and calculates solutions in seconds.

The interface looks like any standard camera app: simply drag the on-screen reticle over the equation and the app solves it and provides graph answers where appropriate. More useful is a step-by-step guide offering multiple methods to reach a solution, making this a bona fide educational tool. It uses image recognition to process problems and pings its servers to do the mathematical heavy lifting, so it likely requires an internet connection to work.

Mathpix was envisioned by Stanford PhD student Nico Jimenez, who was advised by Stanford grad Paul Ferrell. The app's other developers are high schoolers Michael Lee and August Trollback, which is impressive for an app that claims to be the first to visually recognize and solve handwritten math problems.

Source: Motherboard
In this article: app, apps, education, gear, math, Mathpix, mobile
All products recommended by Engadget are selected by our editorial team, independent of our parent company. Some of our stories include affiliate links. If you buy something through one of these links, we may earn an affiliate commission.