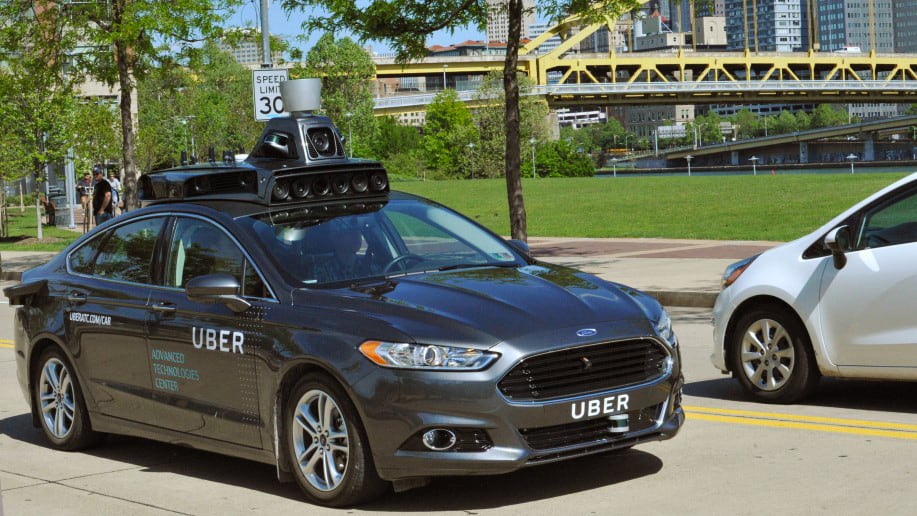 Uber's foray into the world of self-driving vehicles will become a lot more visible in the coming weeks after the company confirmed its first autonomous car will officially hit the streets of Pittsburgh. The prototype -- a hybrid Ford Fusion -- will assist the company in collecting mapping data while putting its self-driving capabilities to the test. Uber's Advanced Technologies Center (ATC), which is headquartered in the city, has equipped the car with a variety of sensors including radar, laser scanner and high-resolution cameras, but a human rider will be present at all times.

While this isn't the first time we've heard about Uber's prototype -- it was spotted cruising the city's streets by the Pittsburgh Business Times last year -- it is the first time the company has publicly shared news of its plans. In a blog post, Uber says that the development of its self-driving technology will mean "less congestion, more affordable and accessible transportation, and far fewer lives lost in car accidents."

Uber has already gained permission from local authorities to test its car and will use the road miles to ensure it can deal with pedestrians, cyclists and other drivers. It thinks Pittsburgh's streets will also provide the right environment for its vehicle to learn from, with its differing road types, traffic models and weather conditions. It also helps that Carnegie Mellon is on the doorstep, allowing the company to gather experience from engineers who have already built advanced autonomous robots and Mars rovers.

The end game, it appears, is to be one of the first to market with a fleet of for-hire vehicles. General Motors will invest $500 million in Lyft to help beat Uber to the punch and Google is forging ahead with the development of its own driverless car with the idea to spin the business off into an autonomous taxi service. Each entrant needs thousands of road miles before their vehicles are ready to take passengers, suggesting you'll see many more driverless prototypes in the wild in the months ahead.

Via: The Verge
Source: Uber
In this article: autonomous, gear, pittsburgh, robots, selfdriving, traffic, transportation, uber
All products recommended by Engadget are selected by our editorial team, independent of our parent company. Some of our stories include affiliate links. If you buy something through one of these links, we may earn an affiliate commission.