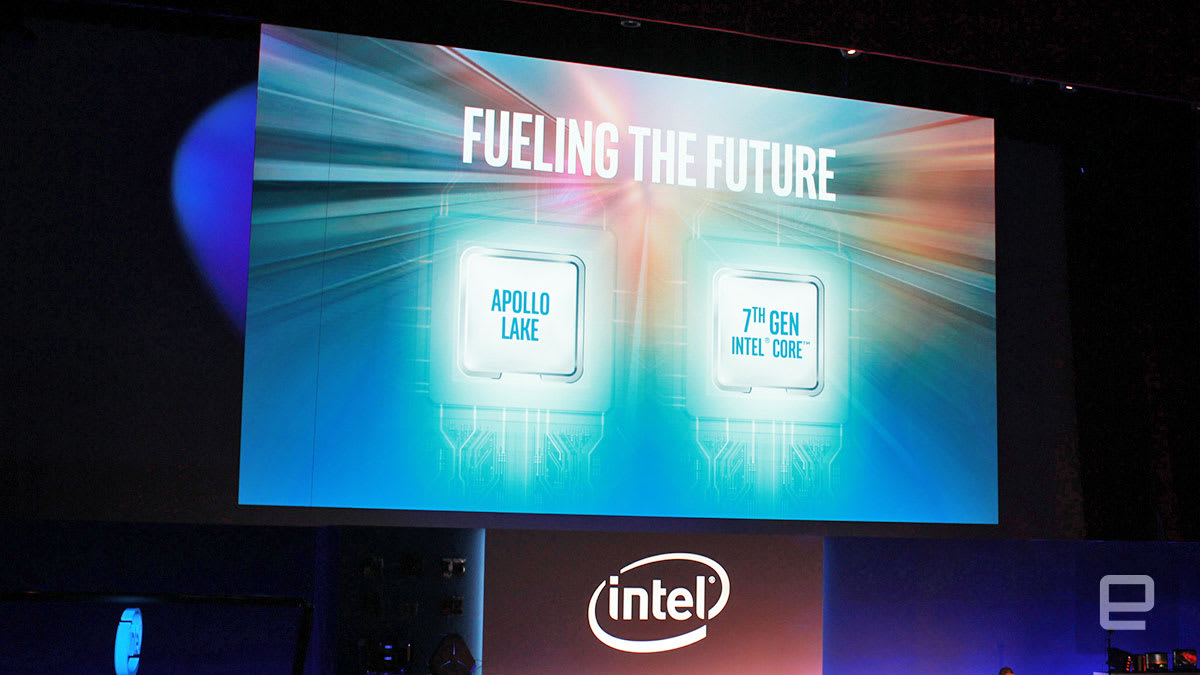 Besides its $1,723 10-core Core i7 Extreme Edition processor, Intel just teased some other chip news during its keynote presentation at Computex. There aren't many details available, but the company confirmed the the seventh generation of its Core CPU technology will go on sale later this year. They will be joined by its Apollo Lake chips, which are a cheaper version of the current sixth-gen Skylake family. Apollo Lake should bring 4K video capability and USB-C to cheaper, 2-in-1 laptop/tablet style devices with smaller batteries. As far as the seventh generation of Core CPUs, buyers can expect support for Thunderbolt 3, and IR cameras used for features like Windows Hello's facial recognition.

In this article: 7thgen, ApolloLake, Computex, Computex2016, Core, Corei3, Corei5, Corei7, CPU, gear, intel, IR, personal computing, personalcomputing, Thunderbolt
All products recommended by Engadget are selected by our editorial team, independent of our parent company. Some of our stories include affiliate links. If you buy something through one of these links, we may earn an affiliate commission.