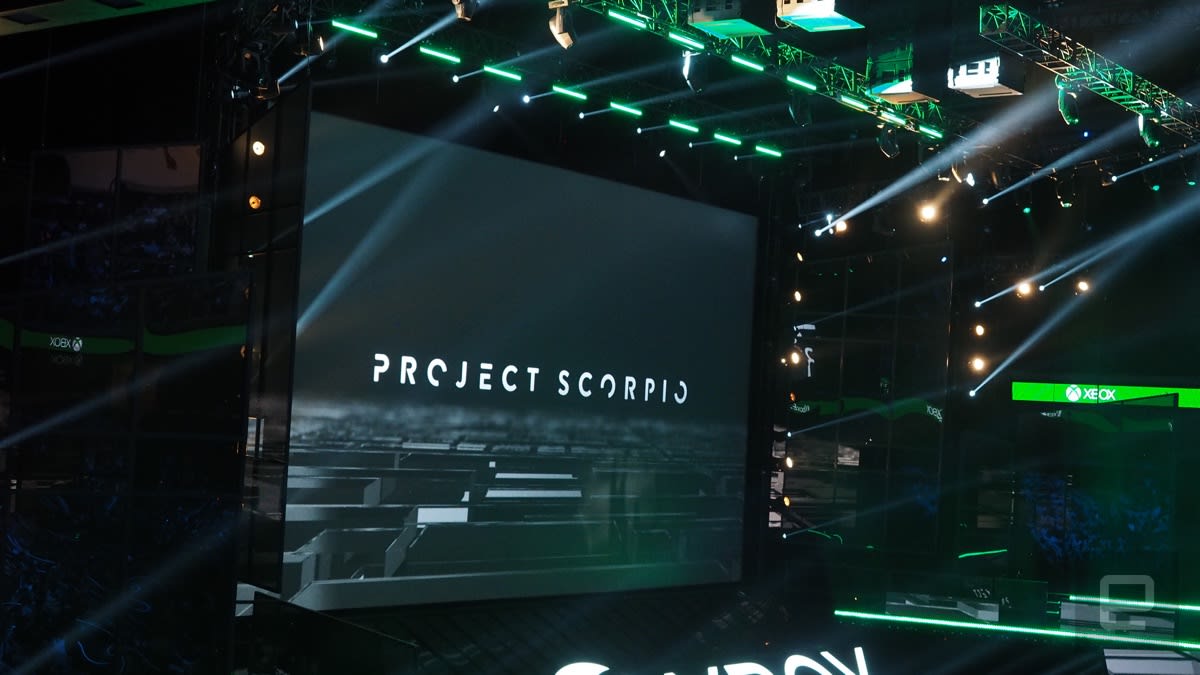 Microsoft and Oculus announced a close partnership at last year's E3, but we haven't seen much out of it just yet. That's changing today, as Microsoft just announced a new version of the Xbox console -- one that's optimized to push 4K visuals and high-quality VR out of the box. Project Scorpio will launch during the holiday season in 2017, but most notable is the fact that all games and all accessories will work across the Xbox One, the Xbox One S and Project Scorpio.

Microsoft showed off a video in which a number of developers touted the console's massive power -- it'll feature "true" 4K resolution, 6 teraflops of GPU power and will run at 60Hz. It'll of course be VR ready, and Bethesda noted it'll run Fallout 4 in VR, as announced last night. Given the aforementioned link with Oculus, it seems highly likely that the Rift will be the headset of choice for Project Scorpio.

Phil Spencer alluded to such a development earlier this year, saying that he envisioned a future in which your game library stayed with you and in which consoles were upgraded faster in a more PC-like fashion. In his blog post, Spencer says "we view Project Scorpio as a new way of thinking about consoles and generations." Combined with cross-play and cross-buy between platforms, this will fulfill Microsoft's vision of "gaming without boundaries" as the future of the Xbox brand.

Naturally, there's no word on price yet, and we're guessing Project Scorpio won't be the console's launch name. But Microsoft's biggest fans clearly have a lot to look forward to in the coming year or so -- the big question for those who don't own an Xbox will be whether to buy a Xbox One S or wait until next year for Project Scorpio.

Empowering gamers to play whenever, wherever and with
anyone: https://t.co/53TytEdXlM

Source: Xbox Wire
In this article: e3, e32016, gadgetry, gadgets, gaming, microsoft, PhilSpencer, projectscorpio, video, xbox, xboxone
All products recommended by Engadget are selected by our editorial team, independent of our parent company. Some of our stories include affiliate links. If you buy something through one of these links, we may earn an affiliate commission.