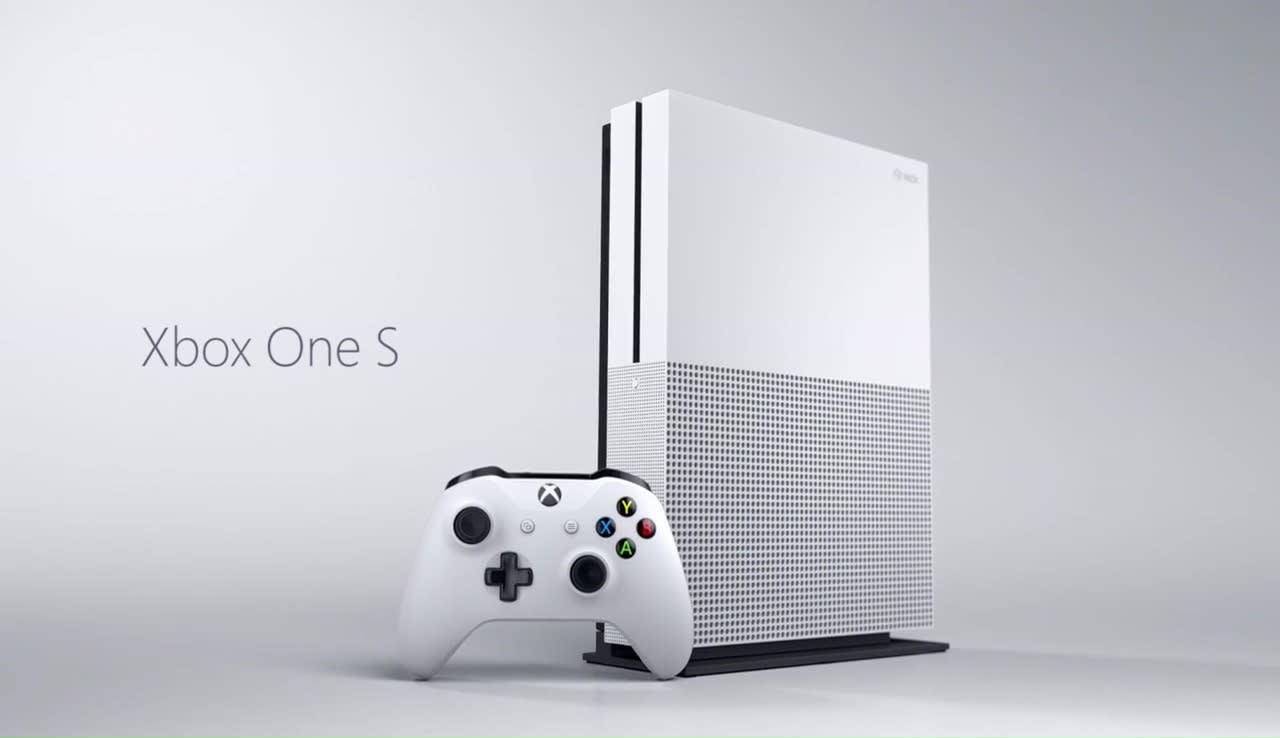 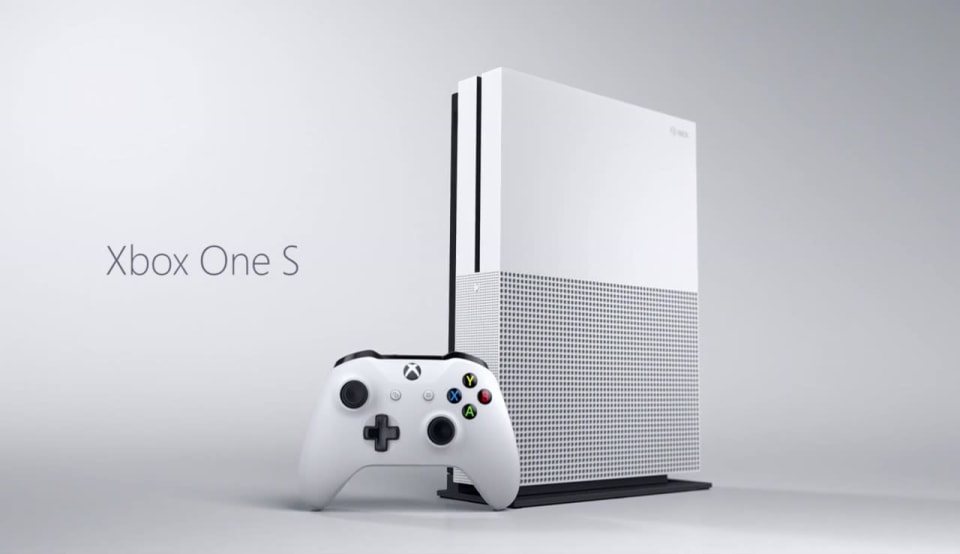 Do you have your best shocked face ready? Microsoft just announced a slimmer Xbox One, the Xbox One S. Okay, so the surprise was kinda ruined by a month of leaks, culminating in a picture of the thing finding its way into the wild yesterday morning. But at least now that it's official, we know exactly why Microsoft thinks you should buy a new Xbox.

The big-ticket item is 4K support. That doesn't mean that you'll be able to play games in crazy high-res, but if you have a fancy TV it'll provide plenty of options to watch content at 4K. In addition to supporting 4K versions of Netflix and Amazon Video content, there's also 4K Ultra HD Blu-ray support. The new console also supports HDR sets, and Gear of War 4 will be the first to support the wider color range.

The Xbox One, as attractive or unattractive as you think it is, is undoubtedly a large machine, especially compared with its main rival, the PlayStation 4. The Xbox One S is 40-percent smaller and can be safely used vertically with an official stand. Elsewhere there's an integrated power supply, meaning no more brick, and the option to include a more capacious 2TB hard drive. It's also mostly white -- a colorway Microsoft debuted for the original Xbox One.

Other changes include a USB port in the front for easy access and the dropping of the Kinect port -- there'll be a USB adapter if you want to plug in Microsoft's unloved camera accessory to the new machine. Oh, and there's a new controller! It has textured grips, improved range and Bluetooth for easy connection to a PC or laptop without adapters. It'll be bundled with the new console, but you'll also be able to buy it separately.

The Xbox One S launches this August. The 2TB version (called the "launch edition") will set you back $399, and it'll be followed by a $299 500GB version and a 1TB version at $349. There are already pre-order links on Amazon, which list a December release date for the 1TB and 500GB versions.

In this article: av, e32016, gadgetry, gadgets, gaming, microsoft, xboxones
All products recommended by Engadget are selected by our editorial team, independent of our parent company. Some of our stories include affiliate links. If you buy something through one of these links, we may earn an affiliate commission.