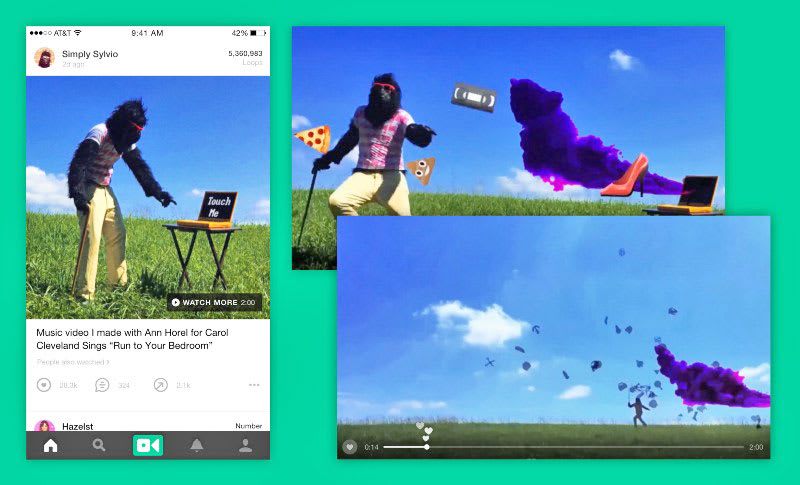 Starting today, Twitter users will get just as many seconds of video as they do characters of text. According to an announcement, Twitter is opening up 140-second videos to everyone on the service. Likewise, some Vine creators will also be able to expand outside the snappy six-second limit with a new Beyond the Vine feature that allows the shorter clips to serve as trailers for a longer, two-minute video.

On the Twitter video side, some "select publishers" will actually have access to 10-minute videos, so don't be surprised if you start seeing entire John Oliver segments popping up in your timeline. The longer video clips come with their very own fullscreen viewing mode, similar to what Facebook and YouTube's mobile apps already offer.

Explore more videos and Vines that are lighting up Twitter. Our new viewing mode will let you watch more with a tap. pic.twitter.com/XyBaes37T7

As for Vine, the standalone app will now offer some content creators the ability to link their traditional six-second clips to longer videos with a "Watch more" button in the lower right corner. These longform Vines, as it were, also open up the canvas to full, widescreen videos and not just the vertical, square crop we've gotten used to. And a new feature is getting carried over from Periscope as well: double tapping a video now makes hearts fly over the screen.

Finally, because all of this is obviously in service of the almighty ad dollar, Twitter says the company will be expanding the monetization options they rolled out through Open Amplify last year. And, if you're already famous, Twitter is rolling out a new app called Engage today, which should help you interact with all your rabid fans.

Source: Twitter Blog
Vine
In this article: culture, internet, openamplify, twitter, twittervideo, vine
All products recommended by Engadget are selected by our editorial team, independent of our parent company. Some of our stories include affiliate links. If you buy something through one of these links, we may earn an affiliate commission.