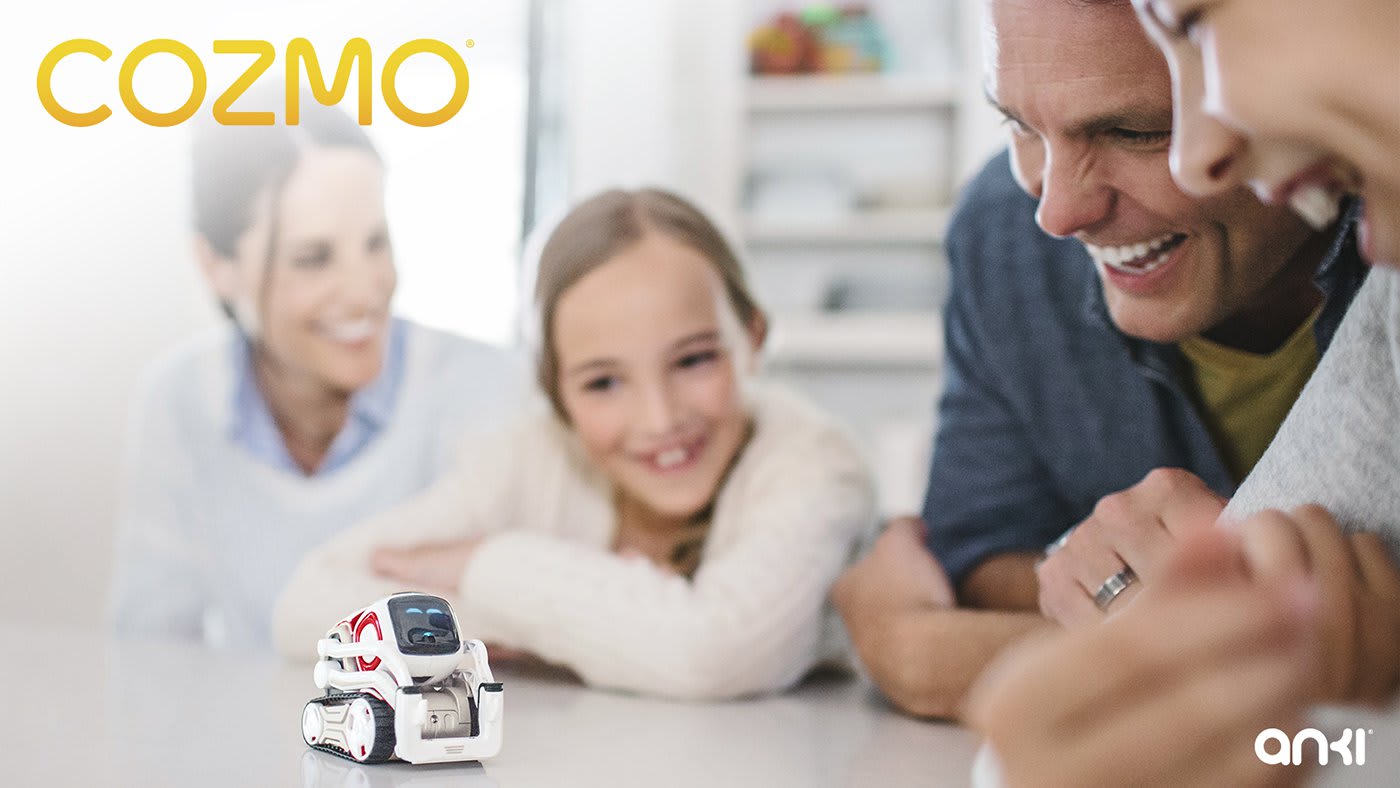 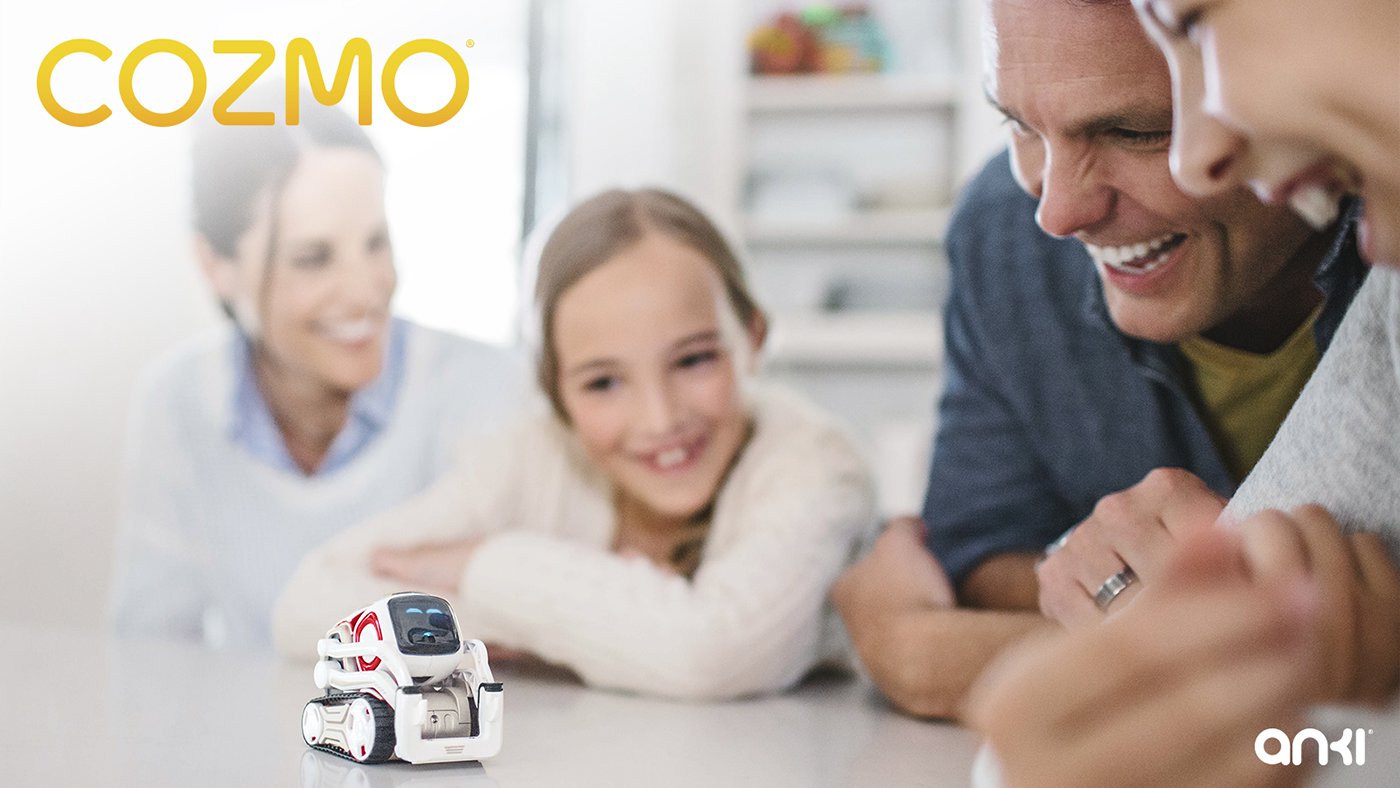 Best known for its sleek and intelligent remote controlled cars, Anki is stepping into new territory with its latest product, a small robot toy named Cozmo. If you've seen Wall-E, you've already got a good sense of its personality. Thanks to a combination of artificial intelligence, robotic movement designed by former Pixar animators and computer vision technology, Cozmo is curious and incredibly expressive, with the ability to interact with the world around it. It's smart enough to recognize your face and remember you over time, and it can explore its environment and play games with its very own toys. But its most interesting feature? It's not a perfect robot, and that's just how Anki wants it.

"Perfect is boring," Anki CEO and co-founder Boris Sofman said in an interview. "With the [Anki Drive] cars, the first version was boring because it was too good. When he goes and fails to do something, that's not a bad thing. ... As long as you can detect what happens, it's a good opportunity to show off the emotions it generates."

While we've seen plenty of toys claiming AI and robotic capabilities in the past, Cozmo feels unique. I'll admit, I fell for it pretty quickly during a brief demo. As it was charging, it "slept" in a tiny dock, complete with a snoring sound effect and sleeping animation that can only be described as adorable. When it woke up, it looked around the table and came up right to the edge, quickly realizing it couldn't go any further. Upon recognizing my face, it wandered up to me with a suspicious look. Like a child, it will recognize people it's already met and be a bit more hesitant around strangers.

Cozmo also comes with a bunch of smart blocks, which basically serve as its very own toys. It stacks them when it's bored -- and trust me, Cozmo gets really annoyed if you mess up its work. We also used the blocks to play a competitive game, which involved tapping down on them when they displayed like colors. In the first few games, I easily trounced Cozmo, much to his adorable dismay. Eventually, he learned to hit the blocks faster, and he had no problem letting me know it.

Sofman says the company was inspired by how toddlers and pets interact with the world. They can't speak, but they can clearly explore and interact with you. Like a child, Cozmo slowly learns to recognize people and explore its world, and over time it learns to play games. But also like a child, it gets frustrated when things don't work out. Instead of being annoying, though, those little personality quirks -- like gloating when it wins a game, and getting angry when you beat it -- make it more endearing.

Cozmo is a tiny thing, which adds to its vulnerability. It's light, has a small display up front for its eyes, a single articulating arm to pick up objects, and uses two tiny treads to get around. Eventually, you'll be able to replace its arm mechanism with other types of appendages. Cozmo communicates through a combination of Star Wars-like bot noises (yes, in many ways this is the Droid you've been looking for), and expressive movements. It relies on an iPhone and Android app to have your phone do much of the processing, which also plays a soundtrack perfectly suited to Cozmo's mood. Its battery lasts a short two hours, but it recharges in just 10 minutes.

Anki paid particular attention to Cozmo's emotional smarts. It has an "emotion engine" that lets it respond to situations realistically, which should help you bond with it pretty quickly. (Again, it took me all of five seconds.) Its animation team is led by former Pixar animator Carlos Baena, so they know how to toy with your feelings with simple robotic movements and noises. Anki also developed a customized version of the Maya 3D software to have it directly command how Cozmo moves, allowing the animators to quickly get up and running. 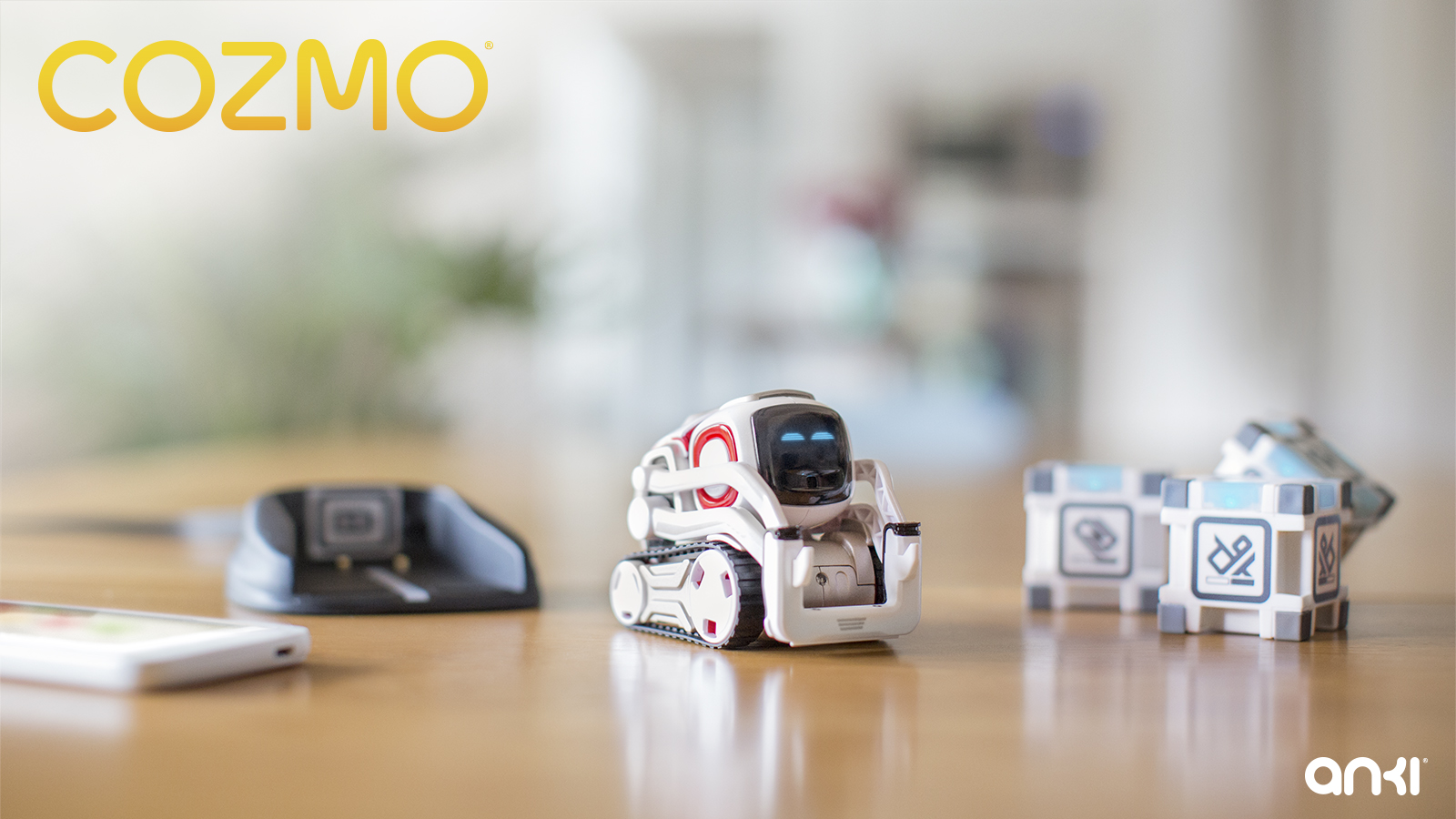 Looking ahead, Anki plans to release a software development kit (SDK) for Cozmo, which will let anyone program it. It could also end up being used in STEM programs in schools; it wouldn't be hard to persuade kids to learn programming so they can control Cozmo. The company is also sending Cozmo units to Carnegie Mellon, where Anki's founders got their start.

You can preorder Cozmo today from Anki's website for $180, and it'll be widely available in October. Yes, it's expensive, but it's only slightly pricier than Sphero's $150 BB-8 toy, which every geek coveted last year (and wasn't nearly as smart as Cozmo).

In this article: Anki, Cozmo, gadgetry, gadgets, gear, robots
All products recommended by Engadget are selected by our editorial team, independent of our parent company. Some of our stories include affiliate links. If you buy something through one of these links, we may earn an affiliate commission.