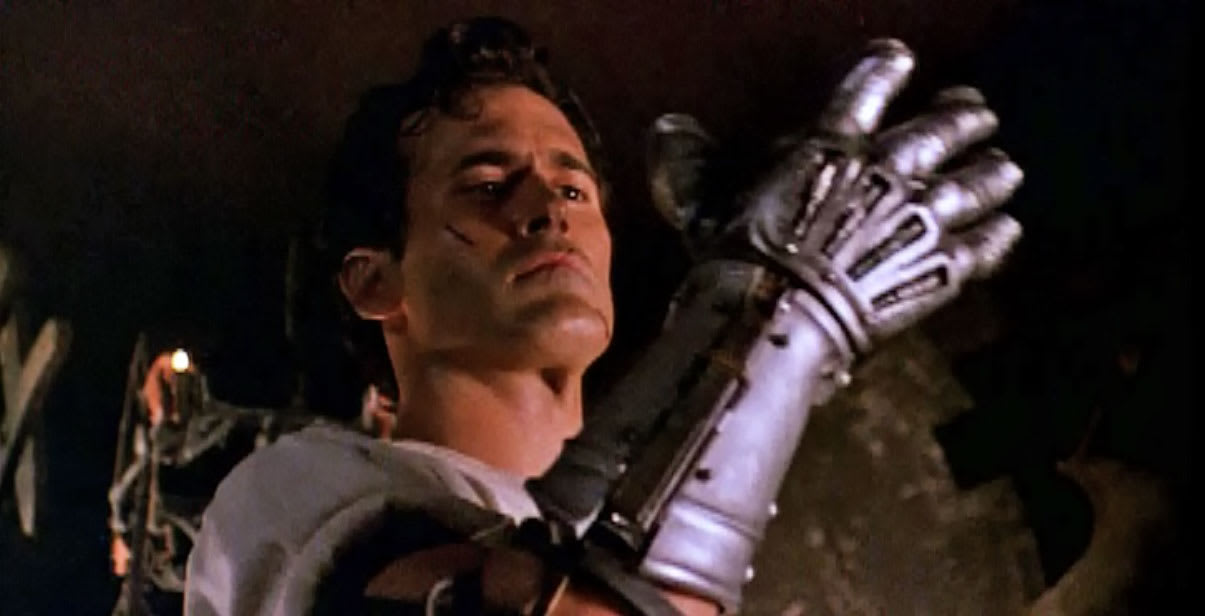 The same remote manipulation controller that allows NASA scientists to remotely control Robonaut 2 aboard the International Space Station is coming back to Earth thanks to a recent agreement between General Motors (who helped NASA develop the glove) and Bioservo Technologies AB (a Swedish medical technology company). But rather than use it to remotely pilot a robot in low Earth orbit, the new glove will help augment its wearer's grip strength.

The companies plan to integrate proprietary technology from Bioservo's own SEM Glove into NASA's RoboGlove. The SEM Glove is a battery-powered wearable that force-multiplies the wearer's grip. Combining that with the Roboglove's cutting-edge sensors and actuators should produce a glove that rivals the one Ash built in Evil Dead 3. Groovy.

With it, users will be able to wield tools for longer than they would otherwise, without sacrificing dexterity. What's more, neither the tools to be used nor the wearer's workflow will need to be redesigned. Basically, it's an exosuit for your hand.

GM plans to test the new wearable in its manufacturing plants once prototypes become available. It could also be employed for physical rehab but don't expect to be crushing goblets with it any time soon. The companies still have some work to do standardizing the mechanisms and adapting them to different hand sizes.

In this article: gear, ISS, NASA, PowerGlove, robots
All products recommended by Engadget are selected by our editorial team, independent of our parent company. Some of our stories include affiliate links. If you buy something through one of these links, we may earn an affiliate commission.