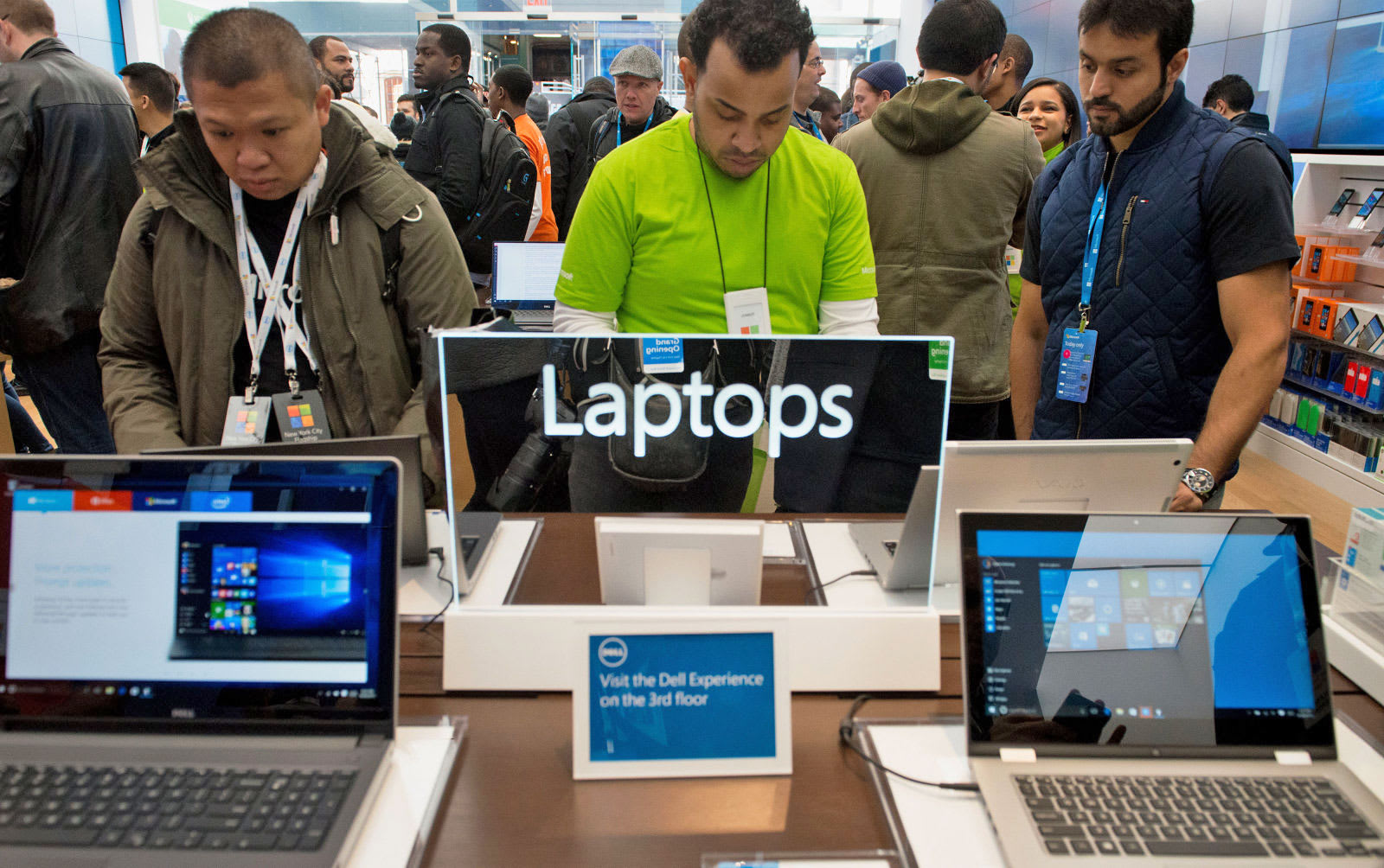 It's not all doom and gloom in the PC world... for once. Both Gartner and IDC estimate that PC shipments actually grew in the US for the first time in over a year, climbing in the second quarter by either 1.4 percent according to Gartner (which includes Windows tablets) or 4.9 percent if you ask IDC (which doesn't). There's no one answer as to why the computer industry is bouncing back, regardless of who you ask. A stronger US economy is playing a part, but the analyst groups also point to strong Chromebook sales to schools as well as a possible spike in purchases from governments and other public outfits.

Just don't look at shipments in the rest of the world, as they're rather ugly. Both Gartner and IDC reckon that worldwide deliveries dropped between 4.5 to 5.2 percent. That's not as bad as it could have been (IDC was predicting a 7.4-point drop), but you'll have to forget any visions of an imminent return to the PC's heyday. Economies are still weak outside of the US, and mobile devices like smartphones and tablets are still a higher priority for cash-strapped buyers. Lenovo may have extra reason to worry -- its shipments shrank enough that it's barely holding its market share lead over HP.

On the bright side? While researchers are cautious, they do see ways the industry could climb out of its hole. As upgrading to Windows 10 will soon cost you $119, there's the chance that people will decide to replace their PCs rather than fork over cash to update existing machines. You could also see the corporate crowd take a serious look at buying Windows 10 computers instead of clinging to aging systems for dear life. Although that amounts to a lot of "ifs" and "maybes" that could easily change, it's the best hope yet for a PC business that has been declining for years. 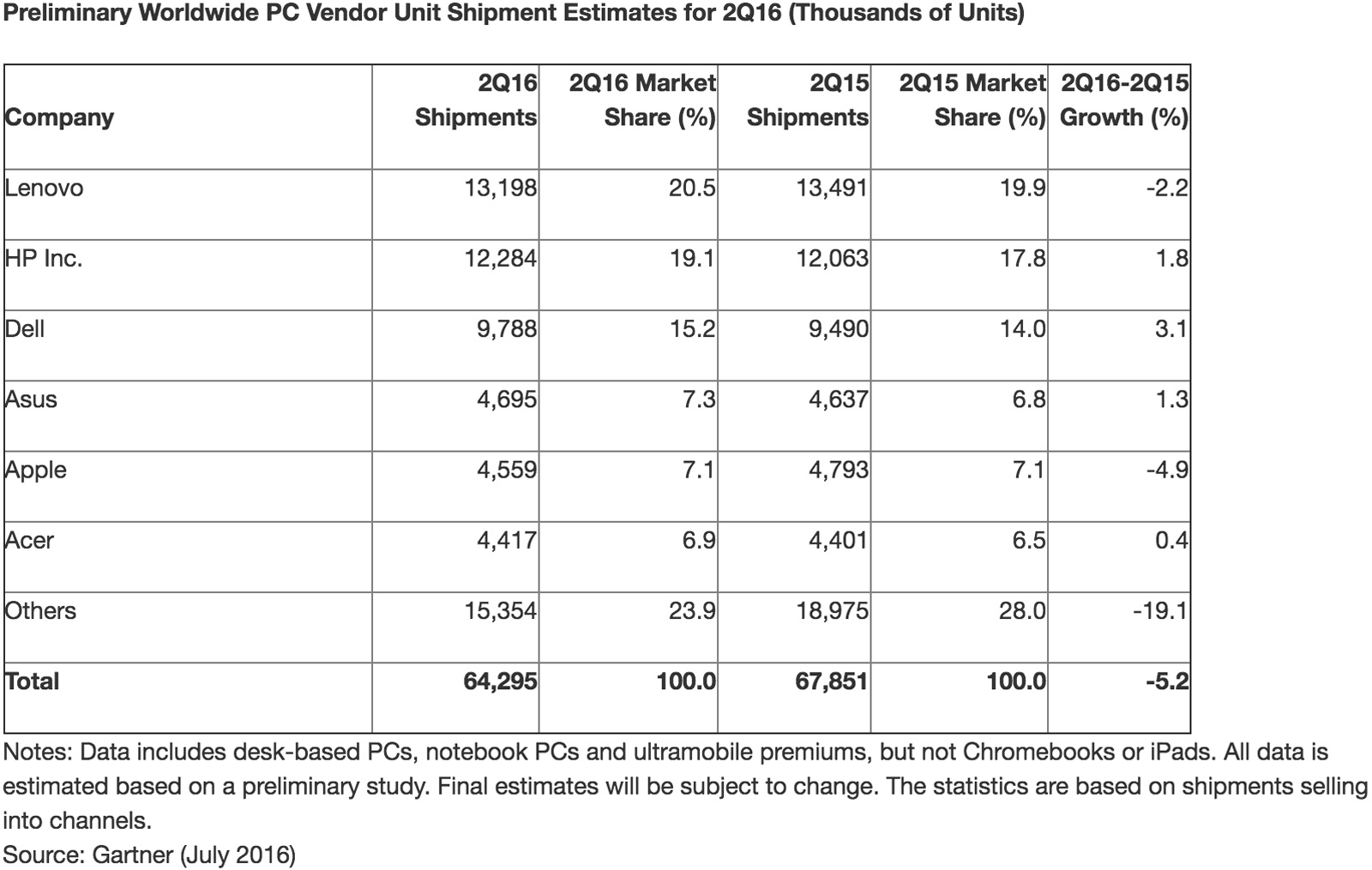 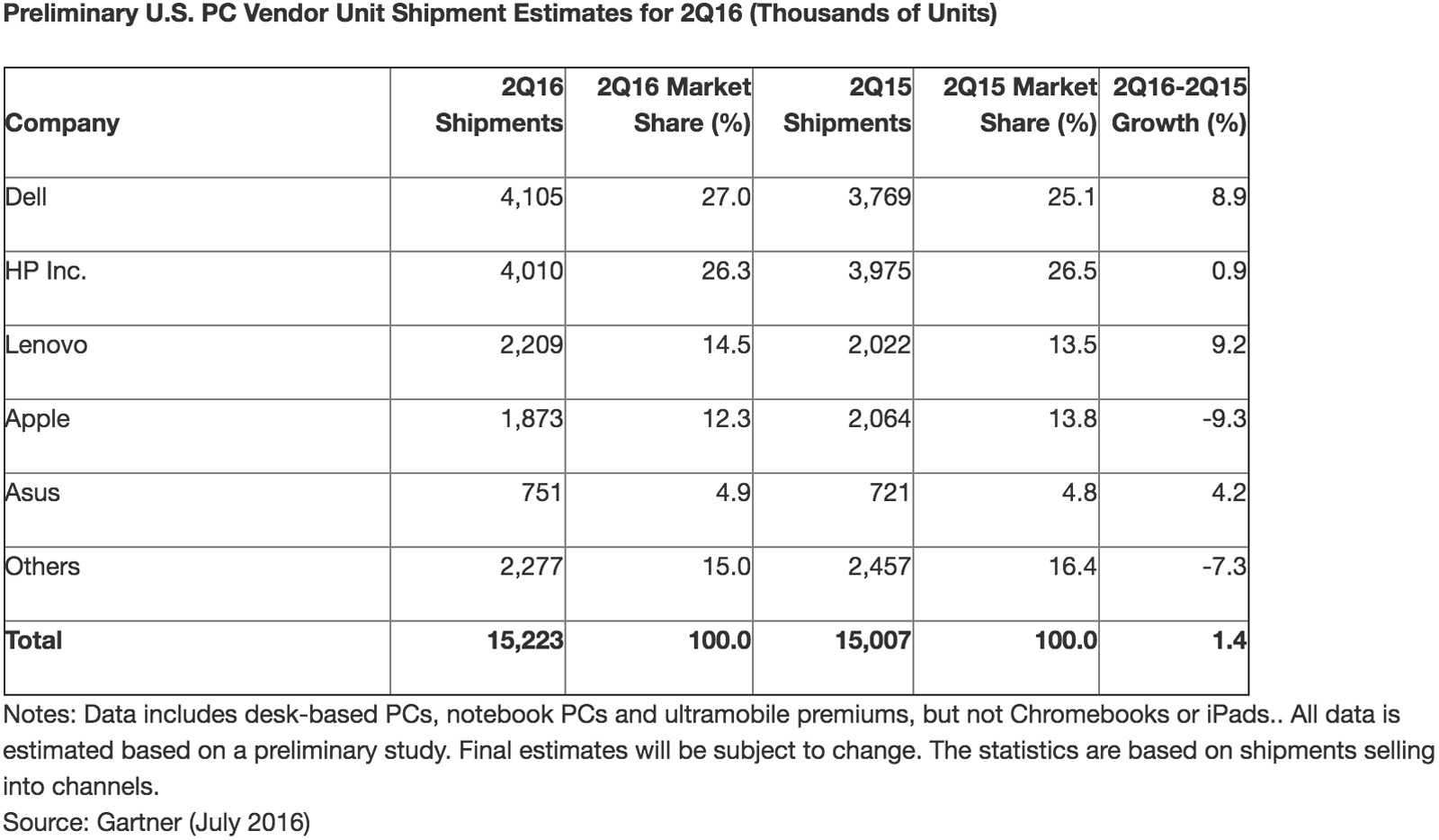 Source: Gartner, IDC
In this article: acer, apple, asus, computer, dell, gartner, gear, hp, idc, lenovo, marketshare, pc, personal computing, personalcomputing, q22016
All products recommended by Engadget are selected by our editorial team, independent of our parent company. Some of our stories include affiliate links. If you buy something through one of these links, we may earn an affiliate commission.