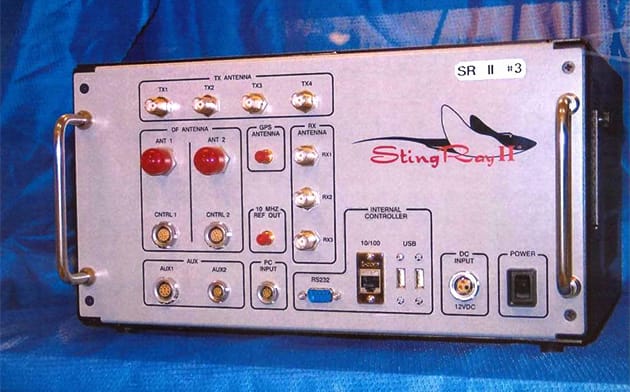 A federal judge has taken a stand against the use of "stingray" -- cell phone baiting surveillance devices used by the police and other government agencies. District Judge William Pauley decided to suppress evidence obtained by the stingray setup, ruling earlier this week that the defendant Raymond Lambis, charged in connection to a drug trafficking probe, had his rights violated when surveillance equipment was used without a warrant. The Drug Enforcement Administration used the tracker to find Lambis' apartment by pinging the defendant's cell phone, revealing his location down to the apartment number. "Absent a search warrant, the government may not turn a citizen's cell phone into a tracking device," Pauley wrote in the ruling.

The trackers work by mimicking cell phone towers, forcing phones in the area to ping them. Law enforcers can use this data to track and pinpoint a specific phone's locations. The Stingray can even flash firmware to a suspect's phone with a little more effort, turning the device into an audio bug.

This ruling marks the first time a federal judge has suppressed evidence found thanks to the use of stingrays. In a statement to Reuters, American Civil Liberties Union attorney Nathan Freed Wessler said: "This opinion strongly reinforces the strength of our constitutional privacy rights in the digital age."

The Justice Department changed its internal policies last September, with agents needing to obtain a warrant before using the Stingray. Lambis' lawyer noted that occurred a week after his client was charged, adding that it was unclear if the drug case against Lambis would now be dismissed.

Coverage: Ars Technica
In this article: court, culture, dea, federalcourt, gear, government, judgeWilliamPauley, lambis, law, mobile, politics, security, stingray, TL17STNG
All products recommended by Engadget are selected by our editorial team, independent of our parent company. Some of our stories include affiliate links. If you buy something through one of these links, we may earn an affiliate commission.