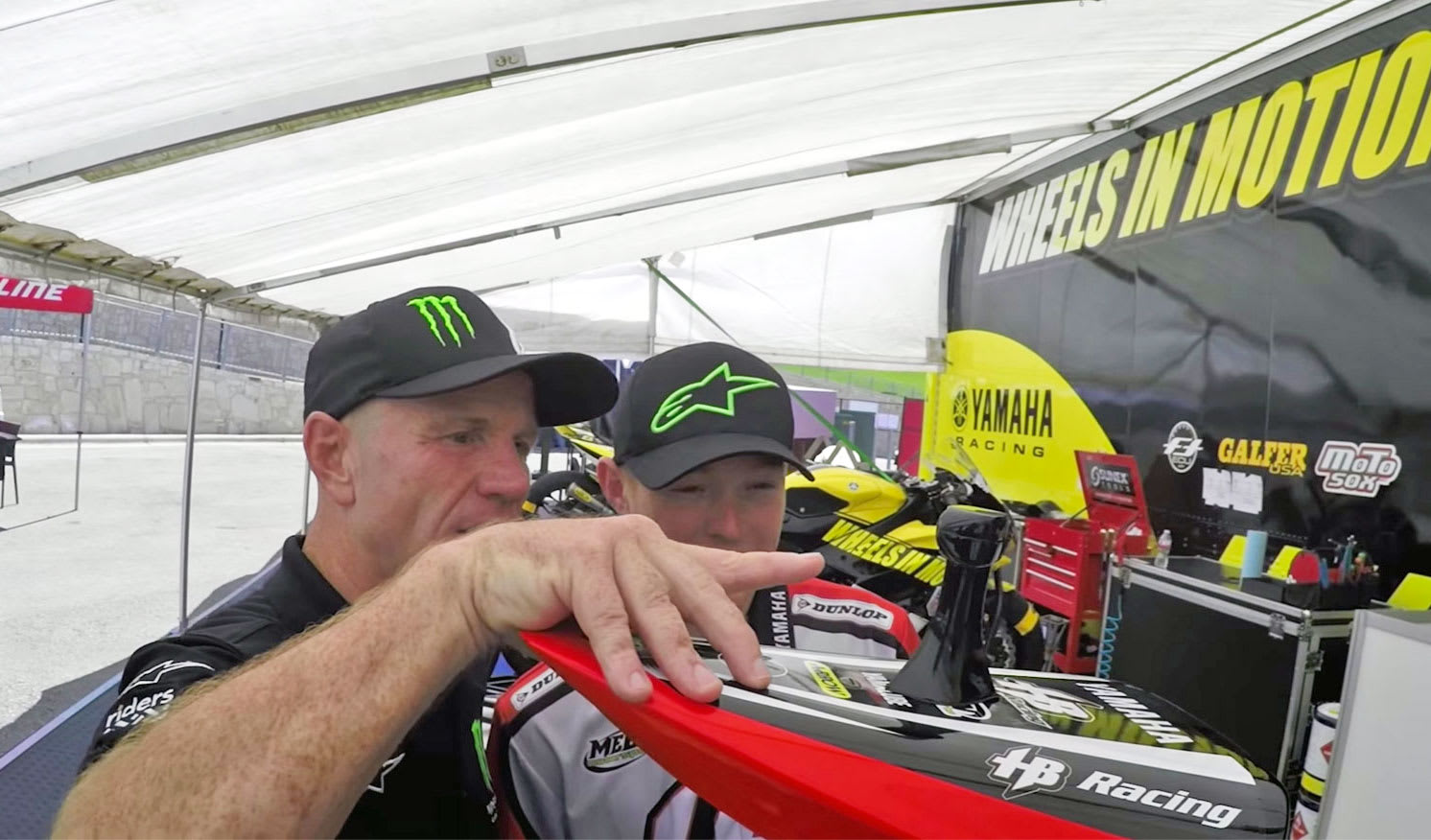 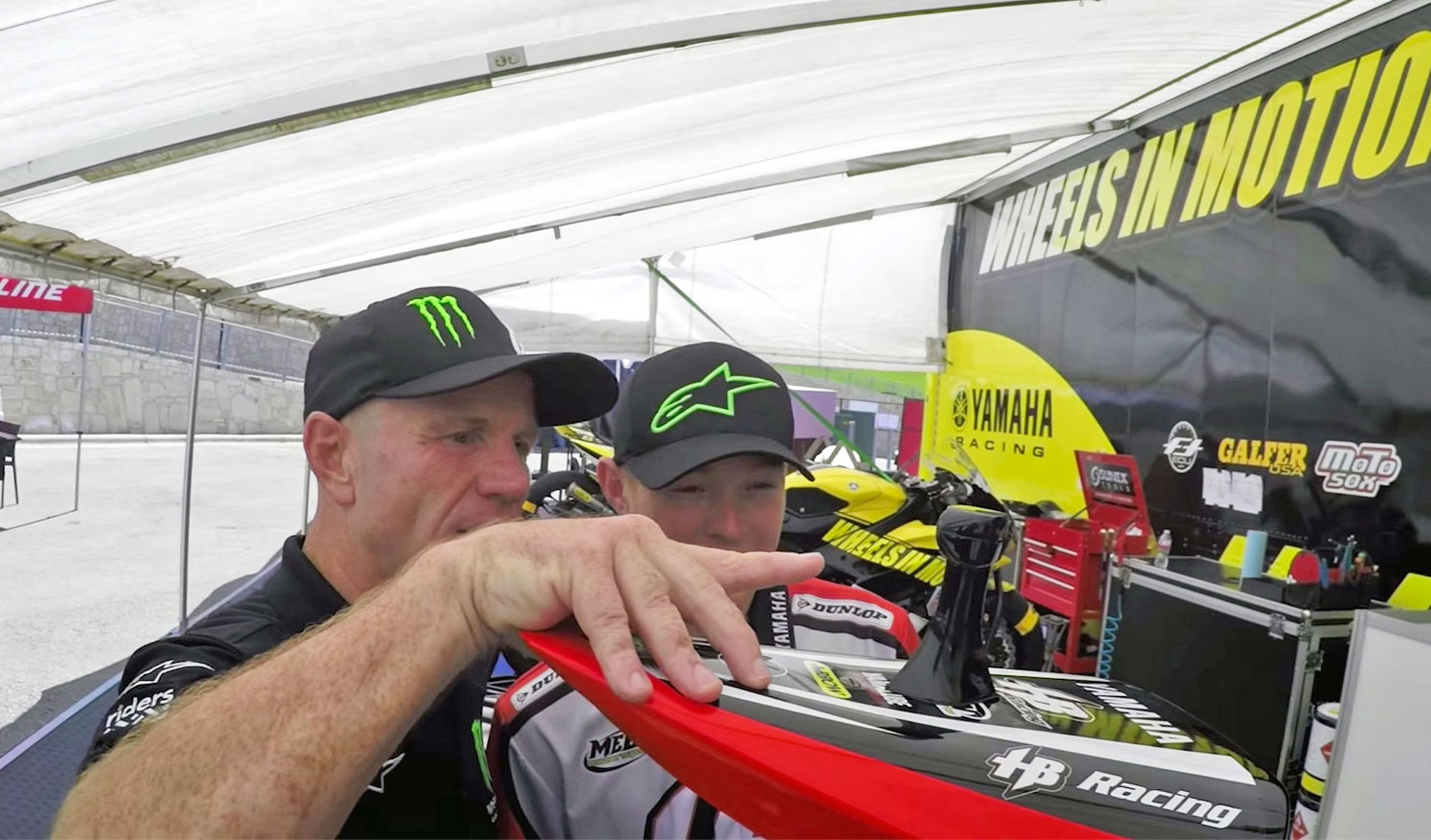 So far, GoPro's foray into VR cameras has been strictly for professionals. Earlier this year Nick Woodman, the company's CEO, hinted that a smaller, consumer-friendly VR camera could be in the works -- but that's all we knew. Except, it turns out, it already exists and you can look at it right now.

This week, GoPro sent out a promo video (below) showing off the work it's been doing as part of its deal with the MotoGP. The video tells the story of father and son riders Randy and Dakota Mamola, talking about the evolution of on-bike cameras. Less than a minute into the video, Dakota talks about being the first rider to carry a "VR, virtual reality, GoPro camera." The video then shows it attached to the back of a motorbike.

"But this is a bespoke solution for motorsport!" You might say. Sure, but it's an existing, single VR camera, rather than multiple GoPros in a frame. Besides, GoPro's doing regular cameras for the MotoGP too.

What better way to research and develop your consumer VR camera in plain sight? With the smaller form, it looks like two lenses back to back on a stem, feeding into a single camera body. The video shows that the body is hidden under the chassis, but it looks about half the size of a standard GoPro (albeit an illustration). It's not hard to imagine the lenses sandwiching the camera body for something not much bigger than a Hero4 Black.

This isn't even the first time GoPro showed this VR camera off, it was just tucked away as part of its experimental "custom solutions" update in April. We were all probably too busy looking at the conveniently-timed VR app. What's not a secret, is that the smaller VR camera used on the bikes is based on the Hero4 Black, but given the relative size of the body, it's unlikely those lenses are sucking in 4K video. 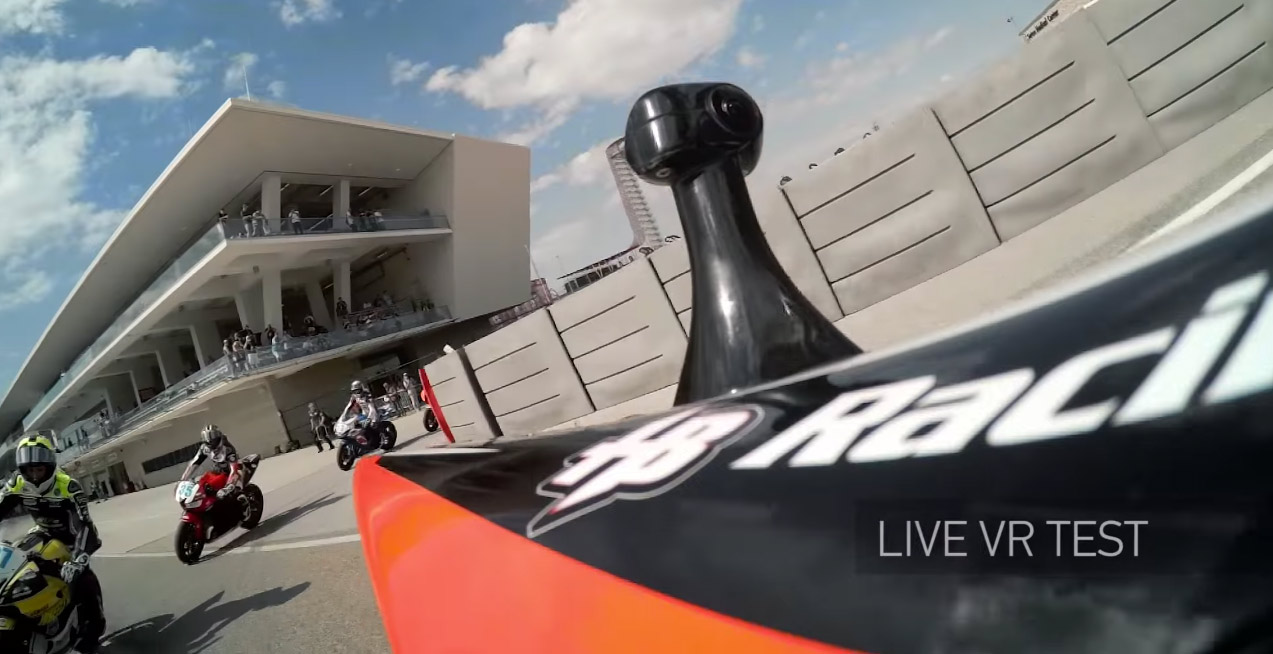 To make that work on a standalone camera it'd need some serious battery life, and two sensors, so it will be interesting to see what tradeoffs are made when this is translated to something you and I can buy.

Of course, there's still no official word that a consumer VR product actually exists, but GoPro's done all the hard work, it has a media platform ready and waiting, and all the software muscle it could need, so it's a case of when, more than if. That when is really the big question. With Karma still yet to be released, and the Hero5 incoming, GoPro already has two big product launches slated for this year. So, a third product -- that might compete with its flagship -- could be a bit much -- making 2017 a more likely option.

In this article: camera, cameras, gear, gopro, goprovr, hero5, karma, motogp, vr, wearables
All products recommended by Engadget are selected by our editorial team, independent of our parent company. Some of our stories include affiliate links. If you buy something through one of these links, we may earn an affiliate commission.