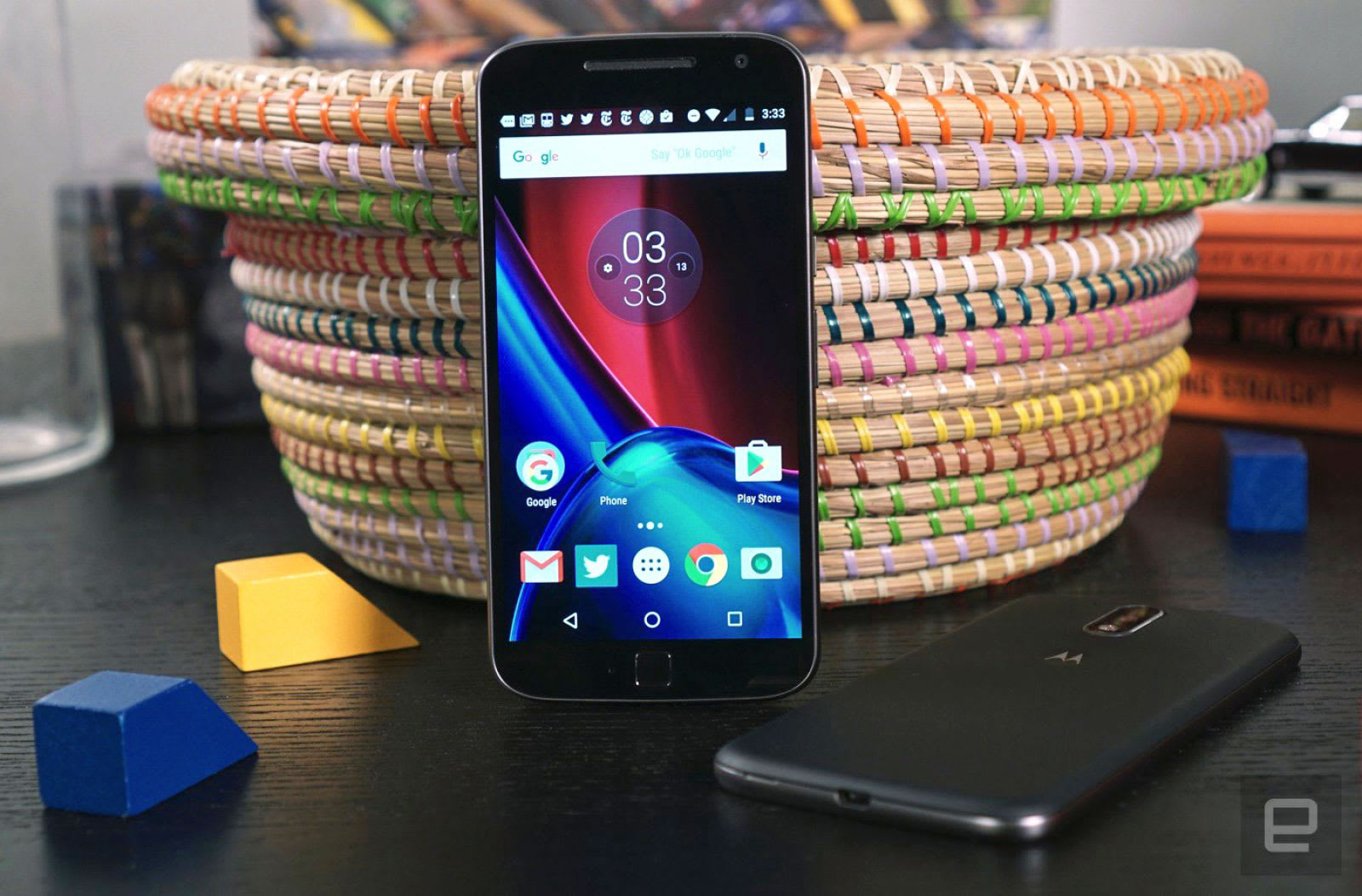 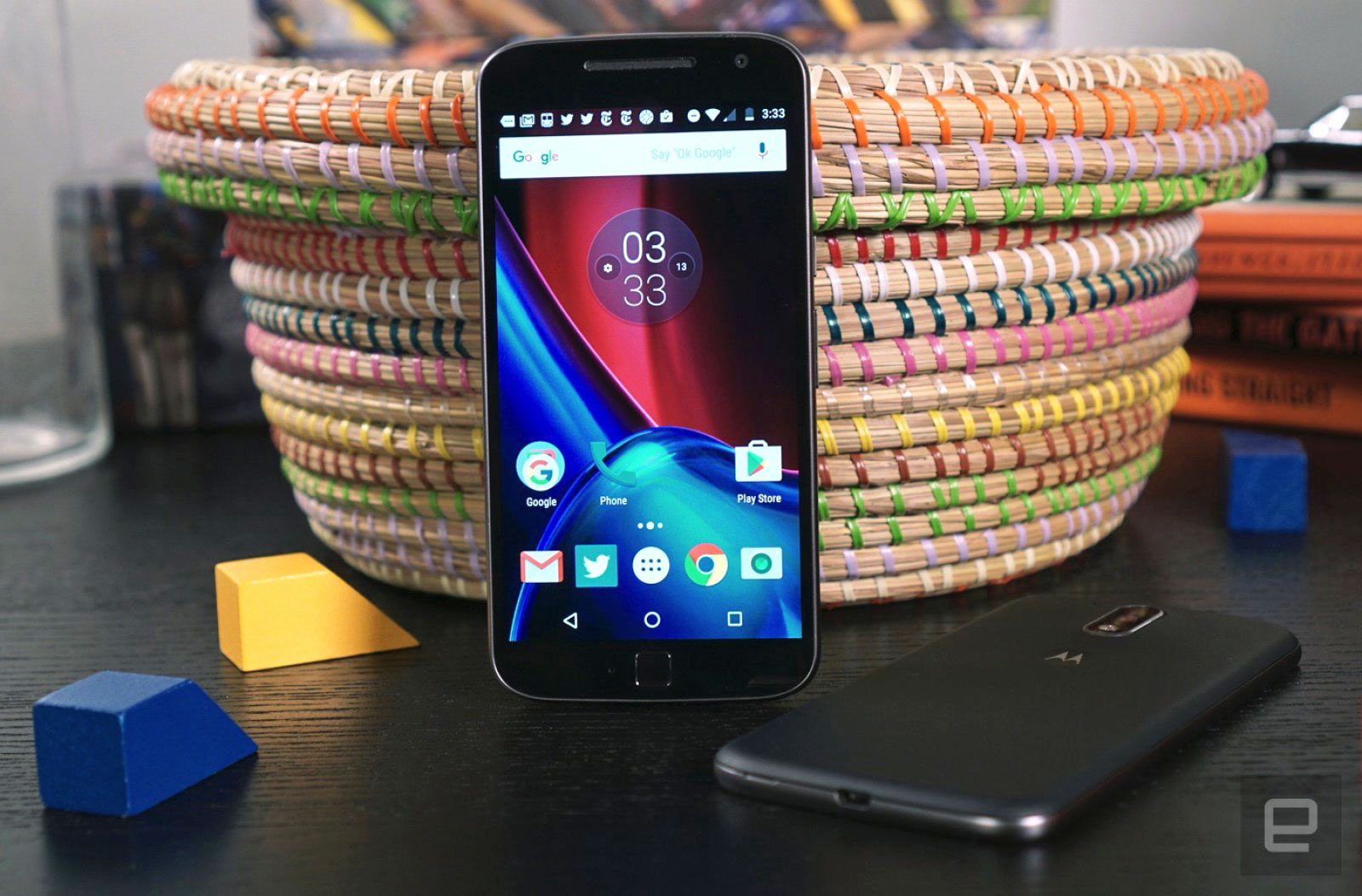 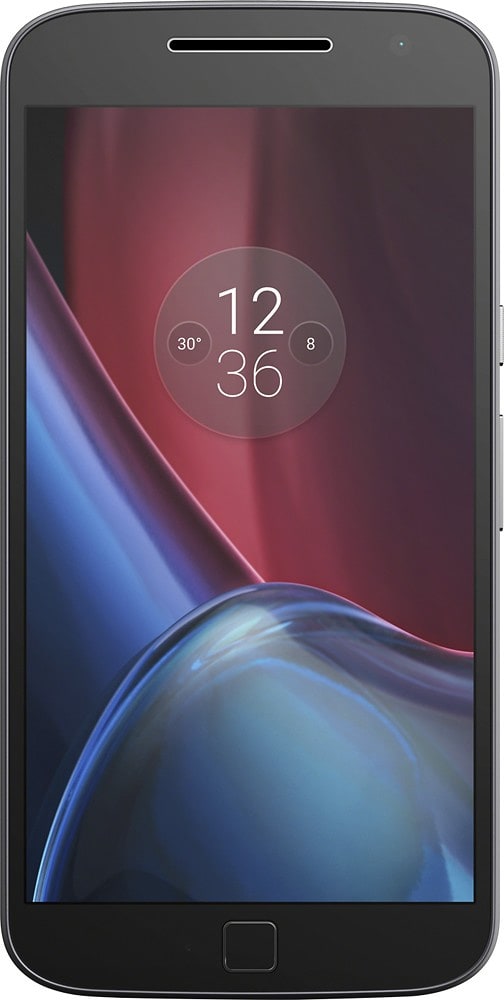 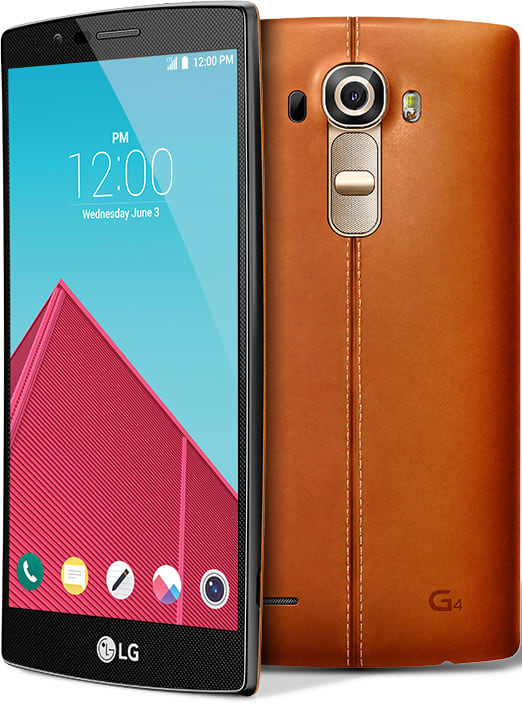 When it comes to getting the most smartphone for your dollar, the Moto G line has been your best choice for the past few years. We adored the previous model, which came in at a mere $180. Now with the Moto G4 and G4 Plus, Motorola is literally aiming to make its budget lineup bigger and better. They've got larger and sharper screens, improved cameras and, of course, speedier processors. With those upgrades come compromises, though. For one, they're more expensive: The G4 starts at $200 and the G4 Plus at $250. Motorola also made some curious design decisions, which in many ways feel like a step back. Still, they both manage to carry the mantle of Smartphone Value King.

The Moto G4 Plus finally brings a great camera into Motorola's budget lineup. It's decently fast for the price, though the build quality might not last years of use.

Be the first to review the Moto G4 Plus?
Your ratings help us make the buyer’s guide better for everyone.
Write a review

The Moto G4 is a decent step up from the Moto G, thanks to its larger and sharper screen. But it still doesn't have a great camera.

Be the first to review the Moto G4?
Your ratings help us make the buyer’s guide better for everyone.
Write a review

You won't find any premium aluminum or chamfered edges on the G4 and G4 Plus. They've got practical and simple plastic cases. Still, they don't feel like budget phones. Their curved edges make them easy to hold, and the slightly textured rear cover feels a bit luxurious against your palm. Both phones are also noticeably larger than any previous Moto G, thanks to their 5.5-inch 1080p screens. At least they're thinner than their 11.6mm thick predecessor, clocking in at just 7.9 to 8.9 millimeters. Strangely enough, they weigh the same 155 grams (0.34 pounds) as before.

The G4 and G4 Plus feel pretty solid for plastic-encased phones. There's little flex or creaking when gripped tightly. Long-term durability might be a concern though — somewhere during my week of testing I nicked the top of the G4 Plus's plastic edge. I never dropped it, so your guess is as good as mine as to how it got damaged. It does make me worried about how well they'd stand up to months of everyday use. Both phones sport removable back covers, just like all the previous Moto G models. In addition to the nano-SIM slot, there's a microSD slot for up to 128GB of additional storage. They pack in 3,000mAh non-removable batteries, a nice bump from the last Moto G's 2,470 mAh offering. It's a shame that the battery can't be swapped out, but it's also large enough that that shouldn't be a huge issue. (We didn't have a problem with it last year, either.)

Powering all of this budget goodness are 1.5GHz Snapdragon 617 octa-core processors. Both phones offer 16GB of storage by default, but you can bump up to 32GB with the G4 (a no-brainer $30 premium) or 64GB with the G4 Plus (for another $100). They come with 2GB of RAM though the 64GB G4 Plus gives you a luxurious 4GB of RAM. 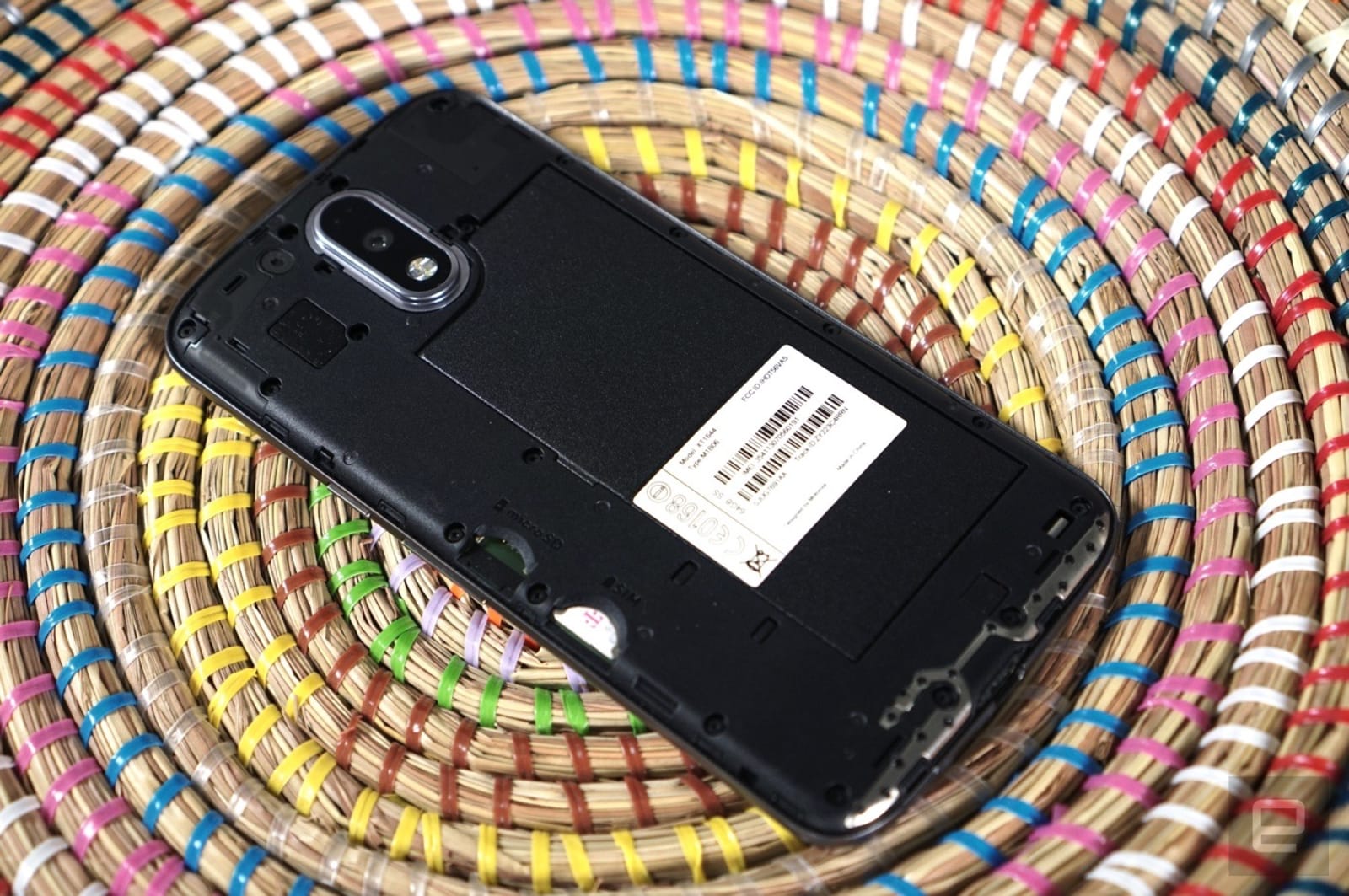 Given that they both share so much hardware, you're probably wondering what makes the G4 Plus, well... Plus? The most obvious difference is on its front, the fingerprint sensor, which sits right below the software home button. The G4 Plus also packs in a 16-megapixel rear camera with phase detection and laser autofocus. The G4, on the other hand, has a 13-megapixel shooter without the added niceties.

One unfortunate downgrade from last year: Neither phone is waterproof. Instead, Motorola is calling them "water repellant," thanks to a "nano-coating" technology that protects them from spills. That means they should be fine during light rain or if you spill coffee on them. Just don't go fully submerging them in anything. 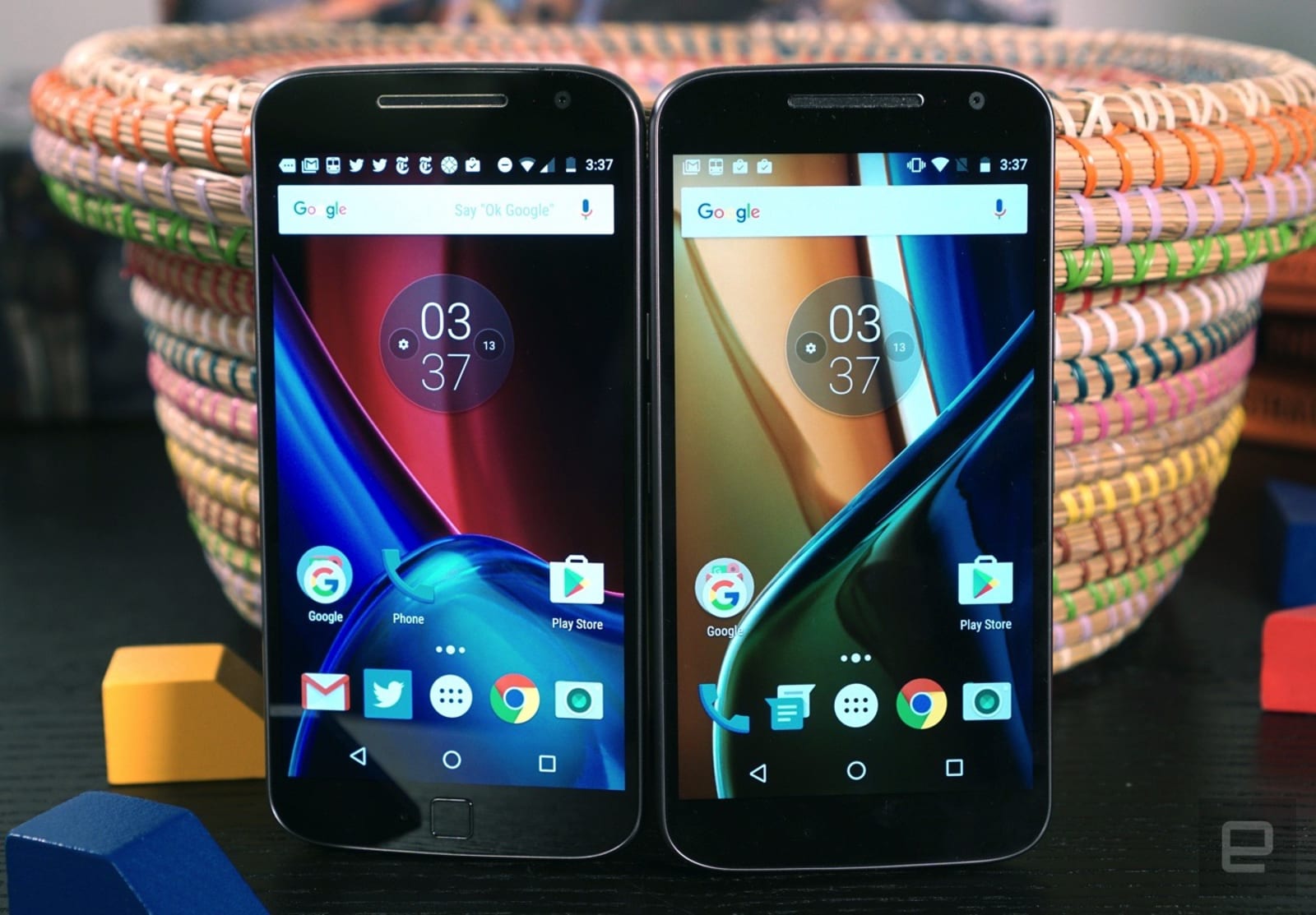 There's nothing budget about the 5.5-inch 1080p displays on the G4 and G4 Plus. They're not quite as fancy as the quad HD displays we're seeing in some flagships, but they still pack in 401 pixels per inch, which is plenty sharp for typical usage. Colors were bright and bold, even in direct sunlight, and viewing angles were surprisingly great. I didn't notice much of a difference between my iPhone 6S while reading long articles from Pocket and the New York Times app. Videos also looked uniformly great. The big downside is that they're less capable when it comes to mobile VR. It's no wonder they're not Google Daydream ready (though nothing is stopping you from plugging them into a Google Cardboard headset).

On the sound front, Motorola made the curious decision of replacing the last Moto G's solid stereo speakers with a single one. It's plenty loud, but it doesn't sound nearly as good as before. Now that Bluetooth speakers are cheap and small, I'd recommend just snagging one as an accessory.

One nice feature that I never thought I'd have to call out in 2016: Both phones have headphone jacks! For the uninformed, you use them to connect a wide variety of audio devices, including headphones. Someone should tell Motorola that these audio ports, which have been universally supported for decades, would be a nice addition to their flagship Moto Z lineup. That's especially true for the Z Force, which is thick enough to fit a headphone jack. (Yes, the Moto Z comes with a dongle, but that comes with plenty of compromises. You won't be able to charge the phone when the dongle is plugged in, for example.) 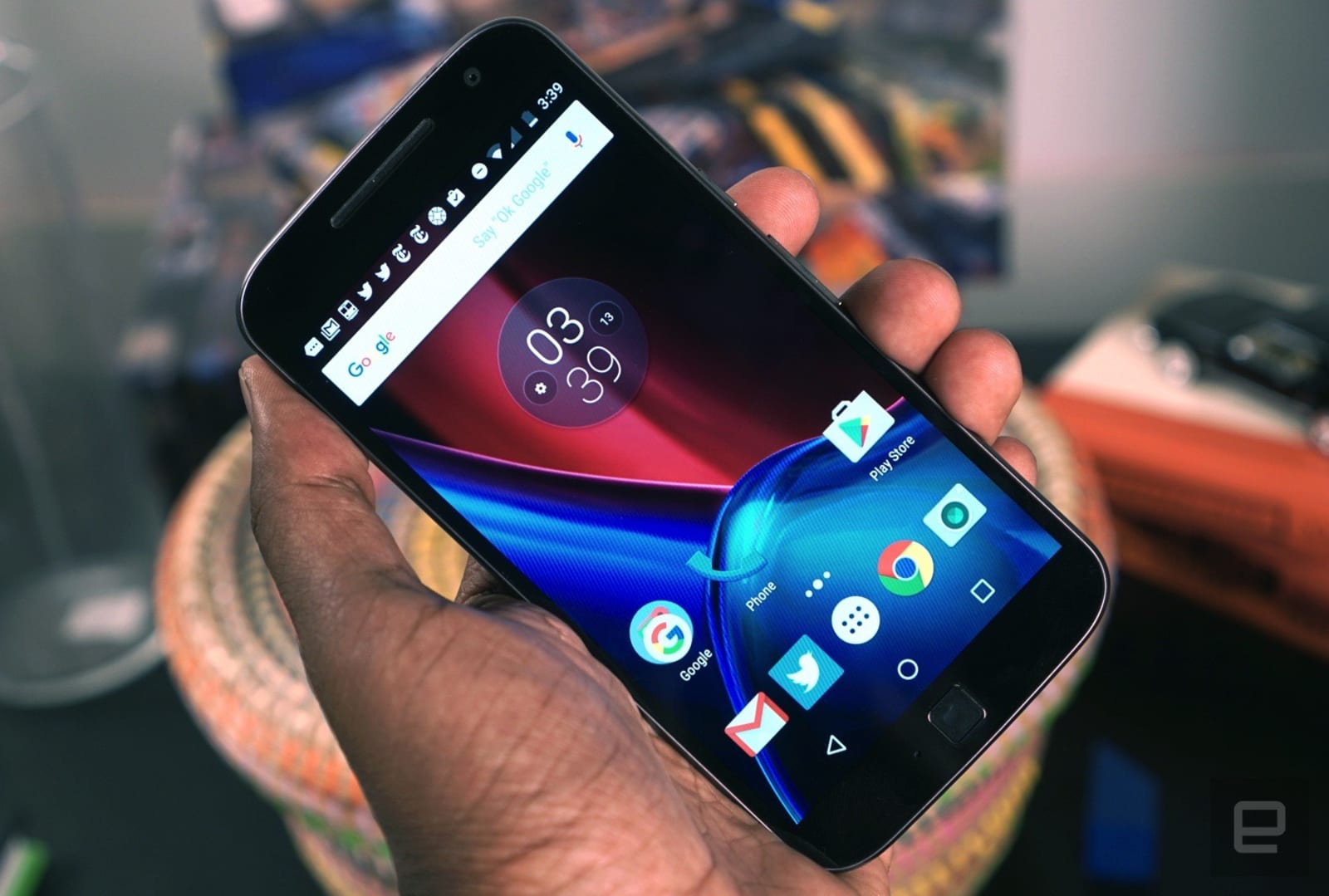 Motorola delivered a nearly stock OS on the G4 and G4 Plus, specifically Android 6.0.1. Marshmallow. The phones are devoid of the junkware and sponsored apps you often find on budget devices. None of this is new for Motorola; it's been trying to deliver vanilla versions of Android since it was under Google. But it's nice to see the company stick with that philosophy under Lenovo.

Motorola's unique gestures, which made their debut on the original Moto X, once again make an appearance. Twisting either phone twice, similar to turning a door handle, quickly loads up the camera from anywhere in the OS. Making a double-chopping motion turns their flashlights on and off. What's particularly nice is that both features work consistently even when the phones are in standby mode. This is where the Moto G4 and G4 Plus truly diverge. Should you settle with a 13 megapixel camera, or spend the extra cash for the G4 Plus's 16 megapixel one loaded with autofocusing upgrades? Based on my testing, the G4's camera is a bit hit or miss. Sometimes it delivered sharp and vibrant photos, but sometimes its color rendering was all off. It was also a constant disappointment in low light. The G4 Plus was a lot more consistent -- it was able to lock onto subjects much more quickly, and it was actually useful in low light. Looking at both phones shows how far we've come in the world of mobile cameras. But, if I had to choose, I'd opt for the G4 Plus's shooter without any hesitation.

While Motorola used a light touch with most of the software, its camera app is a very different experience from Google's stock entry. There's a radial exposure meter right next to the focusing ring, which lets you lighten or darken the image by dragging it up or down. Flash, HDR and timer settings are also on the left side of the screen, instead of the top. If you want to take panoramic photos, or simply want manual controls, you'll have to use a separate app, like ProShot or Open Camera. 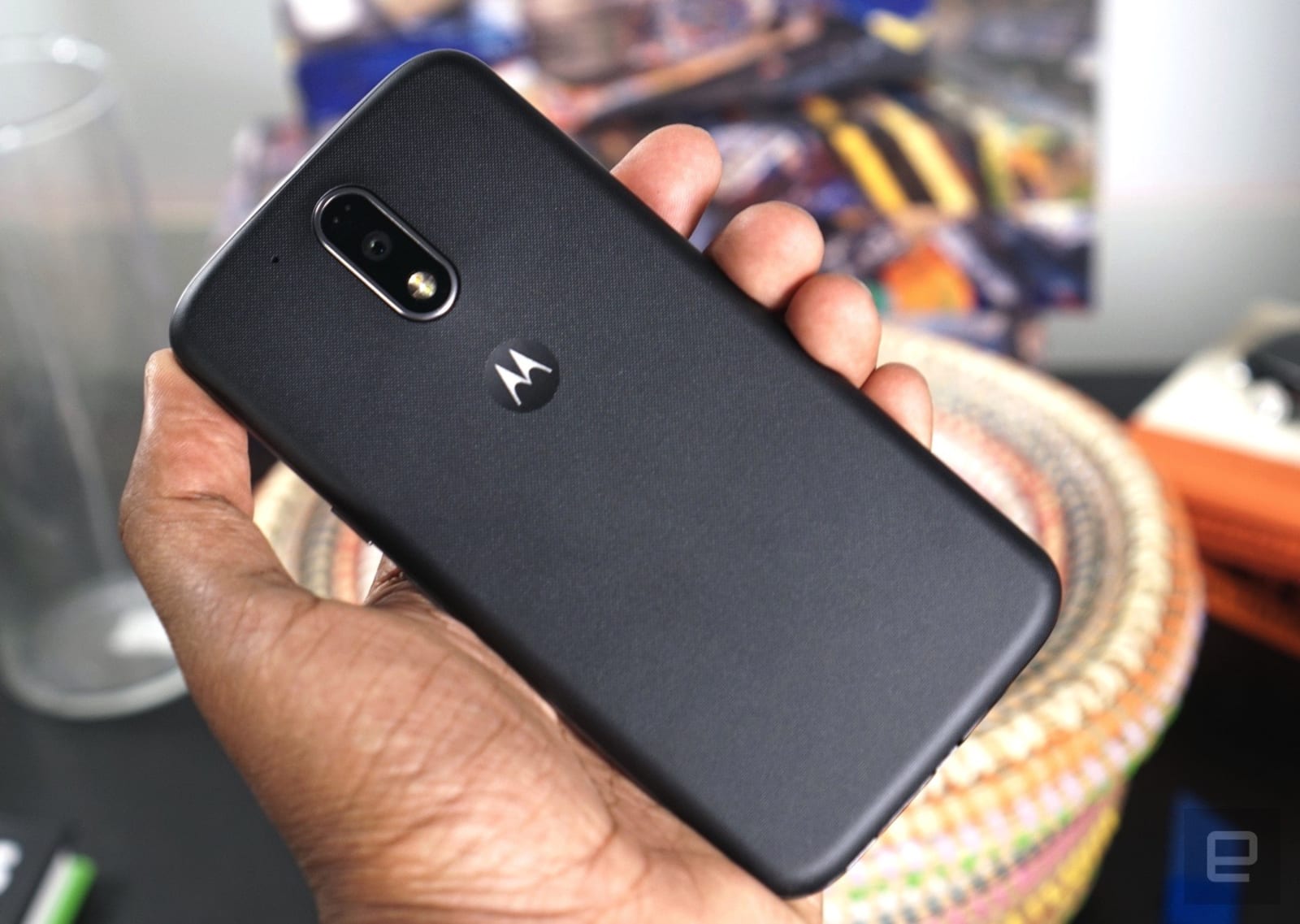 While I was bracing for a slow experience with the Moto G4 and G4 Plus (due to increased rendering demands for 1080p screens, last year's display was only 720p), both phones surprised me with their relatively smooth performance. Sure, they're not as instantaneously zippy as expensive flagships, but they also don't feel like "budget" devices. Browsing around Android Marshmallow, launching multiple hefty apps like Pokémon Go, and juggling through them was relatively painless. There was the occasional slowdown on the G4, but nothing show-stopping. If anything, their performance feels more in line affordable mid-range phones like the Nexus 5X.

And when it came to demanding usage, I was surprised by how well both phones held up. I was able to capture 1080p videos of both phones' displays using the AZ Screen Recorder app while running Pokémon Go and jumping through several apps. The Moto G4 showed a bit of slowdown, but Pokémon Go was still totally playable. And the resulting video didn't have any major hiccups or dropped frames. The Moto G4 Plus with 4GB of RAM fared even better, with no slowdown during screen recording.

The benchmarks for both phones reflect the strong performance I saw. Compared to last year's Moto G, they scored four times higher in AndEBench, three times faster in CF-Bench, and they were more than twice as fast when it came to the 3DMark Ice Storm Unlimited. Of course, benchmarks aren't everything, but huge performance bumps like these are noteworthy. I wouldn't have dared play a complex 3D game on the last Moto G, but the G4 and G4 Plus ran games like Racing Rivals without any issue.

The fingerprint sensor on the G4 Plus was easy to set up, and it had no trouble accurately recognizing my fingers. Its placement on the face of the phone is confounding though. Motorola would have been better off placing it on the rear of the phone like LG, or making it an actual home button like Samsung and HTC.

As for battery life, neither phone disappointed. Their 3,000mAh offerings had no trouble lasting me throughout a full day, even when I decided to go on some impromptu Pokémon hunts. In our test, which involves looping an HD video at 50 percent brightness, they both lasted around 12 hours and 30 minutes. The previous Moto G, lasted 10 hours and 40 minutes. 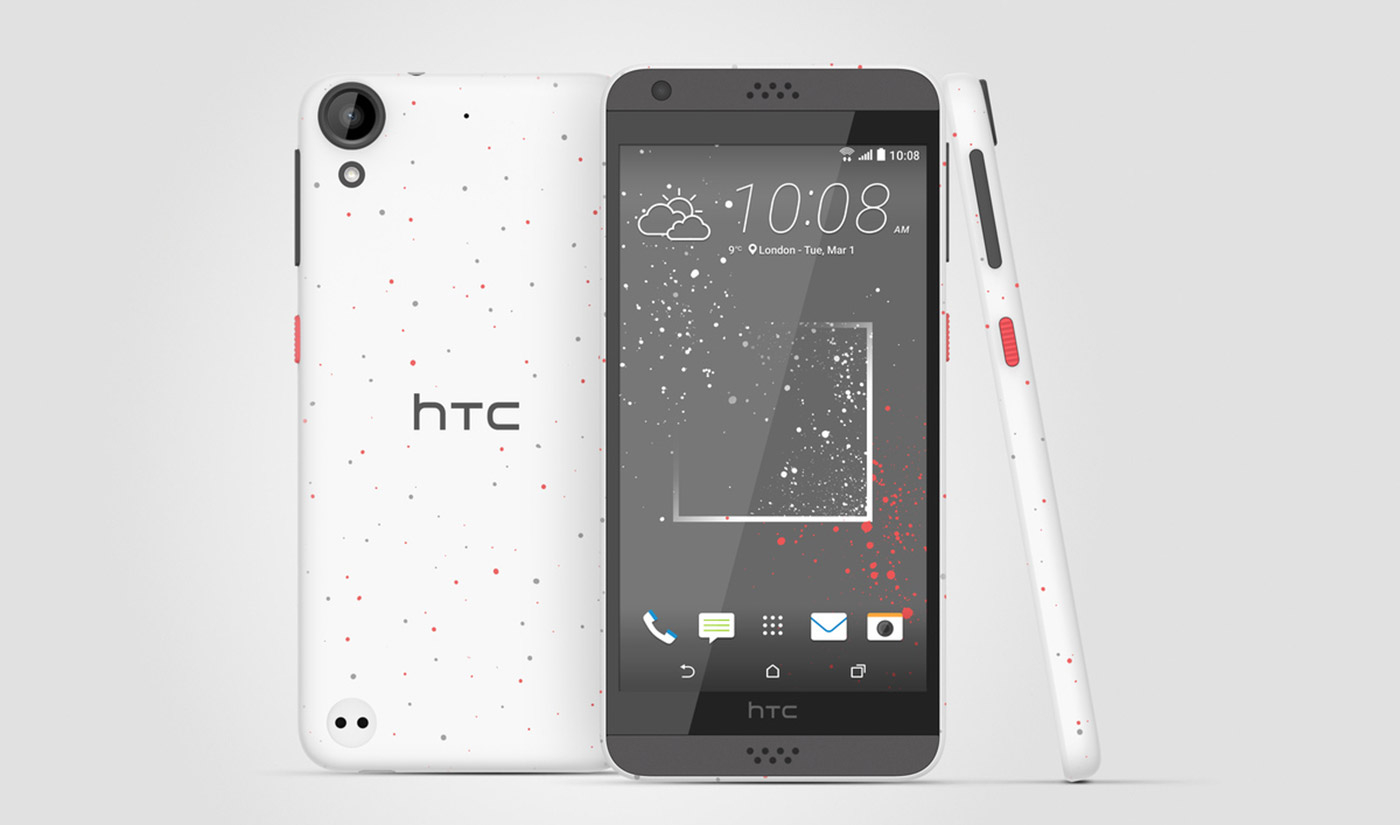 At $200 for the Moto G4 and $250 for the G4 Plus, both phones are practically in a class of their own. There are cheaper phones out there, including Motorola's own Moto E and HTC's $179 Desire 530, but they all have significantly worse performance in every respect. If you wanted a big upgrade, you could step up to the Nexus 5X, which currently sells for between $280 and $350 and remains one of the best Android phones on the market. Beyond that, there are the affordable high-end options like the $399 OnePlus 3.

If you've only got $200 to spend, there's no better option than the Moto G4 right now. Stepping up to the G4 Plus gets a bit more confusing. If you want the 64GB version with 4GB of RAM, you'd have to shell out $300. At that point, the Nexus 5X is more tempting thanks to its faster hardware, though you'd have to live with its smaller 5.2-inch screen. 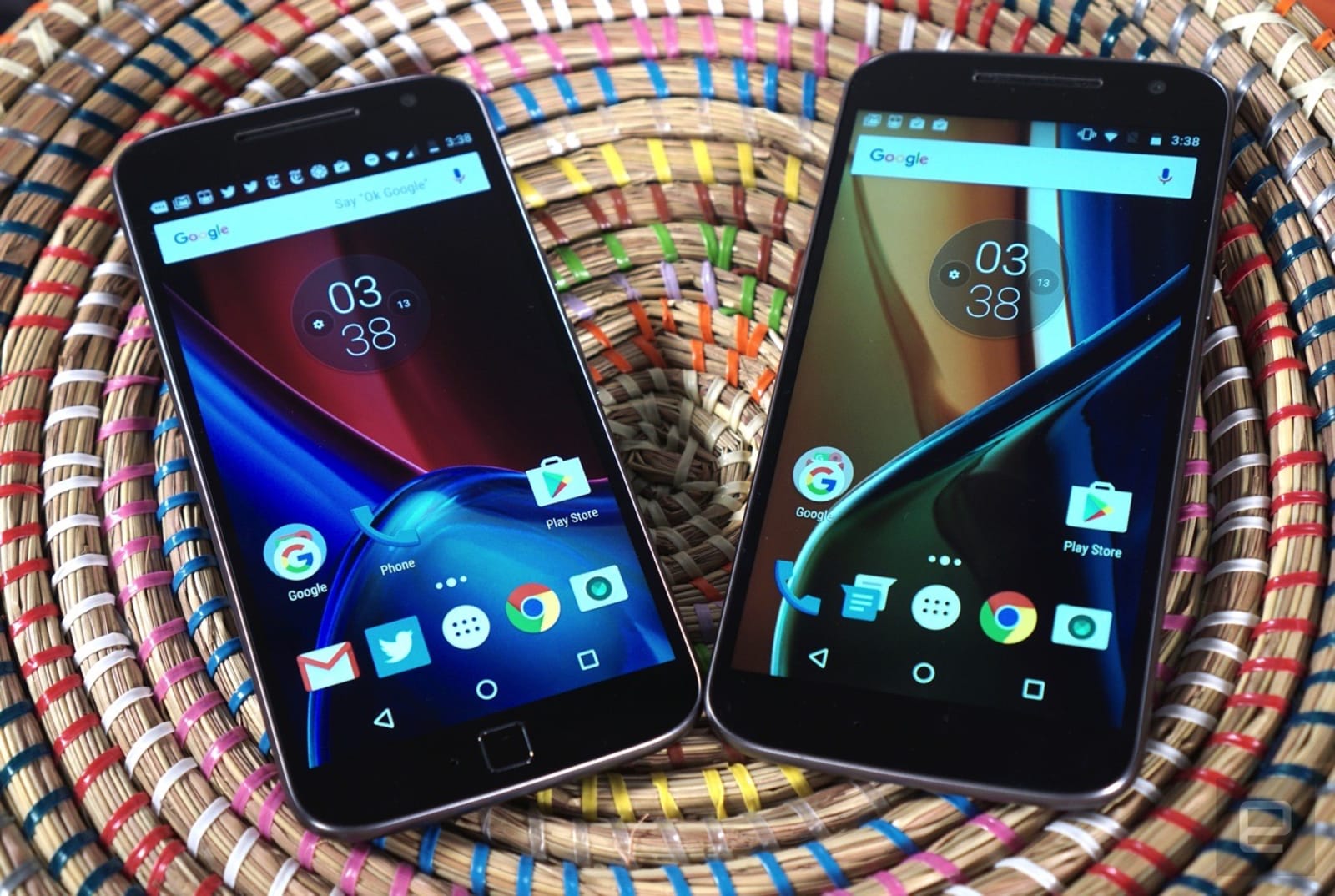 Motorola's big problem with these new phones is that the last Moto G was simply too good. In pushing for larger screens and other upgrades, it also introduced some compromises. Ultimately though, the good outweighs the bad. The Moto G4 and G4 Plus offer plenty of power and versatility without breaking the bank. And they show that, once again, nobody does budget phones better than Motorola.

In this article: Android, gear, lenovo, mobile, MotoG, MotoG4, MotoG4Plus, Motorola, review
All products recommended by Engadget are selected by our editorial team, independent of our parent company. Some of our stories include affiliate links. If you buy something through one of these links, we may earn an affiliate commission.