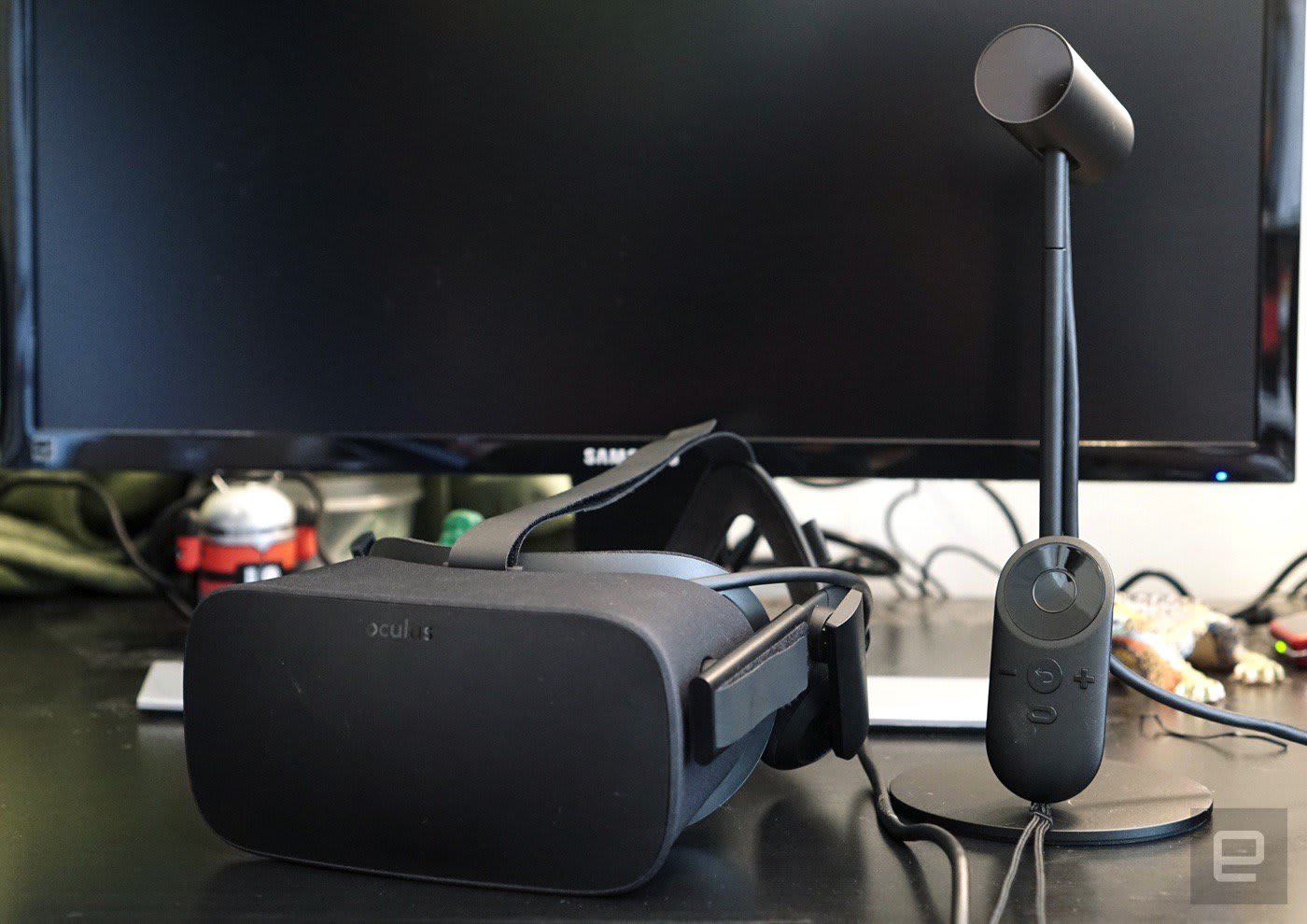 When virtual reality fanatics argue about what headset is best, two arguments tend to prevail: "The Oculus Rift is more comfortable," and "only the HTC Vive does roomscale VR." Soon, that second argument won't matter as much. Thanks to a recent update, the Rift's Oculus Home software now boasts support for up to four tracking sensors -- doubling one of the basic requirements the hardware needs to be used for accurate, room-scale virtual reality.

It's great to see the support for room-scale VR show up in Oculus' software suite, but it doesn't mean a lot just yet. The Rift only shipped with a single tracking sensor, and there's currently no way for consumers to purchase extra sensors directly from Oculus -- at least not without buying another Rift headset, too. Still, developers who happen to have multiple sensors (and the unreleased Oculus Touch controllers) have already tested the new functionality out, and have confirmed that room-scale SteamVR games can now be played with Oculus hardware.

Still, it's a good indicator that Oculus is getting closer to launching its long-awaited Touch controllers -- the other half of the Rift's room-scale puzzle. For Rift owners, that's great news.

In this article: av, games, gaming, Oculus, oculusrift, rift, roomscale, roomscalevr, video, videogames, vr
All products recommended by Engadget are selected by our editorial team, independent of our parent company. Some of our stories include affiliate links. If you buy something through one of these links, we may earn an affiliate commission.