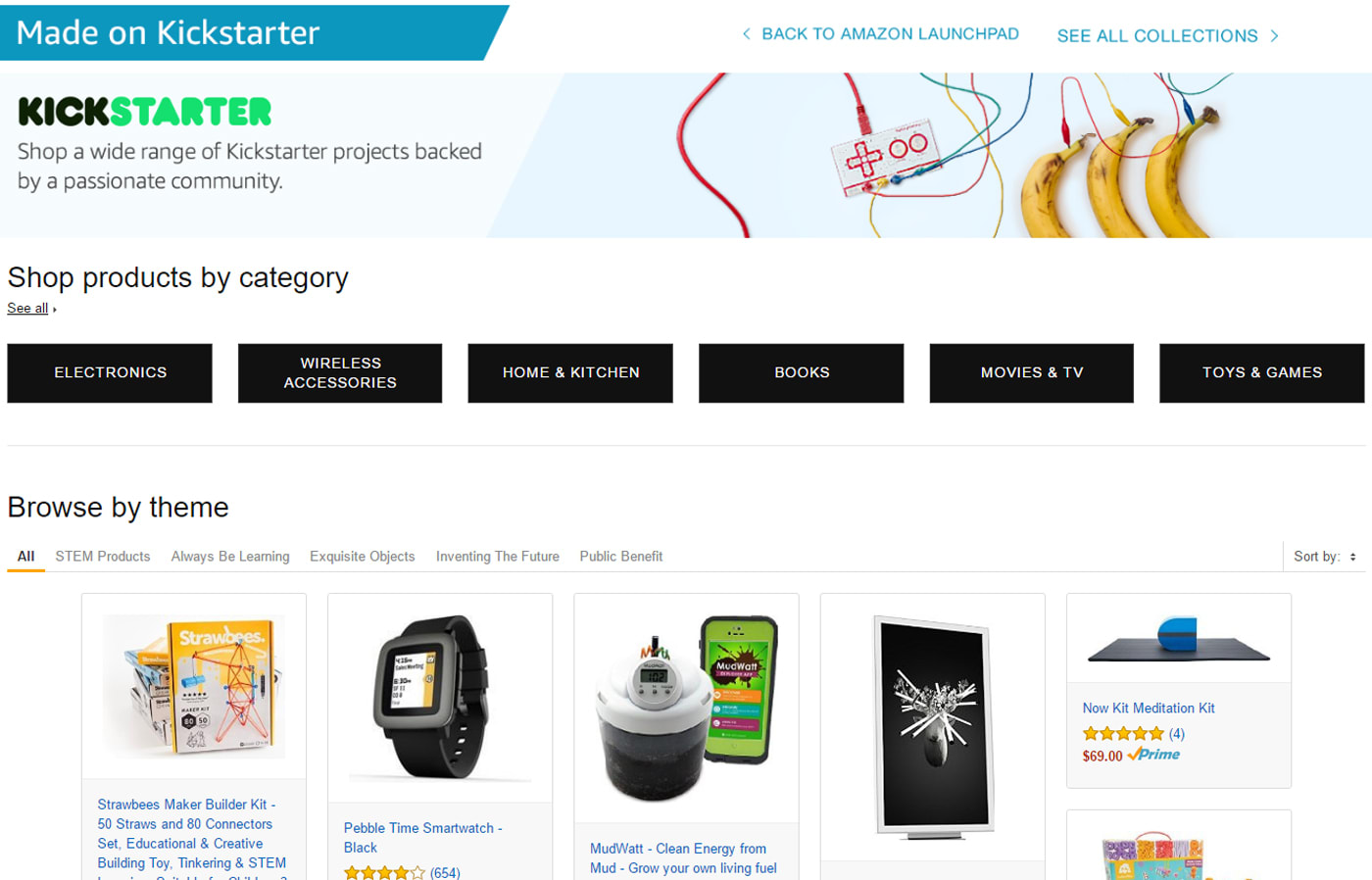 Looking for a crowd-sourced gadget, but don't actually want to run the risk of backing a Kickstarter? Good news: Amazon just launched a hub for completed, successful Kickstarter products. The product category lives on Amazon's Launchpad page -- a digital store for start-ups that sell crowdfunded and first run products on consignment. Kickstarter projects have always been present on Launchpad, but now they have there very own category and landing page.

In all, Amazon says it's featuring about 300 Kickstarter projects, including technology, cooking accessories, independently published books and more. This means it has well known Kickstarter successes like the Oculus Rift or Pebble smartwatches, but also features a penny-portrait of Abraham Lincoln, a mud-powered fuel cell kit and a coffee cup shaped like a horn. At the end of the the day, it's just another way you can buy stuff on Amazon -- but if you never backed a Kickstarter project before, it's a good way to catch up on some of the platform's most successful projects.

Source: Amazon (1), (2)
In this article: amazon, amazonlaunchpad, business, gear, Kickstarter, startups
All products recommended by Engadget are selected by our editorial team, independent of our parent company. Some of our stories include affiliate links. If you buy something through one of these links, we may earn an affiliate commission.