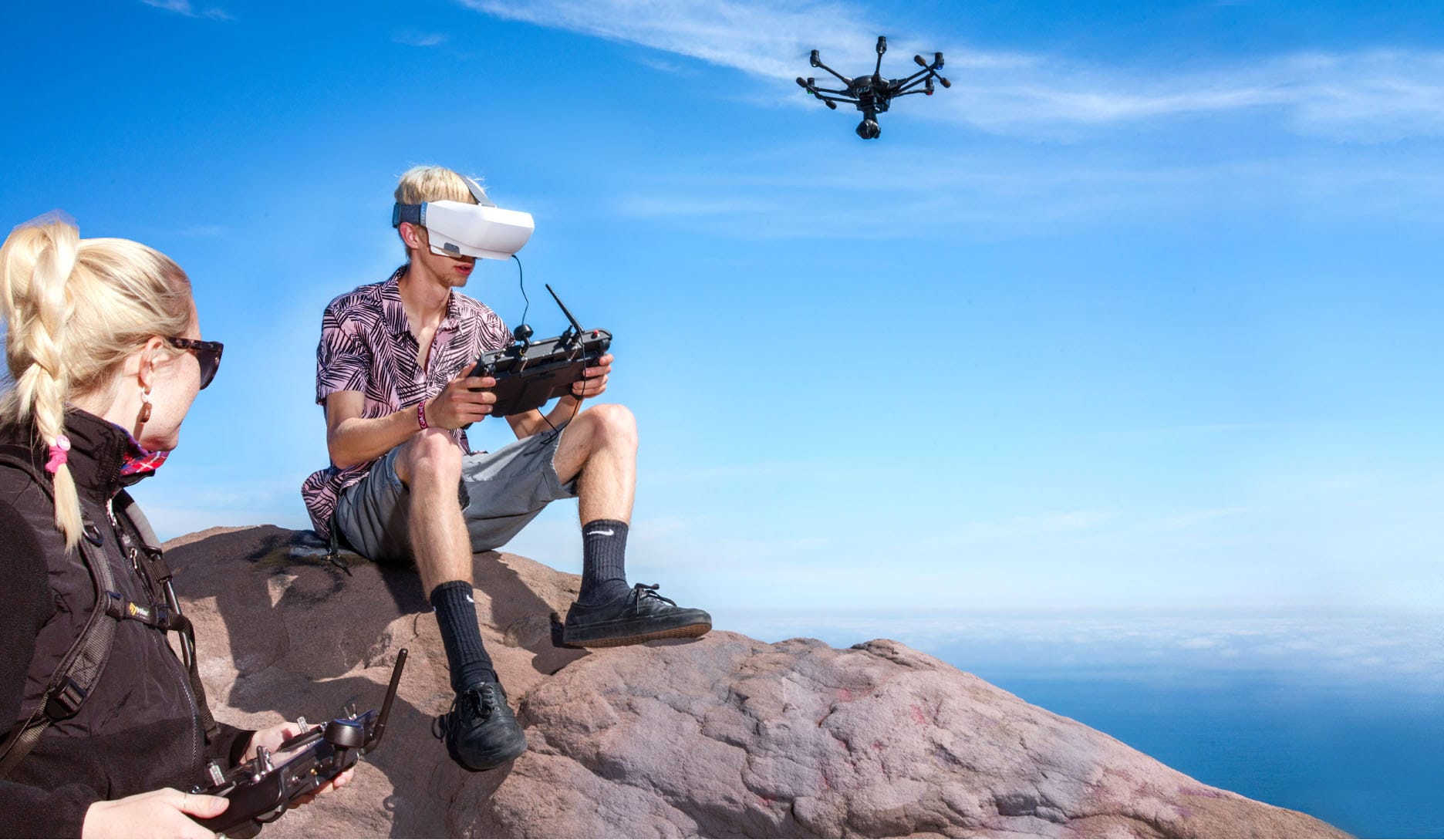 The world of "first person view" (FPV) flying -- where pilots don video specs to see what the drone sees -- isn't new, but consumer-friendly headsets like Yuneec's SkyView goggles might make it more accessible. Stick SkyView on your noggin' (pulled-up socks optional), connect a compatible controller -- like Yuneec's own Typhoon H -- and you'll be flying from the best seat in the house. Inside the $250 SkyView is a 5-inch, 16:9, 720p display, and it connects to any HDMI video source, not just drones.

Most FPV goggles (like the popular Fat Shark series) use antennas to receive video wirelessly from RC planes or quadcopters, so these won't appeal to hardcore racers. But, for more casual pilots it's an easy, relatively inexpensive way to get into FPV -- and the HDMI input means these can double as a personal (if a little goofy) home theater, similar to Avegant's Glyph which cost $700, and is also 720p.

You'll have noticed the SkyView looks more than a little like a virtual reality headset, but think of it more as a personal theater. There's no head tracking or sensors, it just takes an HDMI signal and pipes it into your eyes. You can of course plug your Xbox or PS4 in for some intense private gaming -- the field of view is a decent 75 degrees -- but don't expect to be able to "look around." You could also plug your iPhone in (with an adapter) or Android (if it supports an HDMI standard) and view anything you can do on your handset. Don't worry, there's a headphone jack on the headset, too, if you don't want people to hear whatever it is you're viewing in privacy.
Source: Yuneec
In this article: drone, firstpersoneview, fpv, gear, goggles, robots, skyview, videogoggles, wearables, yuneec
All products recommended by Engadget are selected by our editorial team, independent of our parent company. Some of our stories include affiliate links. If you buy something through one of these links, we may earn an affiliate commission.