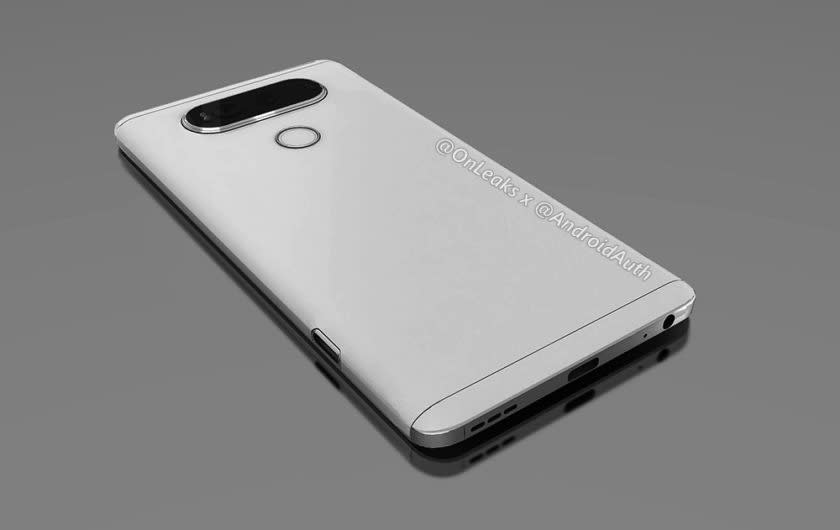 Just a few days ago, LG revealed that it will introduce its first Android Nougat phone in San Francisco on September 6th. The V20 is said to come with similar dual-screen, dual-selfie camera features as its predecessor, the V10. And now, thanks to OnLeaks and Android Authority, we're getting a first look at purported renders of the device. Most notably, the 5.7-inch V20 appears to have a modular design, based on a button placement reminiscent to that of LG's newly minted G5.

As Android Authority points out, there appears to be a bottom lip as well, which could be a removable piece to make room for different kind of accessories. That said, the publication says its sources haven't confirmed if the V20 is actually modular, so hold off on making any final judgements for now. Either way, we'll likely find out more details about the handset in the weeks leading to its official announcement.

Update: A reliable source informed us that the V20 won't be taking the same modular approach as the G5, which means that button on the right side of the phone is likely a camera button. Why else put it there instead of on the left like the G5's module eject button? 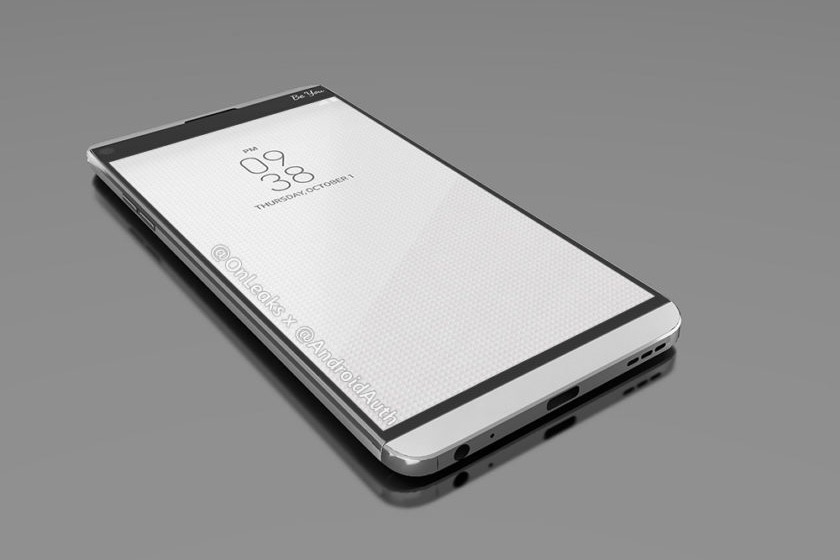 Source: OnLeaks/Android Authority
In this article: android7.0, androidnougat, g5, gear, lg, lgg5, lgv20, mobile, modular, modularphone, modularsmartphone, v20
All products recommended by Engadget are selected by our editorial team, independent of our parent company. Some of our stories include affiliate links. If you buy something through one of these links, we may earn an affiliate commission.