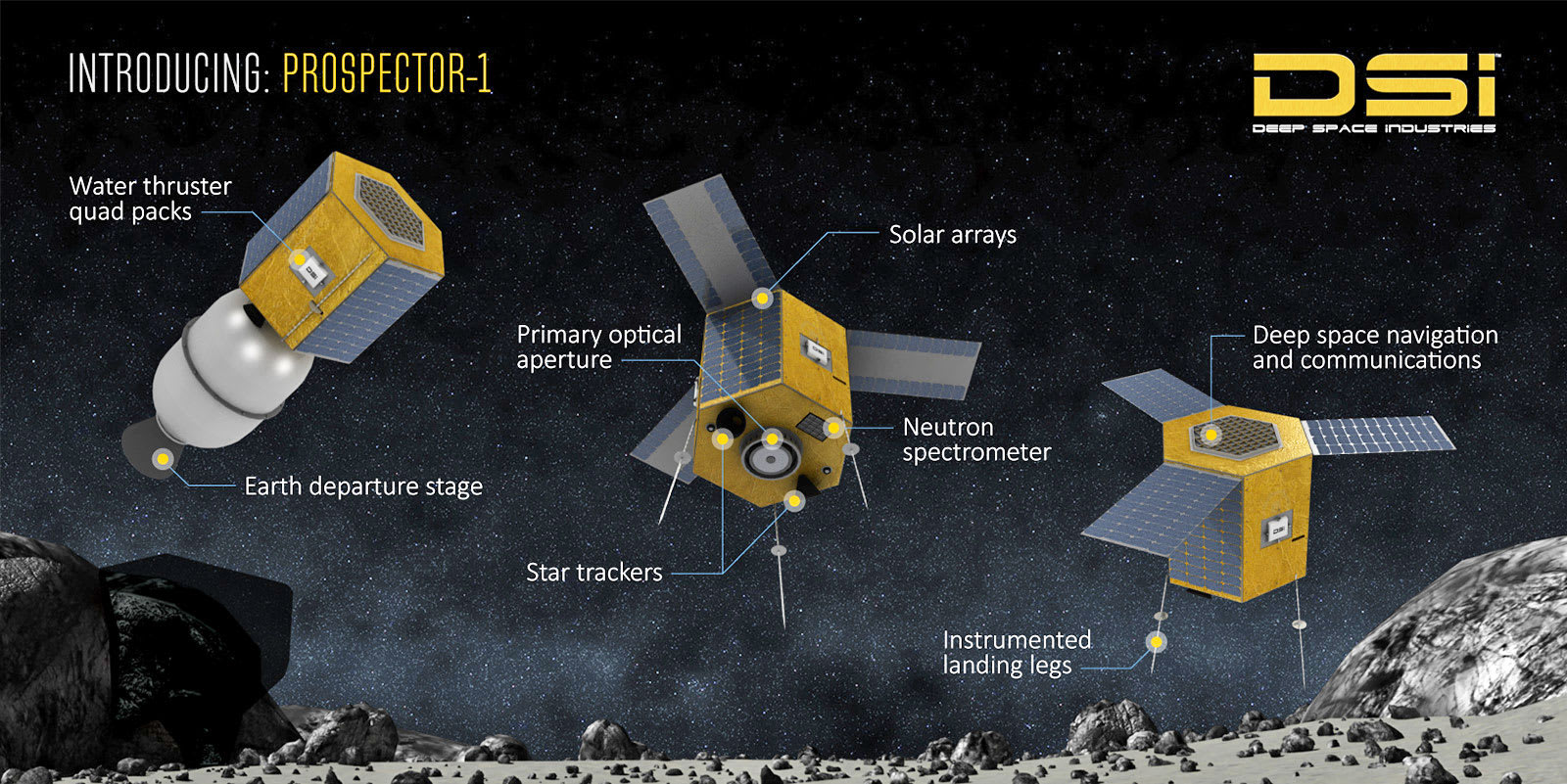 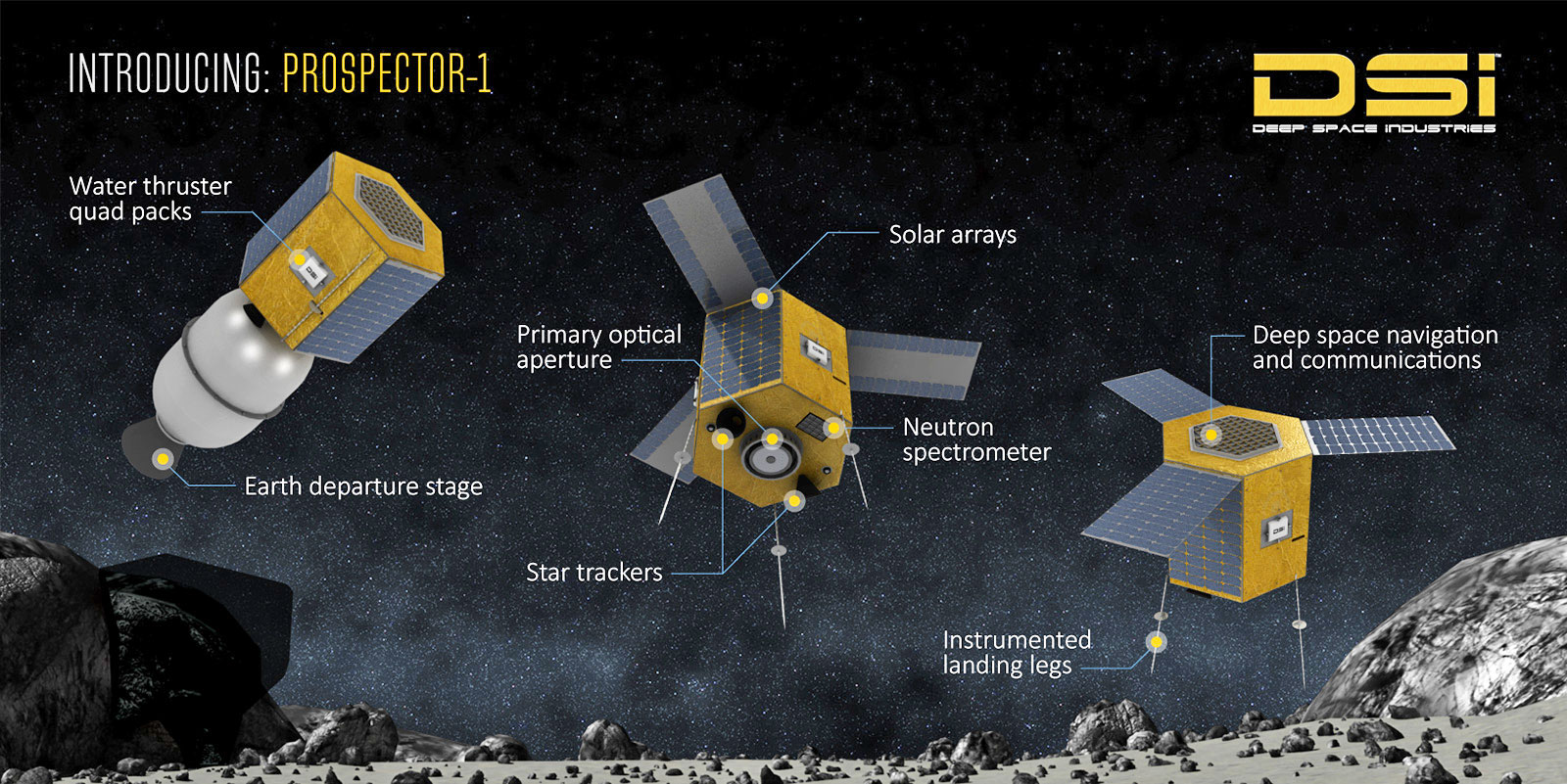 This week, asteroid mining company Deep Space Industries announced detailed plans to launch the first private mission to an asteroid by 2020. The California-based company plans to build a successor to its Prospector-X test craft called Prospector–1, which will land directly on an asteroid as it passes near Earth. Although Prospector–1 won't be bringing back any gold or platinum, the historic mission will map the surface of the asteroid and analyze the rock for resources that could be useful in DSI's long-term plans.

According to a statement from DSI, Prospector–1 will be a small craft just 110 pounds (50 kg) and will inherit radiation-tolerant payloads and avionics from its little sibling Prospector-X after its launch in 2017. Although DSI plans to one day scrape asteroids for metals and other resources, its first asteroid mining product will simply be water. Both Prospector crafts use the company's proprietary water propulsion system, which uses superheated water vapor for thrust, rather than rocket fuel. So, the ability to mine asteroids for water means DSI will eventually be able to restock crucial resources like fuel and drinking water without the need for a return trip to Earth

The company plans to pick its first destination asteroid from "a group of top candidates" selected by the company's in-house asteroid experts. When Prospector–1 arrives at its target, it will map the surface and subsurface with both visual and infrared cameras and determine the overall water content before touching down on asteroid using those same water vapor-powered thrusters. Once it has landed, the humble Prospector-1 will be the first commercial base ever established on a space object, paving the way for DSI's next generation of asteroid harvesting missions.

"Prospector–1 is not only the first commercial interplanetary mission, it is also an important milestone in our quest to open the frontier," DSI co-founder Rick Tumlinson said. "By learning to 'live off the land' in space, Deep Space Industries is ushering in a new era of unlimited economic expansion."

Via: The Verge
Source: Deep Space Industries
In this article: AsteroidMining, asteroids, deepspaceindustries, prospector-1, prospector-x, science, space
All products recommended by Engadget are selected by our editorial team, independent of our parent company. Some of our stories include affiliate links. If you buy something through one of these links, we may earn an affiliate commission.