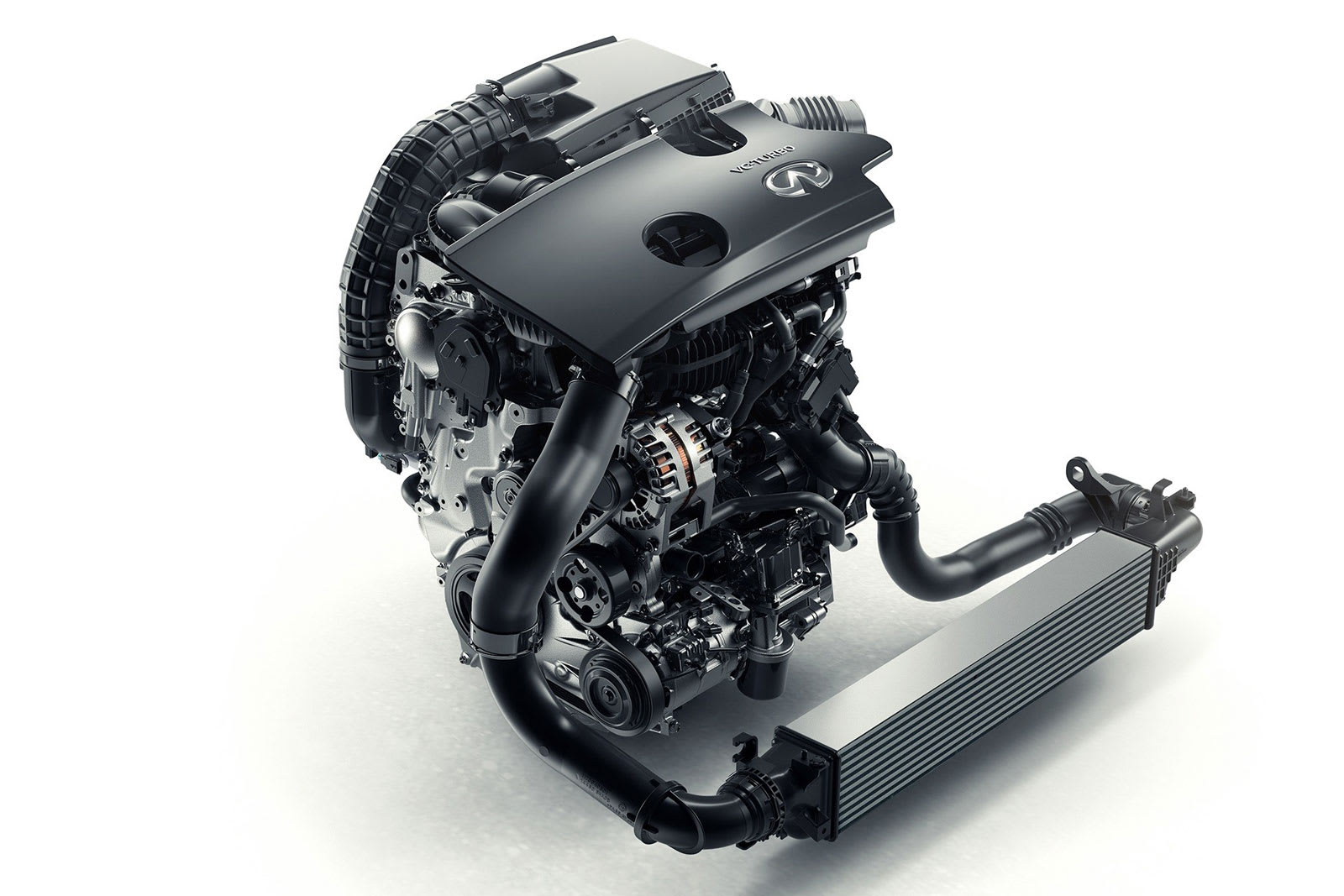 Hybrid and pure electric cars may be the future of transportation, but Nissan's Infiniti badge has found a way to make the most out of gas engines while they're still relevant. When the next-generation QX50 crossover arrives in 2017, it'll carry the first-ever production variable compression turbo (VC-T) engine -- a technology that promises to dramatically improve fuel efficiency without compromising on performance. By automatically adjusting the height the engine's pistons reach, the VC-T motor can optimize its compression ratio for the task at hand. It'll lower the ratio if you're mashing the throttle (to prevent premature detonation and make the most of the turbo), but raise it when you're putting around town and need to wring out better mileage.

If you ask Infiniti, the result is the best of both worlds. The future QX50 will kick out 268HP and 288lb/ft of torque, but gets up to 27 percent better fuel economy than Nissan's widely used 3.5-liter V6. It's lighter and smaller than similar conventional engines, too, and doesn't need treatment to pass modern emissions standards. The big drawback is that it's limited to four-cylinder engines, but this inaugural VC-T is powerful enough that it can go toe-to-toe with (and will likely replace) that previously mentioned V6. Nissan is also contemplating the possibility of pairing it with a hybrid system.

You should learn more about the engine at the Paris Auto Show on September 29th. Even at this early stage, though, it's apparent that VC-T could be one of the last gasps for purely gas-powered cars in the mainstream. As the company explained to Reuters, it sees variable compression technology as an eventual replacement for diesel. It could be the go-to option for drivers who can't (or won't) switch to electric vehicles and are leery about diesel pollution, but still care about efficiency and running costs.

Via: Autoblog
Source: Infiniti
Coverage: Reuters
In this article: engine, environment, FuelEconomy, fuelefficiency, gas, gasoline, gear, green, infiniti, nissan, qx50, transportation, turbo, variablecompression, vc-t
All products recommended by Engadget are selected by our editorial team, independent of our parent company. Some of our stories include affiliate links. If you buy something through one of these links, we may earn an affiliate commission.