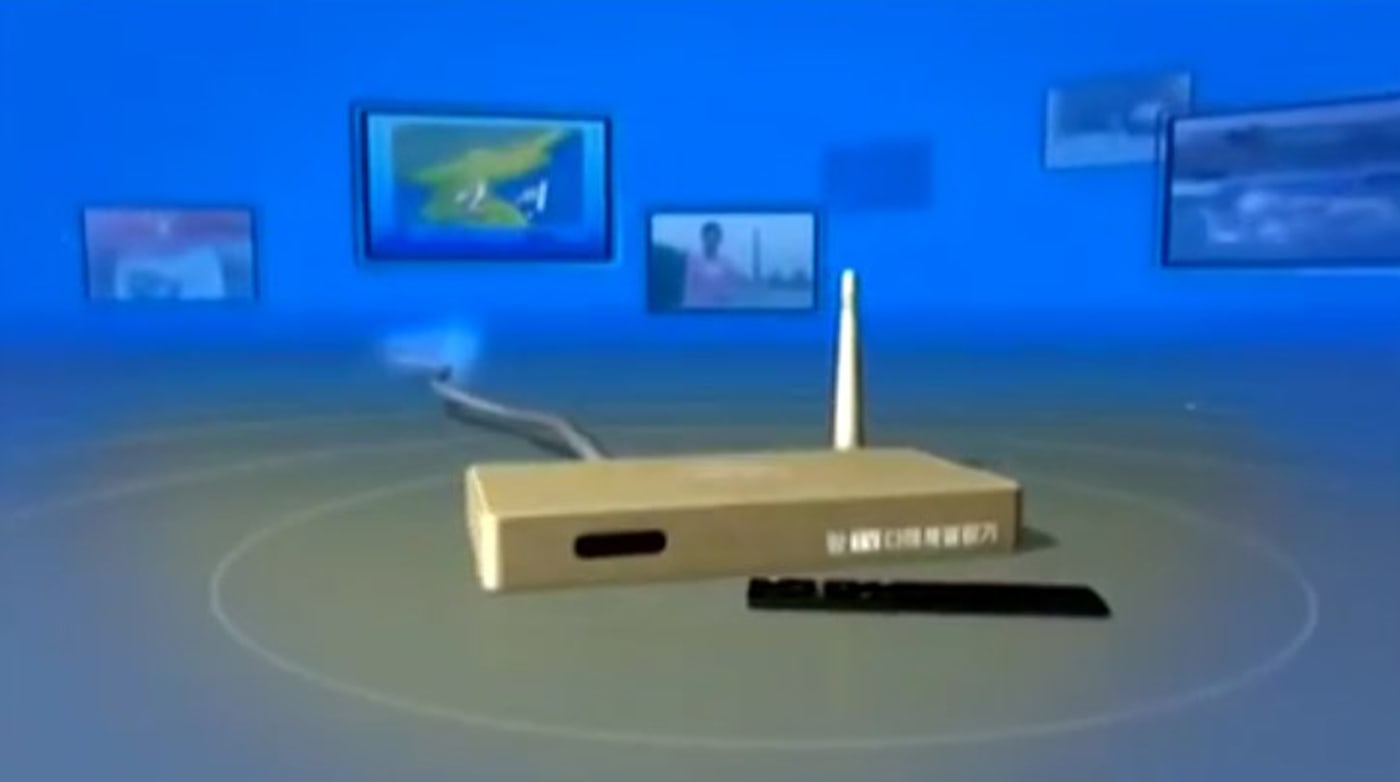 You can't watch Netflix in North Korea, but the Democratic People's Republic now has something, at least: Manbang -- a state-approved set-top box that streams live TV, on-demand video content and newspaper articles over the internet. It's a step forward for digital media delivery for North Korea, but it's still fairly limited. Manbang, which ironically translates to "everywhere," is only available to citizens in Pyongynag, Siniju and Sariwon.

The service's limited availability is hardly a surprise. North Korea isn't exactly known for having widespread internet access -- and what it does have is fairly limited. That seems to be the case here, too: the service's on-demand content seems to focus on Juche ideology and documentaries about North Korean leaders (we're guessing The Interview won't arrive on this service anytime soon). Viewers will also be able to call up educational programs designed to learn English and Russian.

Naturally, the device isn't being marketed so much as a propaganda delivery system as a convenience -- North Korea's KCTV describes Manbang as a respite from the "radio interference" that makes television broadcasts unwatchable in border cities. That sounds all well and good for citizens who want to watch what the state wants them to watch. As for everybody else? Well, there are options.

Source: NK News
In this article: culture, gadgetry, gadgets, internet, korea, manbang, northkorea, streaming, streamingvideo, video
All products recommended by Engadget are selected by our editorial team, independent of our parent company. Some of our stories include affiliate links. If you buy something through one of these links, we may earn an affiliate commission.