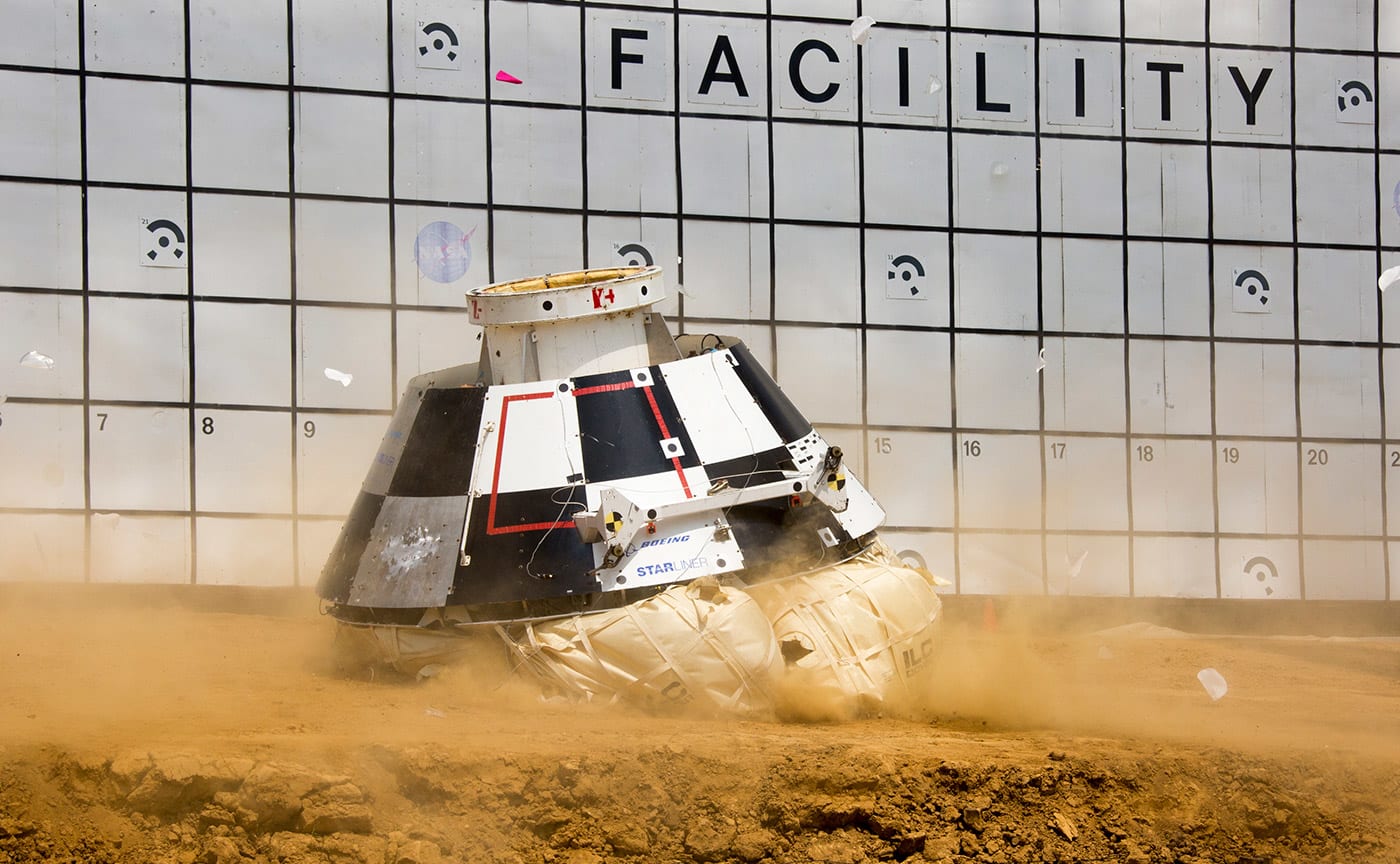 Boeing ran into some issues that ended up delaying its space taxi's debut until 2018, but it never stopped preparing for the time it has to begin ferrying astronauts to the ISS. The aerospace company has actually just kicked off a series of ground landing tests, which simulate different scenarios its Starliner spacecraft and the crew inside could experience on their return trip. Boeing test engineer Preston Ferguson said they're creating the worst possible landing angles and velocities at NASA's Langley Research Center to make sure Starliner can handle them.

While they're only using a mock-up Starliner, Ferguson said these tests will allow the company to "verify the capability of landing at enveloping capsule and soil conditions to make sure that the vehicle will be stable and that the crew will be safe under expected parachute landing conditions." The team will compile the data collected from this series with what they gathered from doing 20 abort water landing scenarios in the past. They'll then apply what they learned to conduct another series of landing simulations, this time with a dummy crew inside. That's similar to what NASA is doing with the Orion -- they'll have to prove that those mannequins won't disintegrate upon impact, after all, before they can ask humans to step on board.

Source: NASA
In this article: boeing, iss, landingtests, nasa, science, space, spacetaxi, starliner
All products recommended by Engadget are selected by our editorial team, independent of our parent company. Some of our stories include affiliate links. If you buy something through one of these links, we may earn an affiliate commission.