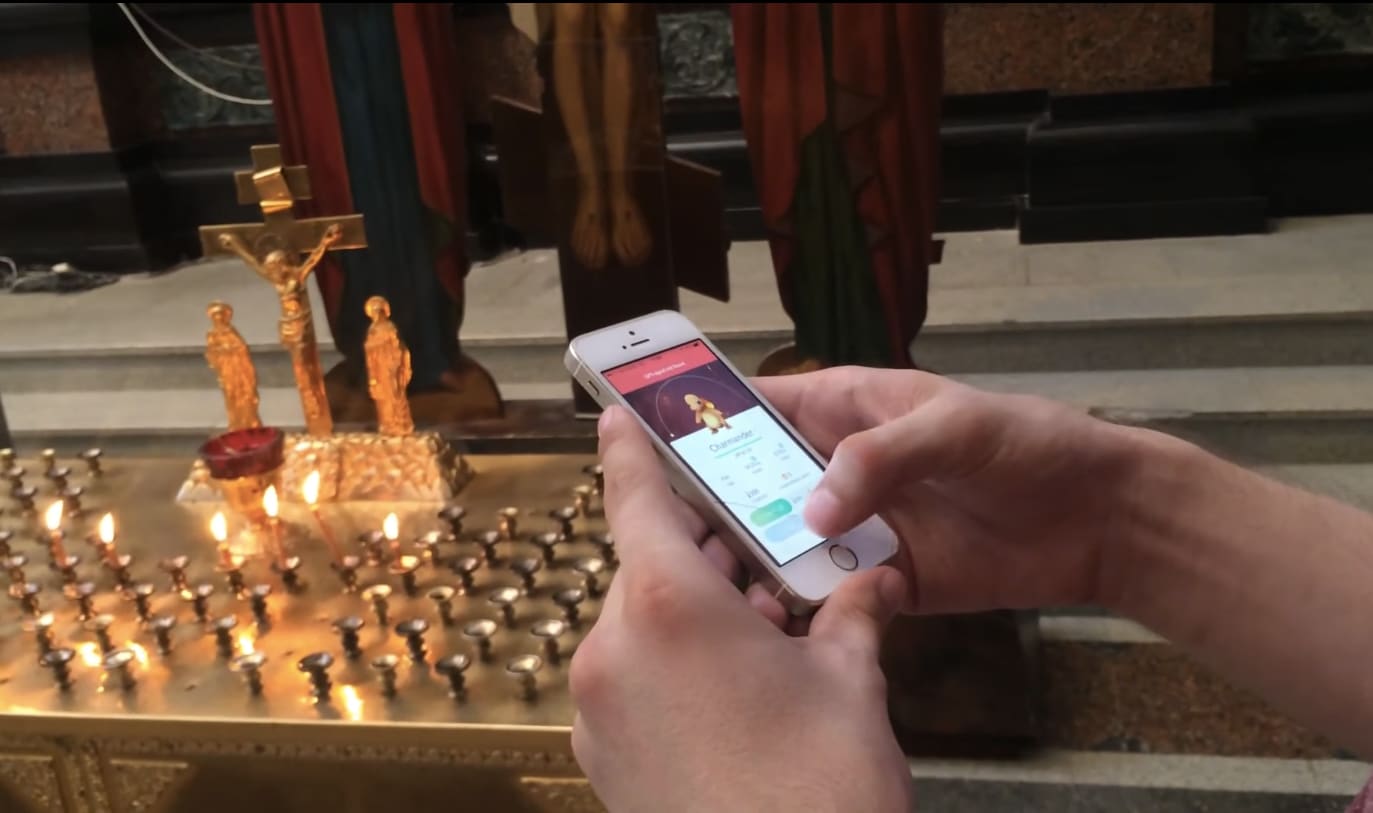 A Russian YouTuber has been imprisoned and could be looking at some serious jail time, all for catching a Poliwag in a church and posting footage of it online. As the Guardian reports, Ruslan Sokolovsky's video has been viewed over 900,000 times since it was posted on August 11th and begins with Sokolovsky addressing news reports warning Pokémon Go players that their hobby could get them locked up if they played the game in church.

"I decided to just catch some Pokémon in church because, why not?" Sokolovsky says, before the cartoon theme song plays. "I believe it's both safe and not prohibited by law. Let's go."

After the video was posted to YouTube, Police began investigating Sokolovsky, whose channel has some 300,000 subscribers and a history of criticizing the Russian church. In a statement released last Saturday, the investigation committee said the 21-year-old had been charged with "inciting hatred and offending religious sensibilities" and would be detained for two months, noting that the penalty could be as high as five years in prison. As the Guardian and the Verge have also noted, the statute Sokolovsky allegedly violated was the same Article 282 of the Russian Criminal Code that landed members of Russian punk band Pussy Riot in jail for several years back in 2012.

2 criminal articles & up to 5 years in jail

Apparently seeing the parallel, the band joined in on the #FreeSokolovsky hashtag. Meanwhile, other Russian fans and activists, including a member of Russia's Progress party have planned Pokéwalks to the Kazan Cathedral in St. Petersburg to protest Sokolovsky's arrest.

While many cities and countries have had their issues with Pokémon, Russia's relationship with the blockbuster game might be the most contentious. Niantic has not officially released the game in Russia (although that apparently hasn't stopped anyone from playing), and the Russian government has made it known that they believe the game might be tied to foreign intelligence services.

Although the Russian government's chief of the religious affairs committee Jaroslav Nilov doubted that using a smartphone in church counts as an insult, a spokesperson for the Russian Orthodox Church claimed Sokolovsky is a "well-known" blogger who "who works in the style of Charlie Hebdo." For now, Sokolovsky has been detained on a two month sentence and according to the AP he has already filed an appeal.

Source: The Guardian, Associated Press
Coverage: The Verge
In this article: culture, internet, mobile, niantic, pokemongo, politics, pussyriot, ruslansokolovsky, russia
All products recommended by Engadget are selected by our editorial team, independent of our parent company. Some of our stories include affiliate links. If you buy something through one of these links, we may earn an affiliate commission.