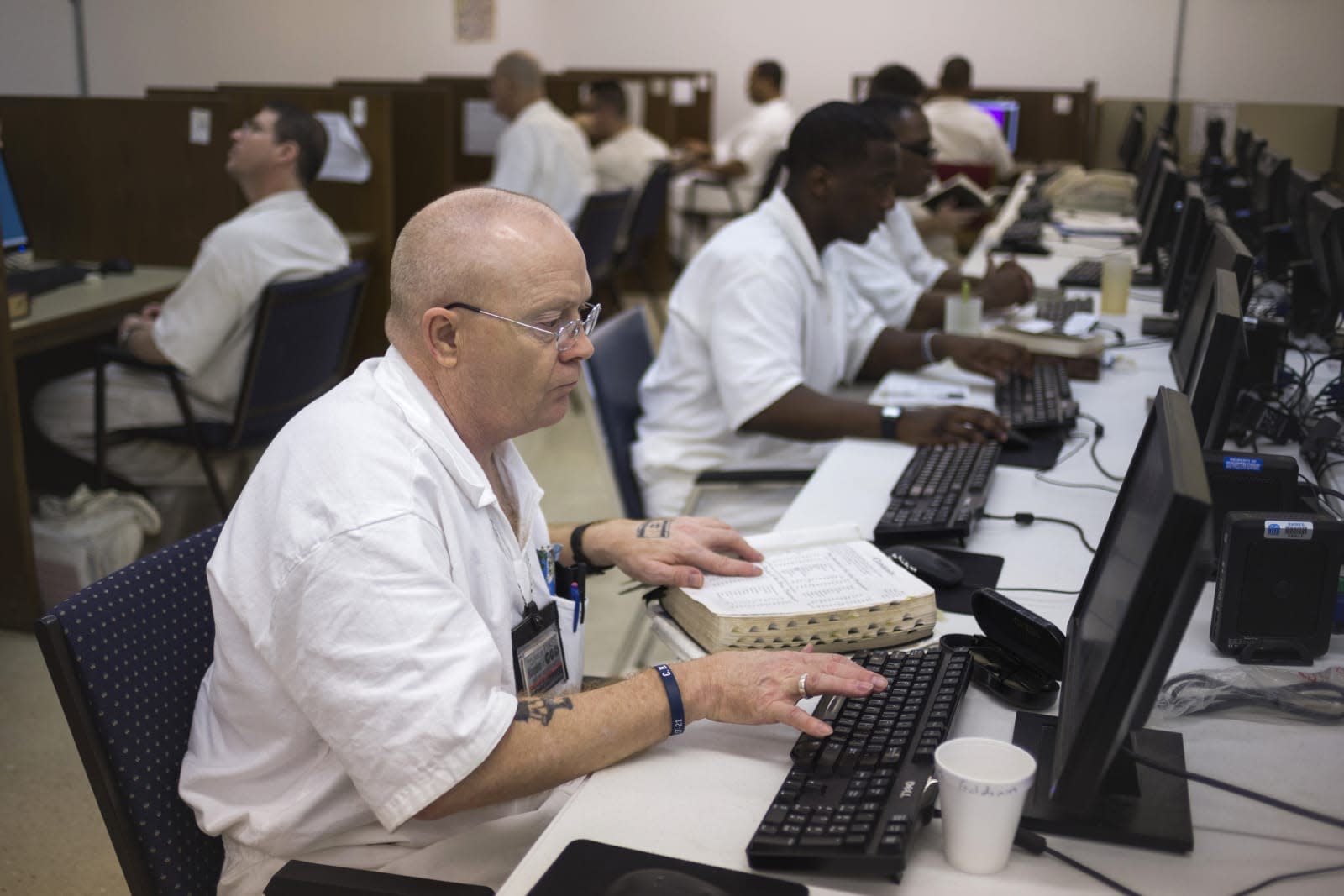 Today is symbolic for an oft-forgotten group of Americans: Prisoners. 45 years ago, those locked away in the Attica Correctional Facility in western New York state went from protesting for more rights to a full-blown riot put down by force. In recognition, the incarcerated across America are rallying to protest the injustice of prison labor, which could become the largest mass-strike in US prison history. But how did they coordinate so many people using only written letters and telephones as restricted by law? Answer: they got around it and connected with each other — and the outside world — over Facebook, Twitter and YouTube.

The main obstacle is obvious: Organizing protests from within is against every prison's rules, as Wired reports. It's also pretty difficult to sneak by any facility's staff, since letters and phone calls can be read and reviewed. But communicating online is far more private, and try as they might to stop the flow, prisons can't keep internet-connected cell phones from being smuggled in by visitors and guards. Despite policies preventing inmates at many facilities from having a social media presence or computer access entirely, some manage themselves or get their families to post for them.

This lets prisoners connect directly with folks, like members of the Free Alabama Movement are doing on Facebook and Twitter to rally support against prison labor exploitation, reports Wired. But that presence is also visible to prison staff, who can submit takedown requests to the social media titans. Sometimes, it's the victims of crimes alerting correctional facilities of an inmate's online activity. Whether prisoners' pages are taken down is up to the social media companies, which, as private organizations, have the power to decide whether prisoners should be able to use their networks.

In this article: culture, internet, prison, prisonstrike
All products recommended by Engadget are selected by our editorial team, independent of our parent company. Some of our stories include affiliate links. If you buy something through one of these links, we may earn an affiliate commission.