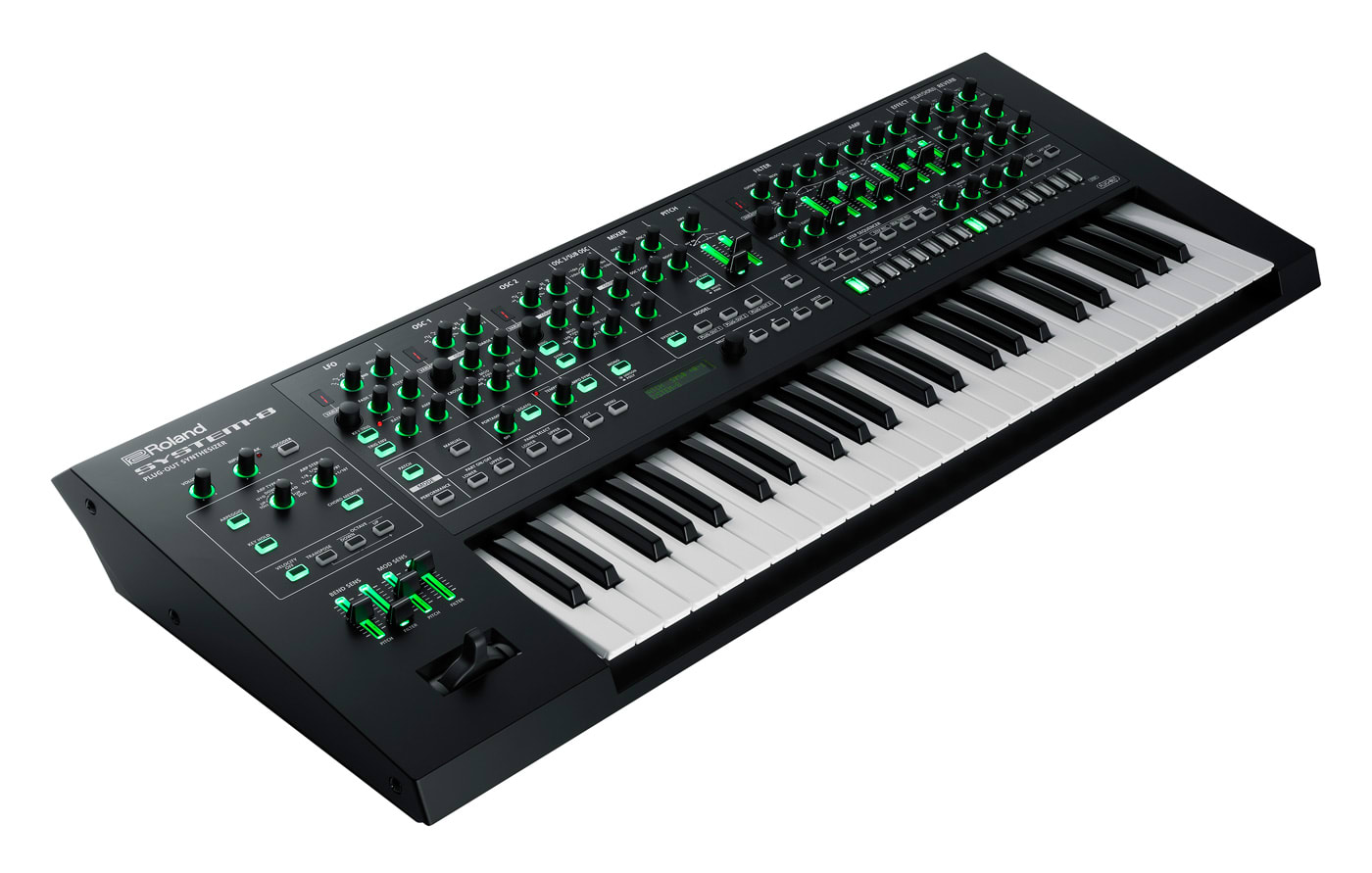 As Roland's product-packed 909 day comes to a close, one of the more impressive announcements is the new System-8 synthesizer. Taking a design cue from the Aira line, the new keyboard is packed full of features including the ability to add and control multiple synth profiles at once.

Using Roland's Analog Circuit Behavior modeling, the System-8 recreates the sounds found on vintage and current synthesizers. Roland calls them "plug-outs" when in reality they're more like plug ins. In addition to the built in sound, users can add the sounds from the company's library of instruments. It ships with the Jupiter-8 and Juno-106 plug-outs that can be played without any additional hardware.

Roland offers additional synth plug-outs (including the SH-2, SH-101 and PROMARS) for purchase. What sets the System-8 apart from the Aira System-1 that also supports plug-outs is the ability to load and control up to three additional virtual synths at the same time. You can do things like patch sounds for deep patches and create custom keyboard splits.

The System-8 also has a 64-step sequencer, arpeggio with quick access buttons, three oscillators, chord memory, CV/GATE outputs and a vocoder. Plus it's polyphonic and supports eight voices via the velocity enabled keys. It also has the usual MIDI and audio in and out ports. Priced at $1,499 it's a bit pricier than anything else in the Aira or Boutique line, but you're getting a lot of synth in a single package.

Source: Roland
In this article: 909, Aira, av, boutique, gadgetry, gadgets, gear, instrument, music, roland, synth, Synthesizer, system8
All products recommended by Engadget are selected by our editorial team, independent of our parent company. Some of our stories include affiliate links. If you buy something through one of these links, we may earn an affiliate commission.