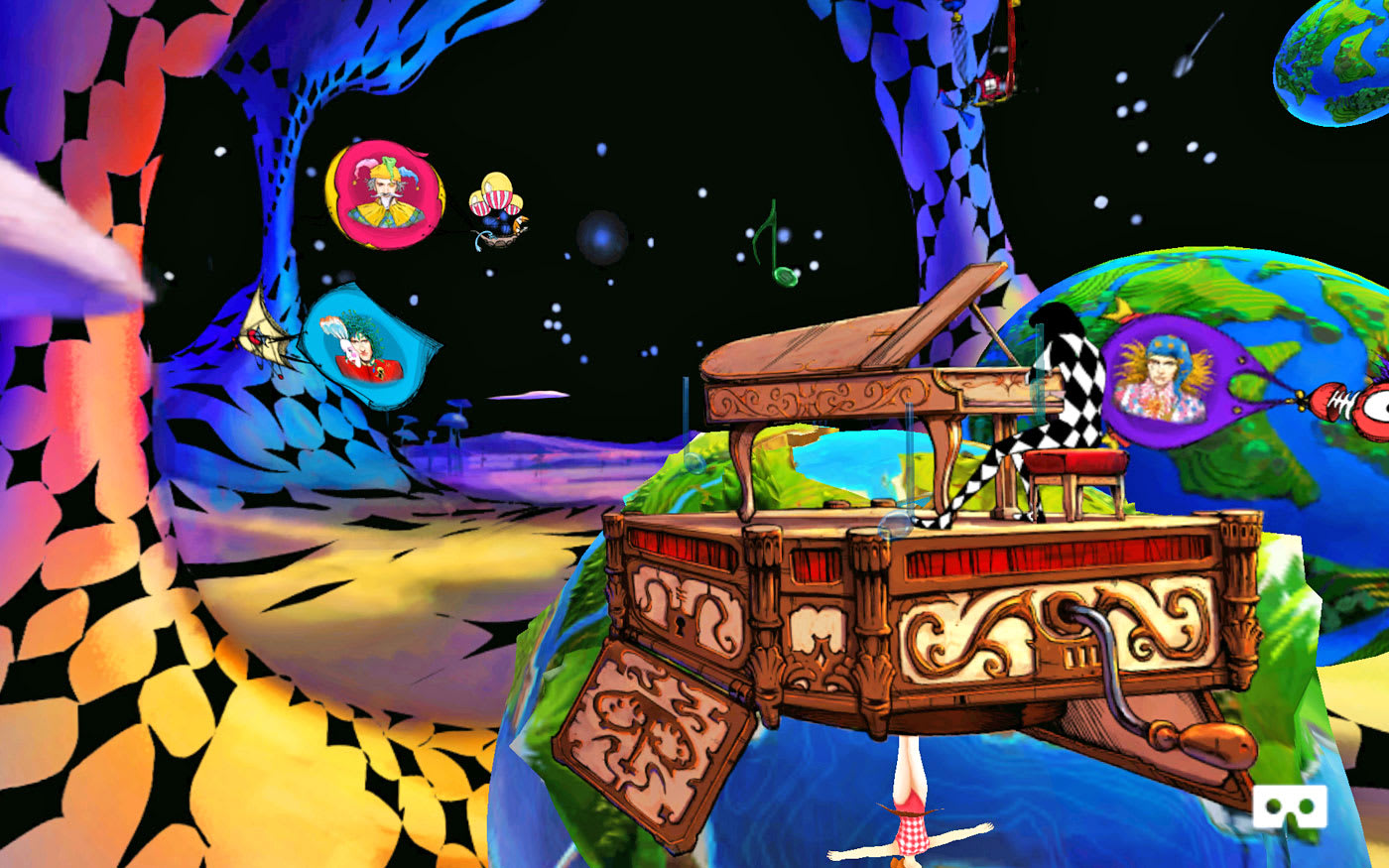 We've all heard the dramatic faux-opera that is Queen's Bohemian Rhapsody -- but have you ever wondered what a song like that might look like? The folks at Google did. In a new collaboration with Queen and Enosis VR, artists and developers at Google have created The Bohemian Rhapsody Experience -- a virtual reality experiment created to take viewers on "a journey through frontman Freddie Mercury's subconscious mind." That's a fancy way of saying they turned the iconic song into a 360-degree virtual reality music video.

The video itself is viewable only through the Bohemian Rhapsody Experience, but it can be seen in a basic 360-degree mode, or in stereoscopic 3D using Google Cardboard. The app takes viewers on a tour of a surreal mindscape of shapes, sound and animation -- first leading them through a dreamlike mishmash of images that seems to represent Mercury's mind, then onto the stage of a Queen Concert, complete with an animated band and then, after a brief stop in the underworld, into outer space for a neon-light finale. It's gorgeous, and thanks to a spatial audio mix, fairly immersive.

It sounds like a project that came out of left field, but to folks familiar with the band's lead guitarist, it makes a lot of sense. In addition to being a world-class guitarist and holding a PHD in astronomy, Brian May is also the director of the London Stereoscopic Company, where he maintains resources on stereo photographs and helped create the OWL Virtual Reality Kit -- a collapsible VR viewer in the vein of Google Cardboard. You can find that over on his company's website. Just want the Bohemian Rhapsody app? The iOS version isn't ready quiet yet, but Android users can head on over to Google Play.

Via: Verge
Source: YouTube, The Bohemian Rhapsody Experience
In this article: brianmay, cardboard, entertainment, freddie, FreddieMercury, google, googlecardboard, googleplay, mercury, mobile, queen, video, virtualrealty, vr
All products recommended by Engadget are selected by our editorial team, independent of our parent company. Some of our stories include affiliate links. If you buy something through one of these links, we may earn an affiliate commission.