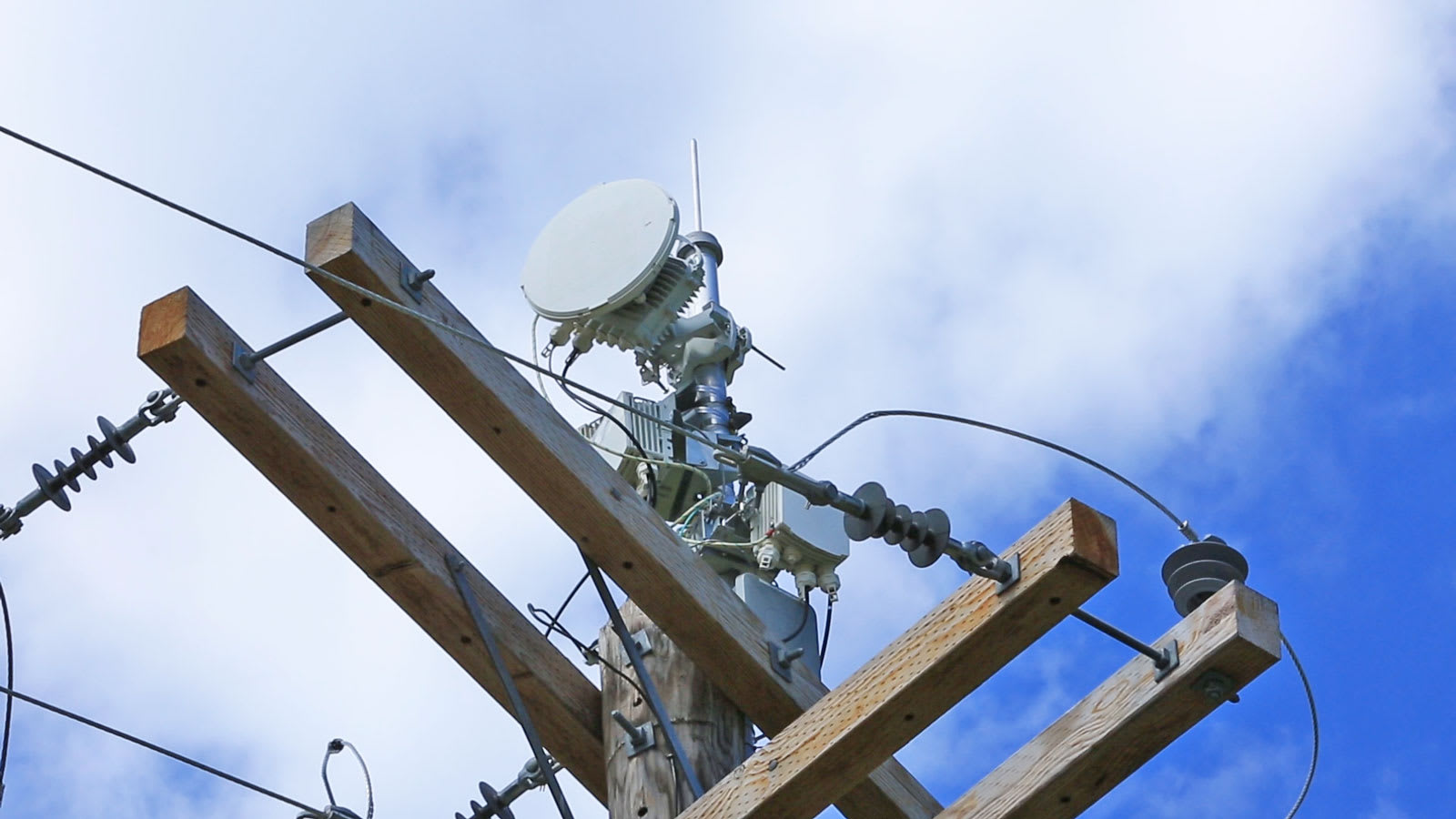 Bringing gigabit internet to rural areas is usually an expensive proposition -- but soon, it might not be. AT&T Labs today announced Project AirGig, a new wireless internet delivery system that carriers high speed internet service over power-lines without actually tapping into the physical wired infrastructure. More specifically, AT&T plans to mount hundreds of tiny radio stations atop telephone poles to bring high-speed internet to customers without laying down new cable.

The project is still in its experimental phase, but AT&T says it's bursting with potential. AirGig's relay stations may sit on top of telephone poles, but it doesn't actually need to tap into the pole's power source -- it doesn't send signals over the lines either, opting instead to regenerate millimeter wave signals from station to station. Because the stations are designed with to use affordable plastic antennas and make use of existing infrastructure, it offers a potential way to bring high-speed connections to new areas without laying down new cable. Not only does that save a ton of money, it also means the new system could be deployed faster.

AT&T is careful to note that AirGig is purely experimental right now, and its first field trials won't even start until next year. Even so, lab tests have been encouraging, and the company is confident that the system could be used to bring next generation internet to rural communities and developing countries.

Source: AT&T
In this article: airgig, ATT, attlabs, gear, gigabit, internet, ProjectAirgig, science, video
All products recommended by Engadget are selected by our editorial team, independent of our parent company. Some of our stories include affiliate links. If you buy something through one of these links, we may earn an affiliate commission.