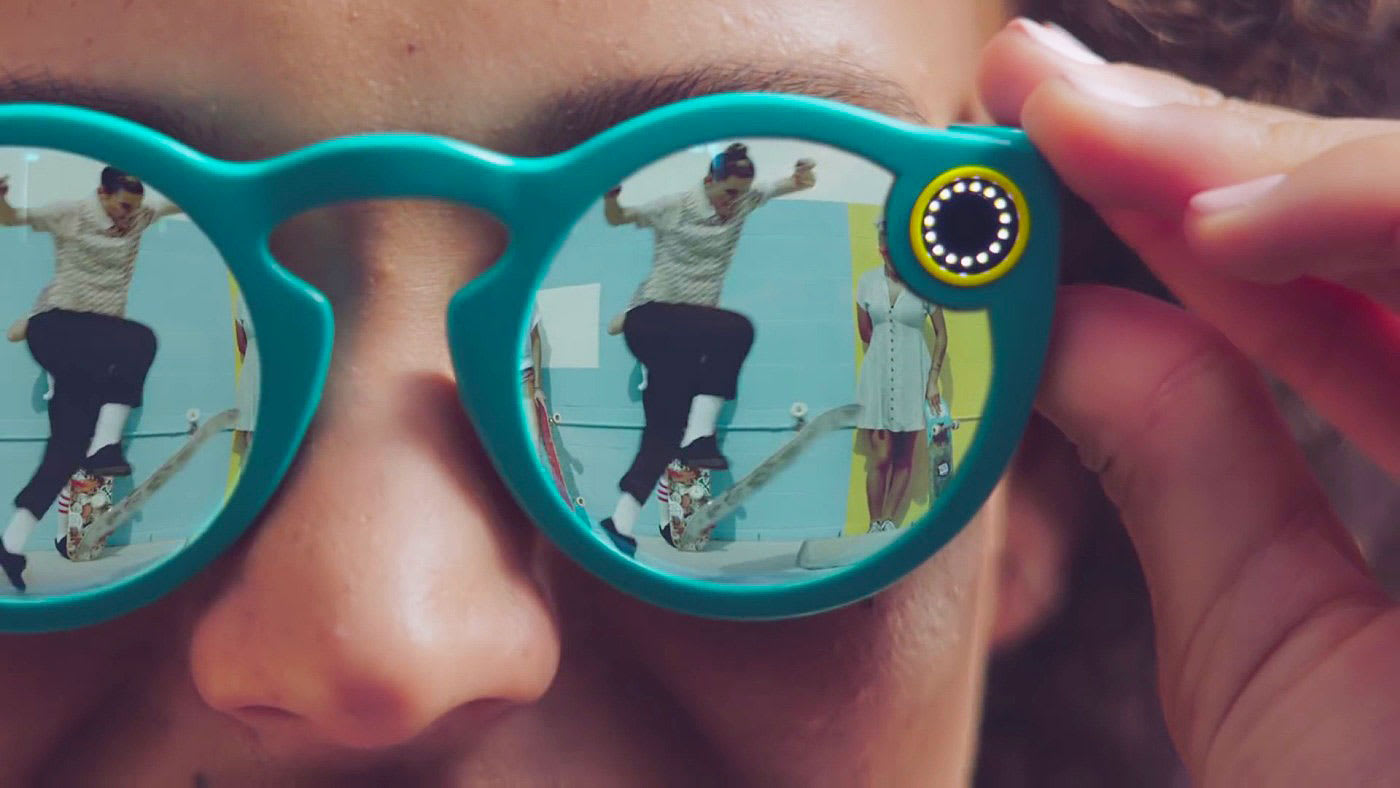 Yes, the Snapchat Spectacles are real, and company chief Evan Spiegel presented them to a small group of people today. That's where he also revealed that the company has been rebranded and renamed to Snap Inc. According to The Wall Street Journal, Snap Inc.'s first wearable product comes armed with a camera that can record 10-second videos when you tap a button near the hinge. Every tap starts a new recording. The results don't look like typical* videos shot with phones or action cams, though -- not when it captures circular footage that mimics our own vision. Apparently, Spiegel believes that the rectangular format is "an unnecessary vestige of printing photos on sheets of paper." And since this is Snapchat we're talking about, the glasses can sync with your phone wirelessly, making anything it takes easy to share online.

Snap Inc. will release Spectacles this fall for $130, but only a limited number of pairs will be available. The company wants to proceed slowly in order to get a feel of how people like it, and probably to see how well the initial stocks sell, before making more. Since he obviously doesn't expect to make big bucks out of Spectacles from the get-go, WSJ asked Spiegel why he designed them. His answer? "Because it's fun." If other people find the glasses fun, as well -- and, hey, unlike the Google Glass, these look like something a lot of people would wear -- then you might have an easier time finding a pair in the future.

*Update: Snap Inc. uploaded a video with sample footage below. Based on what we can see, Spectacle-captured videos share the same look with those captured with fisheye lens.

JUST IN: Snapchat to release first hardware product called "Spectacles" this fall; video-sharing sunglasses to be priced at $129.99 - DJ

Source: The Wall Street Journal, Snap Inc.
In this article: cameras, circular, gear, glasses, snapchat, snapinc, spectacles, video, videocamera, wearables
All products recommended by Engadget are selected by our editorial team, independent of our parent company. Some of our stories include affiliate links. If you buy something through one of these links, we may earn an affiliate commission.