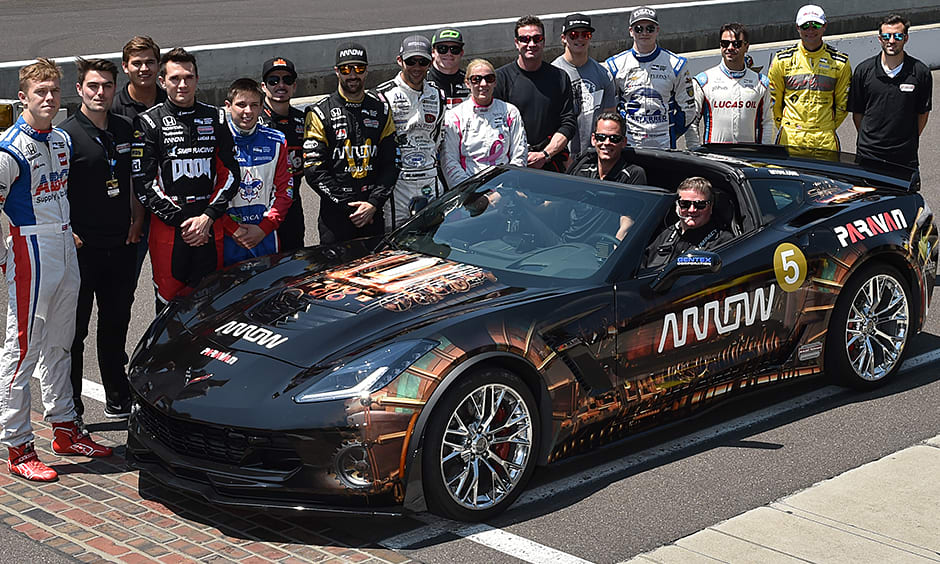 Sam Schmidt is no ordinary race car driver after suffering a devastating accident in training that rendered him a quadriplegic back in 2000. Now he's also the first American to have been handed a driving license that permits him to use an autonomous vehicle on public highways. The state of Nevada has announced that Schmidt is able to drive a modified Corvette Stingray Z06 that is controlled just with the motion of his head, breath and voice commands.

There's a little stretching of the definition of autonomous, here, since Schmidt is directly in control of the car himself. The vehicle, however, does much of the heavy lifting for him, and so qualifies under Nevada state law as self-driving. For instance, Schmidt controls the gear shift through voice commands, that the car then handles automatically, while a sip-and-puff device enables him to control acceleration and braking. The vehicle's customization was handled by Arrow Electronics as part of its semi-autonomous motorcar project.

The granting of the license is a huge step forward in enabling disabled people to regain their independence, since Schmidt can now travel ostensibly where he wants. Nevada will also use it to burnish its credentials as a tech-friendly city, since it now houses plenty of bleeding-edge tech startups including Hyperloop One and Faraday Future -- not to mention that it's also the home of Tesla's Gigafactory. It's also a big deal for the world of semi-autonomous vehicles, since legislators may look more favorably upon cars with humans behind the wheel. After all, most of the alarmism that currently surrounds autopilot systems is that a computer can't make the sort of snap judgments a person can.

Via: Popular Science
Source: Nevada DMV
In this article: Arrow, culture, gear, License, Nevada, politics, SAM, SamSchmidt, SelfDriving, SemiAutonomousMotorcar, transportation
All products recommended by Engadget are selected by our editorial team, independent of our parent company. Some of our stories include affiliate links. If you buy something through one of these links, we may earn an affiliate commission.