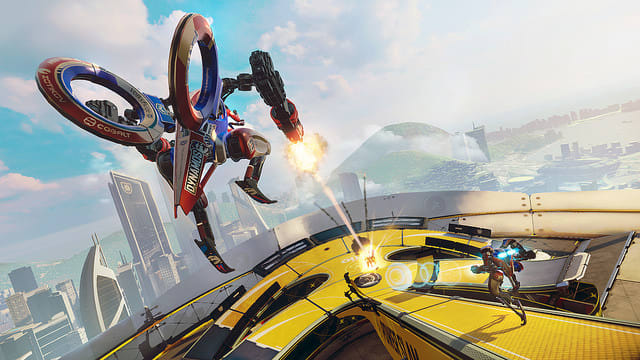 When we got our hands on the PlayStation VR, we confirmed two things: One, that the headset and PS4 hardware won't match the performance of a higher-end PC and Oculus Rift or HTC Vive; And two, that's balanced by all the content Sony has lined up. While incomplete lists of the system's upcoming games and apps have been compiled before, Sony has released the full lineup of nearly 80 titles available at or soon after it launches on October 13th.

The list is split almost evenly between availability on opening day and Q4 2016, with the former including big releases we knew were coming like Batman: Arkham VR, EVE: Valkyrie, RIGS, and Sony's vignette sampler PlayStation VR Worlds. Games coming out by the holiday season include Moto Racer 4, Psychonauts in the Rhombus of Ruin, and the free Star Wars Battlefront Rogue One: X-wing VR Mission. A few have been pushed back to the first quarter of next year, like Golem and the Myst-esque XING: The Land Beyond. There's even a few non-games, like the Ethan Hawke interactive narrative Invasion!, but those are only a handful of the entire list.

While 80-odd titles is impressive, they vary in length and depth. Some, like Rise of the Tomb Raider: Blood Ties, are short VR experiences using a known franchise as a backdrop. A few, like World War Toons and XING, can be played with but don't require PSVR. It's still a hefty amount of content for gamers to devour. Unsure which to buy? Many of the list's heavy-hitters are featured in the demo disc bundled with the PSVR headset.

Source: Sony
In this article: av, gaming, launch, PlayStation, psvr, sony, VirtualReality
All products recommended by Engadget are selected by our editorial team, independent of our parent company. Some of our stories include affiliate links. If you buy something through one of these links, we may earn an affiliate commission.