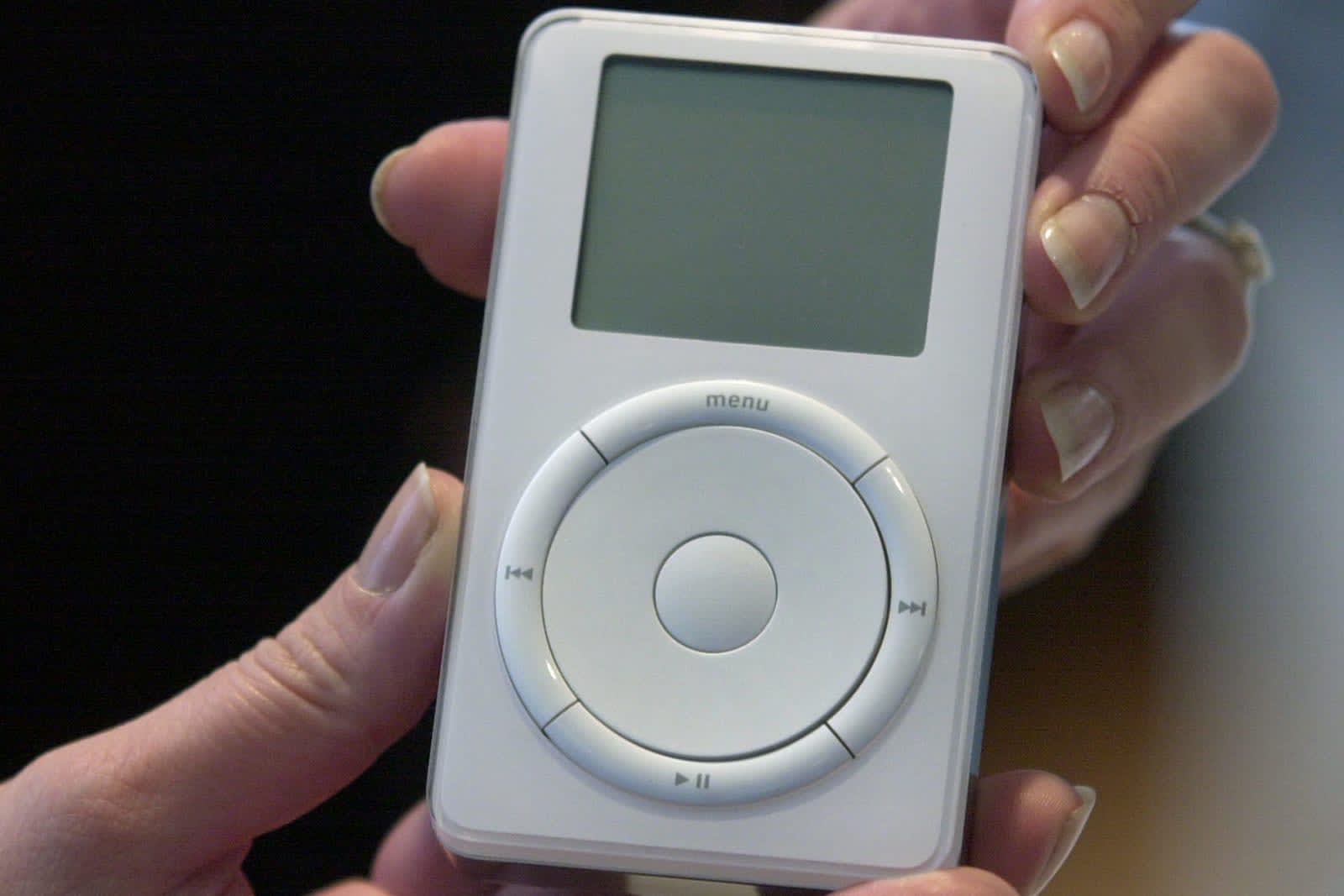 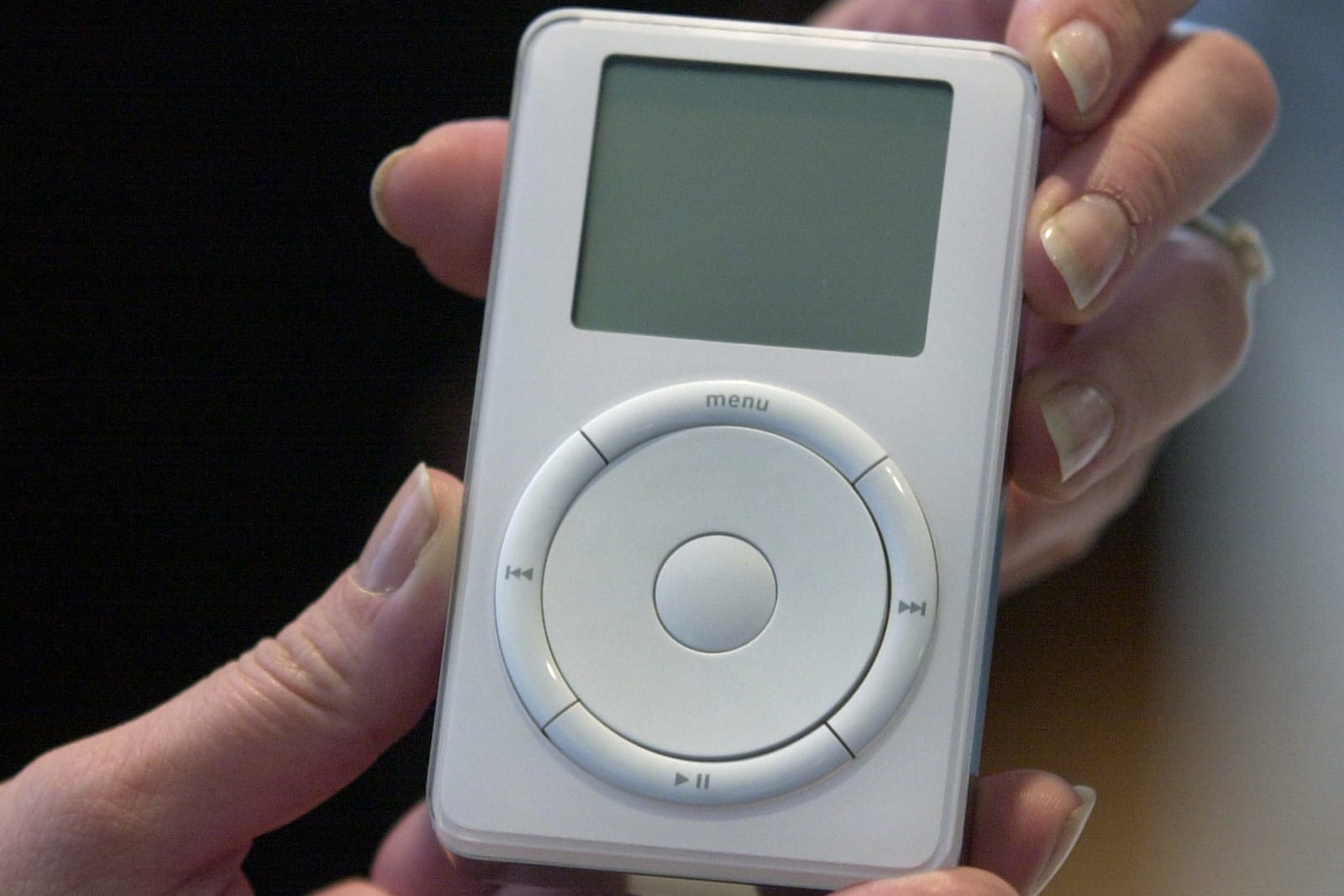 If you're a gadget fan of a certain age (cough), you're about to feel ancient: Apple's iPod just turned 15 years old. Steve Jobs unveiled the first version of the media player at an event on Apple's campus on October 23rd, 2001. To say that it had a wild ride after that would be an understatement. Many credit the iPod as the device that took Apple from niche PC maker to one of the largest companies on the planet, only to fade away as smartphones took over. But how did it get to where it is now? And is there any room left for the iPod 15 years later? Let's take a quick look back at how the iPod has evolved through the years. We like to think of the iPod's 2001 introduction as a watershed moment these days, but at the time it left many scratching their heads. This was a risky side project for a company that had been on the brink of oblivion just a few years earlier, and the number of caveats seemed to be a mile long. Mac-only, a $399 price and 'just' 5GB of storage? Many didn't expect it to sell well... and for the first couple of years, it didn't. While the iPod found an audience among the faithful, those steep initial requirements ruled out both Windows users (even the 2002 model's Windows support was a kludge) and many casual Mac listeners. Competitors like Creative and Rio had little to fear at first. Still, it was a glimpse at a future where you could quickly and easily sync your whole music collection in a device that fits in your pocket. Existing MP3 players like the Creative Nomad series or Rio's PMP300 tended to be huge, slow or both, with software that made syncing a challenge.

But then something happened. In 2003, Apple not only released an iPod built with Windows users in mind, but launched both iTunes for Windows and the iTunes Music Store. It was as if a puzzle had been solved. Suddenly, most computer users could buy whatever songs they liked, sync them with an iPod, and start listening within a few minutes -- no CD ripping or dodgy peer-to-peer sites required. It's easy to complain about how unwieldy iTunes can be today, but it was a minor revelation at a time when most MP3 players had truly clunky sync processes and few (if any) ways to integrate with digital music services.

And for the next few years, it seemed as if Apple could do no wrong. iPod sales exploded, helped in no small part by falling prices and more accessible models. The iPod mini, shuffle and nano transformed the device from a near-luxury item into something virtually anyone could own. Apple grabbed such a dominant foothold in the market that no competitors posed more than a temporary threat. Even Microsoft's Zune, with its iPod-like software integration and gobs of marketing money, couldn't loosen Apple's grip. The iPod's white earbuds (and the matching silhouette ads) became iconic. With the help of iTunes, it ushered in an era where digital music was an everyday fact of life instead of a novelty. Podcasts owe both their success and very name to Apple's pocket player -- you wouldn't be listening to Serial otherwise. 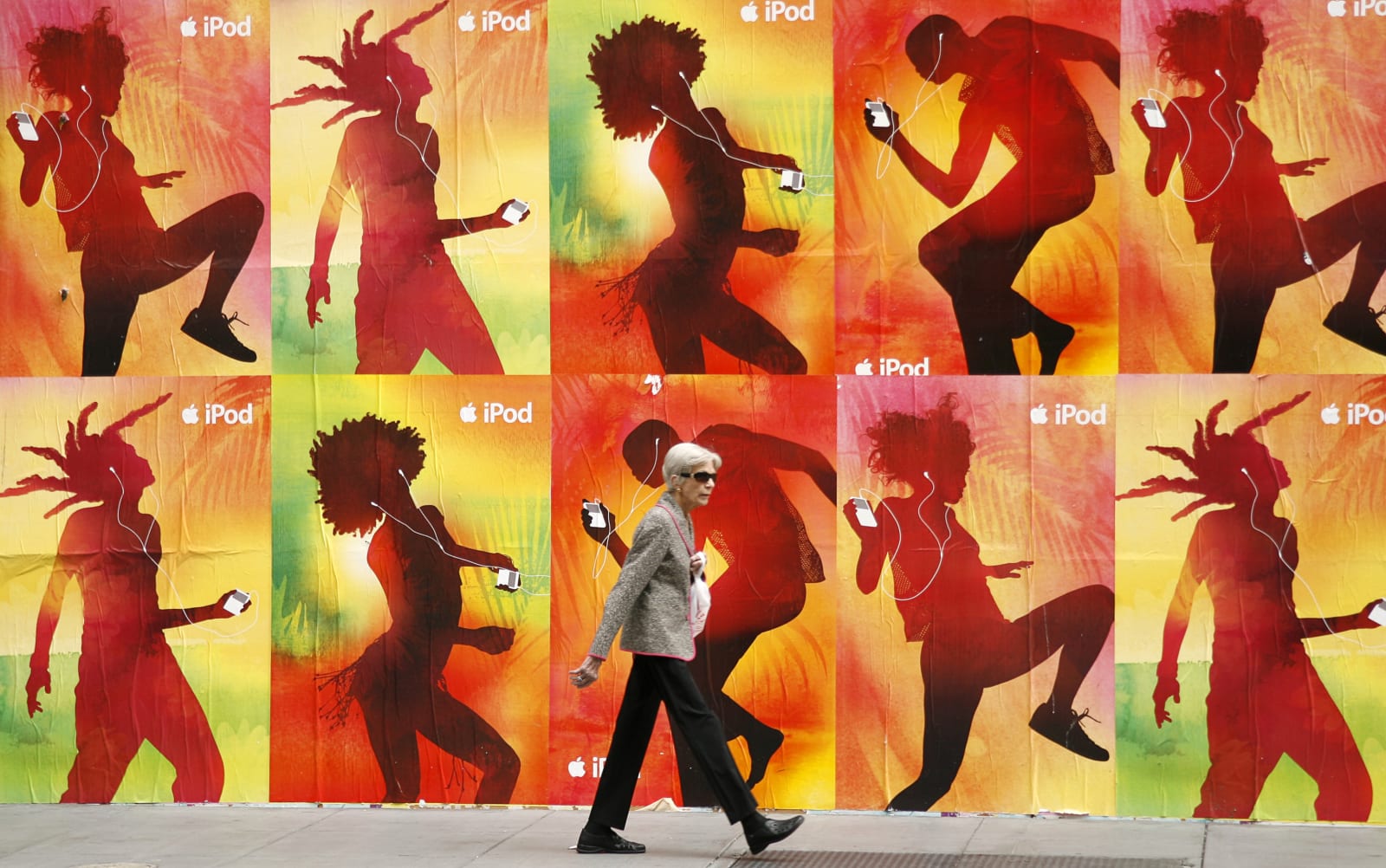 All technology has a finite lifespan, though, and Apple took the relatively radical step of hastening the iPod's demise itself. When Jobs unveiled the iPhone in January 2007, he wasn't shy about treating it as a do-it-all device that could help you avoid buying an iPod. Why get something separate when all your music can live on the phone you're already carrying? The media player soldiered on for a while, in part thanks to the iPod touch (which satisfied the urge if you couldn't buy an iPhone), but its days were clearly numbered. It's telling that Apple unveiled the first iPod classic mere months after the iPhone arrived, indicating that the days of music-first hardware were coming to an end.

You may well know what happened next. Modern smartphones, including the iPhone, rendered dedicated players almost obsolete within just a few years. Apple increasingly shifted the iPod toward niche uses like fitness (the current iPod nano and shuffle are practically designed for runners) and away from the mainstream. Sales fell from nearly 55 million iPods per year in 2008 to a number so low that Apple no longer breaks them out in its fiscal results. To compound matters, streaming music has practically eliminated the need for a tiny jukebox. You don't need capacious storage when you can listen to seemingly everything on services like Spotify or Apple Music. The death of the iPod classic in 2014 was less of a tragedy and more a sign of progress, when you think about it. 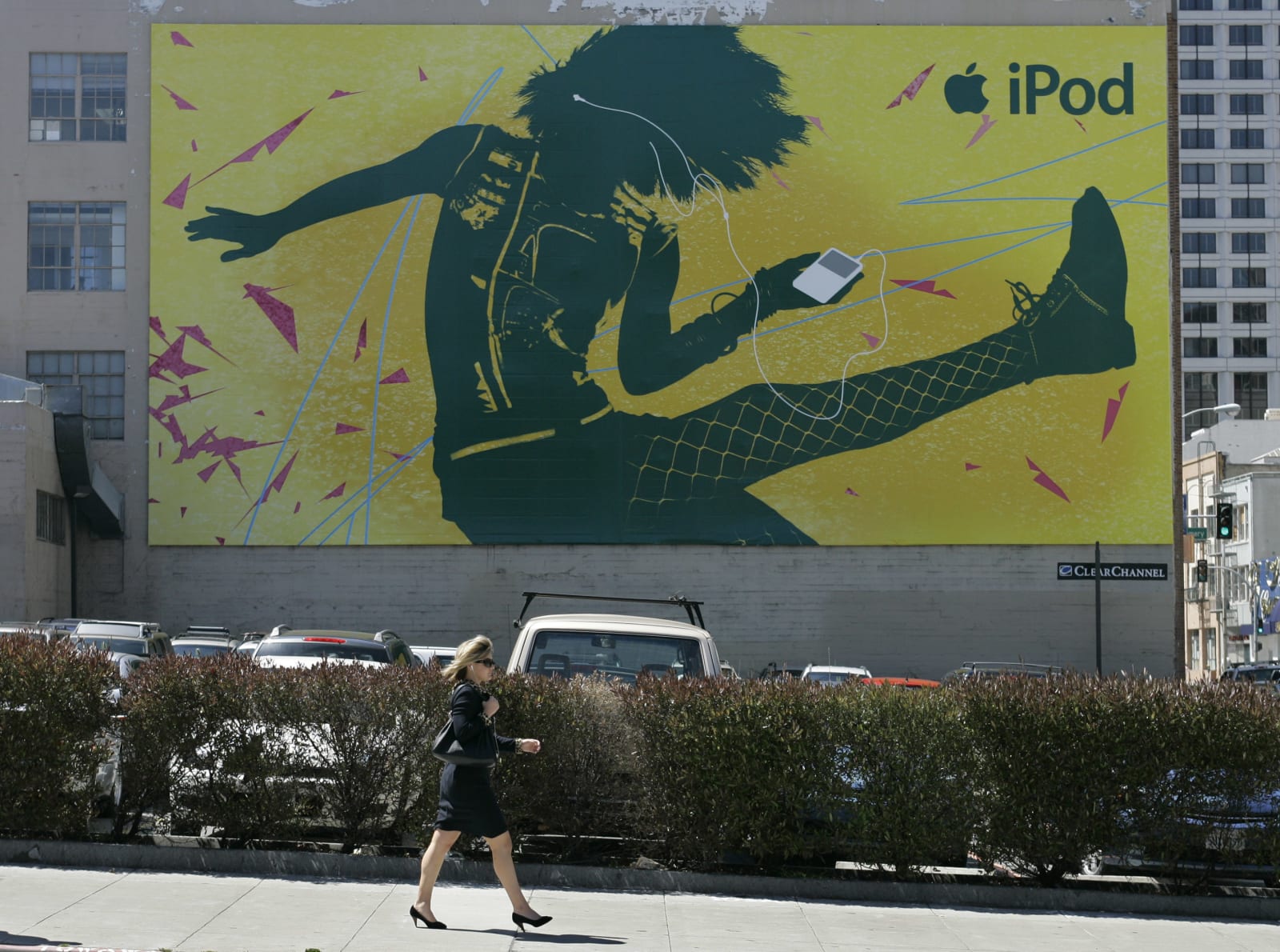 As such, the iPod at 15 is really in its twilight years. There's just not much room for it. Unless you need a mountain of offline music without paying a premium, you're usually better off using your phone. It can access a wide array of services, and you don't have to sync it with a computer. Even the iPod nano and shuffle are facing pressure from smartwatches, which can hold or stream enough music to last your whole run.

This isn't to say that the iPod is a footnote in history, however. In hindsight, it was a stepping stone -- a way of leaving CD players and record stores behind in favor of a world where any song you want is just a heartbeat away, wherever you are. You can also see it as ushering in the mobile revolution, since the iPod's success helped drum up interest in the iPhone and other smartphones that weren't just about checking email or making calls. As sad as it is to see the iPod treated like an afterthought today, there's no question that its legacy will last well beyond the day the last units leave store shelves.

Coverage: Apple
In this article: anniversary, apple, audio, av, birthday, gear, ipod, ipodclassic, ipodmini, ipodnano, ipodshuffle, ipodtouch, mp3player, nostalgia, pmp, portableaudio, PortableMediaPlayer
All products recommended by Engadget are selected by our editorial team, independent of our parent company. Some of our stories include affiliate links. If you buy something through one of these links, we may earn an affiliate commission.