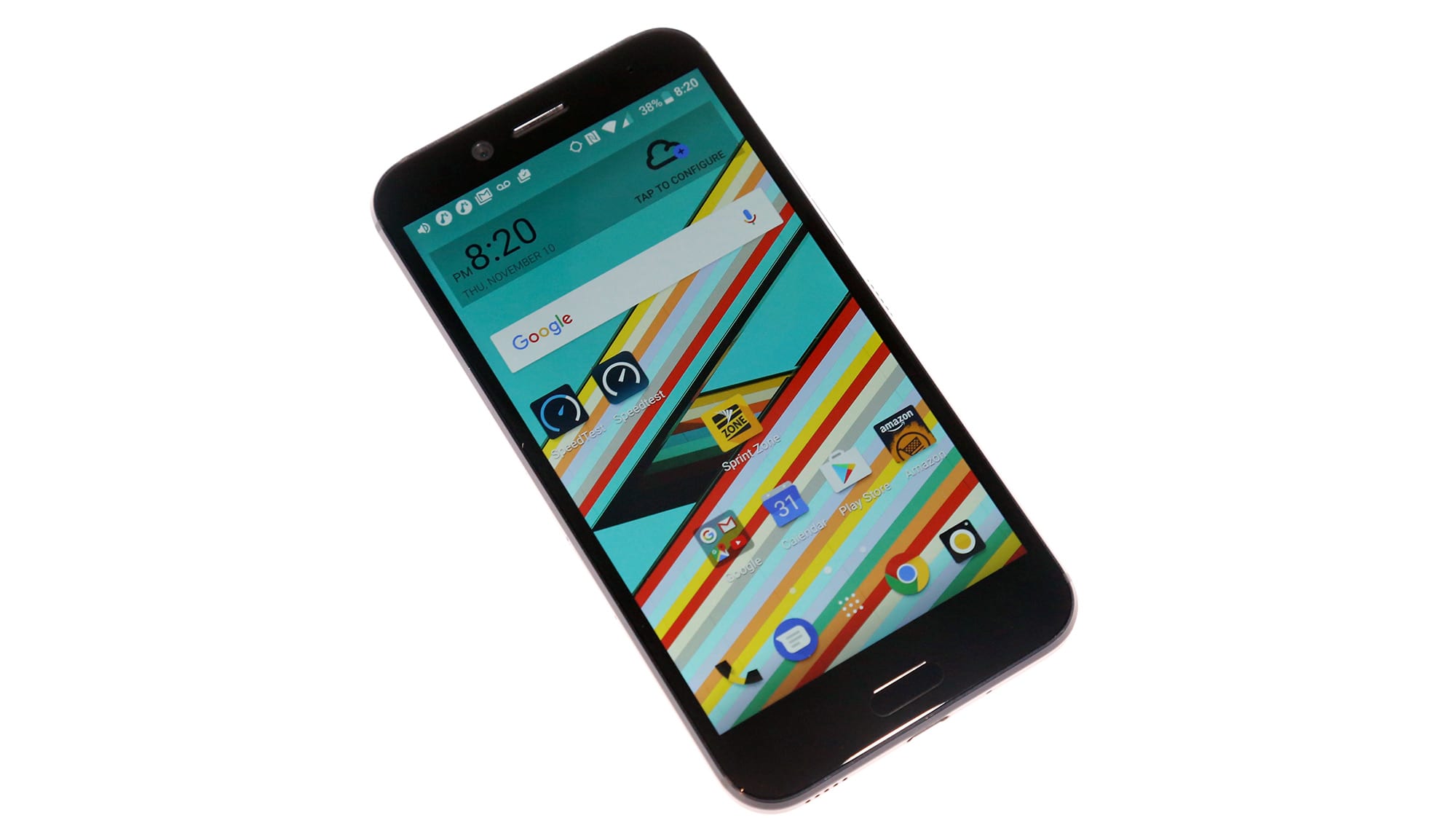 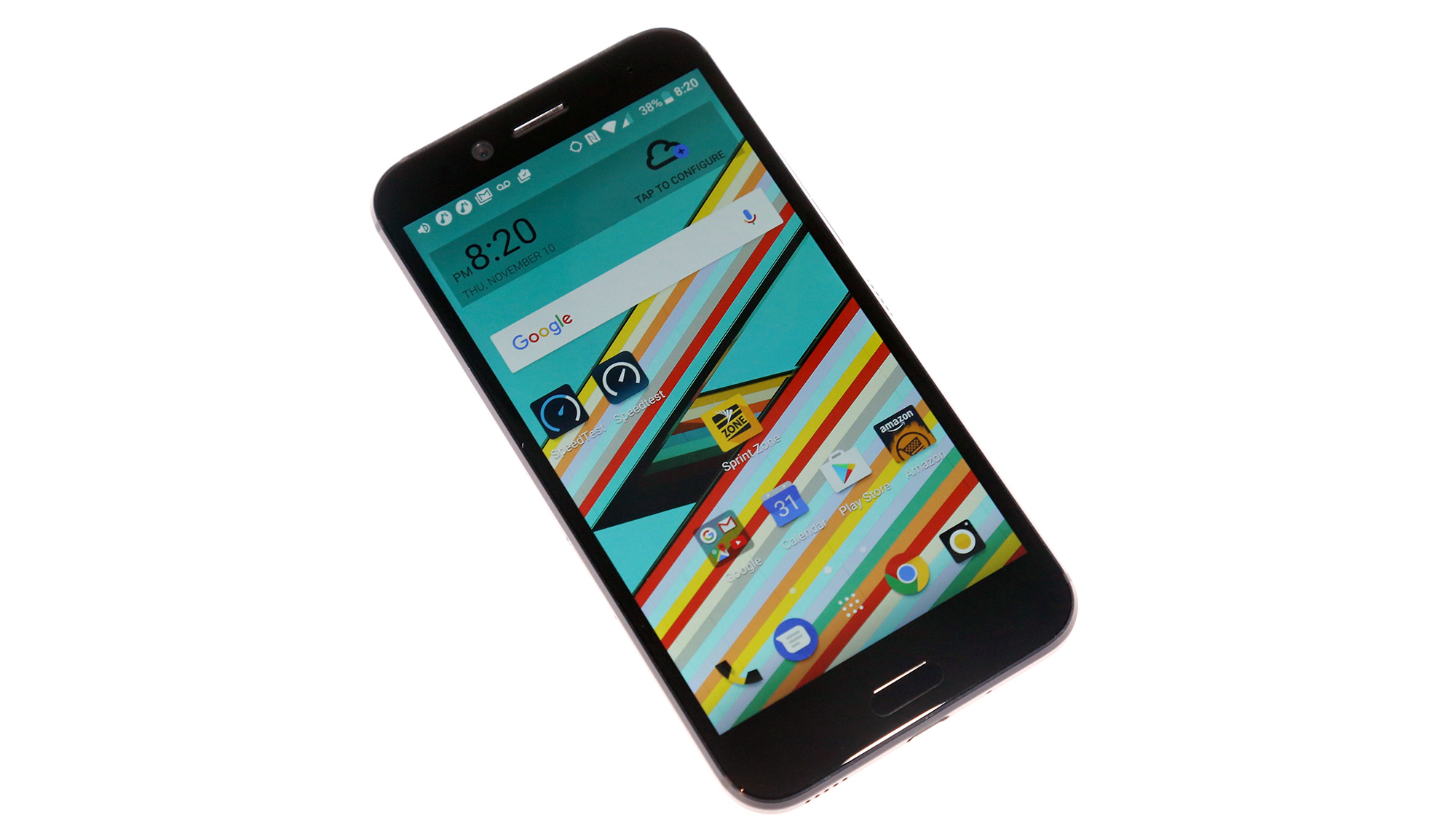 No one would fault you if you thought HTC was done making high-end smartphones for the year. It wasn't perfect, but the HTC 10 was a highly respectable piece of kit. And HTC's design and production fingerprints can be found all over both of Google's new Pixel phones. That's a decent string of smartphones for 2016, but HTC had to go and partner up with Sprint on the curious new Bolt, a device meant to highlight Sprint's high-speed 3x20MHz carrier aggregation. Fair enough, but what makes the $599 Bolt so interesting is how it takes the 10's formula and improves on it. 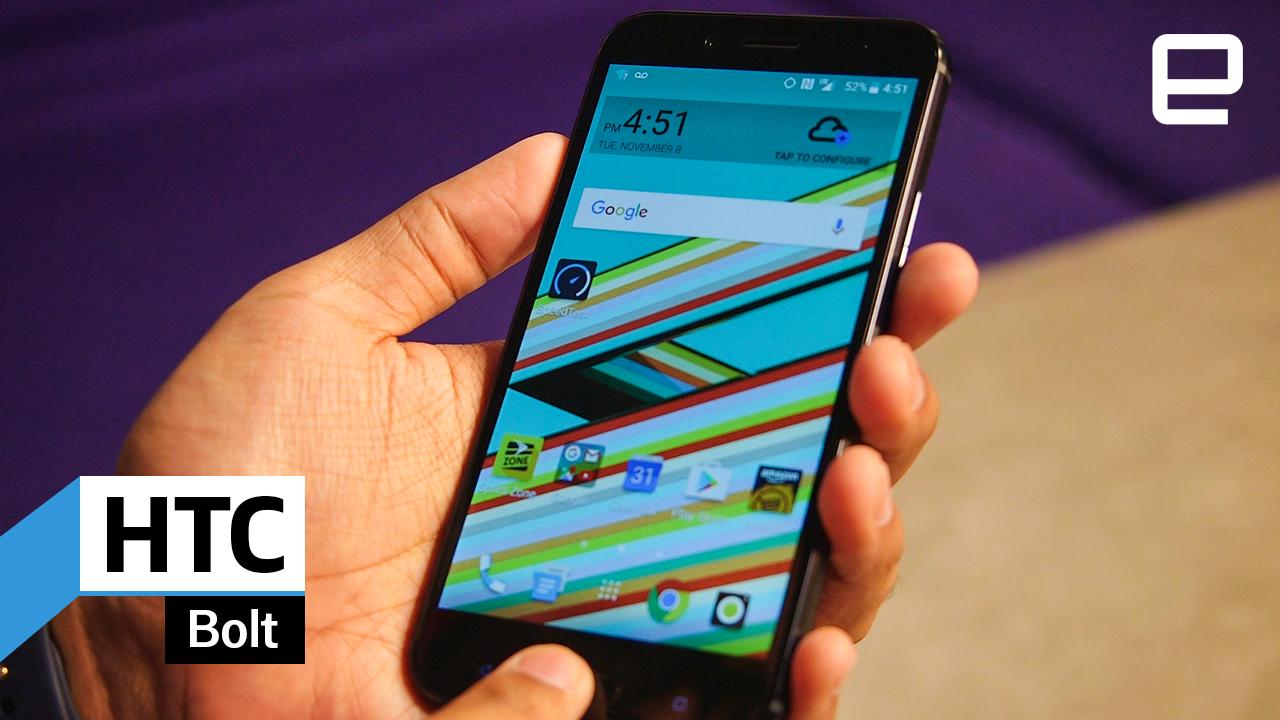 As you might've already gathered from the photos, the Bolt shares a lot of design language with the HTC 10. In fact, the easiest way to tell them apart is to turn them over: The Bolt lacks the telltale hump that helped the 10 settle so nicely into my hands. It's definitely a slab of a phone, but that's not to say it's without charm. HTC's first-rate build quality is on full display here, with a fully metal frame wrapped around a 5.5-inch, 2K LCD screen. That brings us to the Bolt's first improvement: That body meets IP57 standards for water and dust resistance -- a first for HTC's unibody metal smartphones. There's little point in griping about how long it took HTC to get here. I'm just glad they did.

There's a powerful Snapdragon chipset inside, too, though not the one you'd probably expect. The Bolt rolls with an octa-core Snapdragon 810 plus 3GB of RAM, which makes for some slick performance. Device makers seemed to shy away from the 810 for a while because of concerns about overheating, but I haven't noticed anything abnormal during the few days I've been using the Bolt. Long story short: There's plenty of power here for anyone who needs it, and the inclusion of Android 7.0 Nougat only helps.

Speaking of software, don't expect too many changes on that front -- the lightly tweaked Sense interface works exactly how it did on the 10, from the inclusion of BlinkFeed (meh) to those curious Freestyle layouts to the deeper integration of Google apps. Stock is still the way to go as far as I'm concerned, but HTC's approach is still one of the more palatable ones out there. Another improvement for the list: HTC also worked with Sprint and Qualcomm to get everything in good shape for Sprint's LTE Plus network. I just wish I could've experienced some of those speeds. Early tests point to potential data speeds up to 300Mb/s, but for now, you'll have to live in cities like Chicago, San Francisco, Minneapolis or Denver to take the network for a ride. I saw middling speeds when I ran tests in our NoHo office -- on the order of 10Mb/s down, which paled in comparison to AT&T. Your mileage may vary, obviously.

Then there's the camera. HTC has been pushing its UltraPixel cameras for years now, and they're conspicuously absent in the Bolt. Instead, we got a more traditional 16-megapixel affair complete with optical-image stabilization. I, frankly, haven't spent a ton of time using the camera in the field, but the shots I did take came out rather well: They were chock-full of detail and accurately covered, even when the sun dipped behind some clouds. On the Bolt's face is an 8-megapixel selfie camera, which indeed works well at feeding into your vanity. The Bolt has the 10's high-resolution audio chops, too, which you'll appreciate if you're a media buff. Perhaps more important, the earbuds that come in the box are surprisingly smart. Remember how the HTC 10 let you set up a personal audio profile based on how well you could hear certain tones? Well, these earbuds completely automate that process. The first time you plug them in, you're prompted to create a profile. From there, you'll hear a tone ringing through your ears, and that's it. The Bolt interprets the that sound resounds through your ear and creates the profile automatically. It would've been nice if we could further tune that profile after it's been made; alas, HTC doesn't plan to make that happen.

So yeah, it's not hard to think of the Bolt as a sort of HTC 10 Plus. On the one hand, Sprint has a pretty fascinating exclusive on its hands -- shades of the EVO 4G, anyone? Still, I can't help but wish HTC pushed some of these improvements into devices it already launched this year. An HTC 10 with a bigger screen and a water-resistant body might have helped the company pick up more ground early on. At the very least, you can bet some of these steps forward will wind up in the company's 2017 flagship, and we'll be better off for it. Until then, Sprint customers itching for some new premium hardware should get their wallets ready: The Bolt goes on sale today.

In this article: android, bolt, carrier, carrieraggregation, evo, gear, hands-on, htc, htc10, htcbolt, htcevo, mobile, smartphone, sprint
All products recommended by Engadget are selected by our editorial team, independent of our parent company. Some of our stories include affiliate links. If you buy something through one of these links, we may earn an affiliate commission.