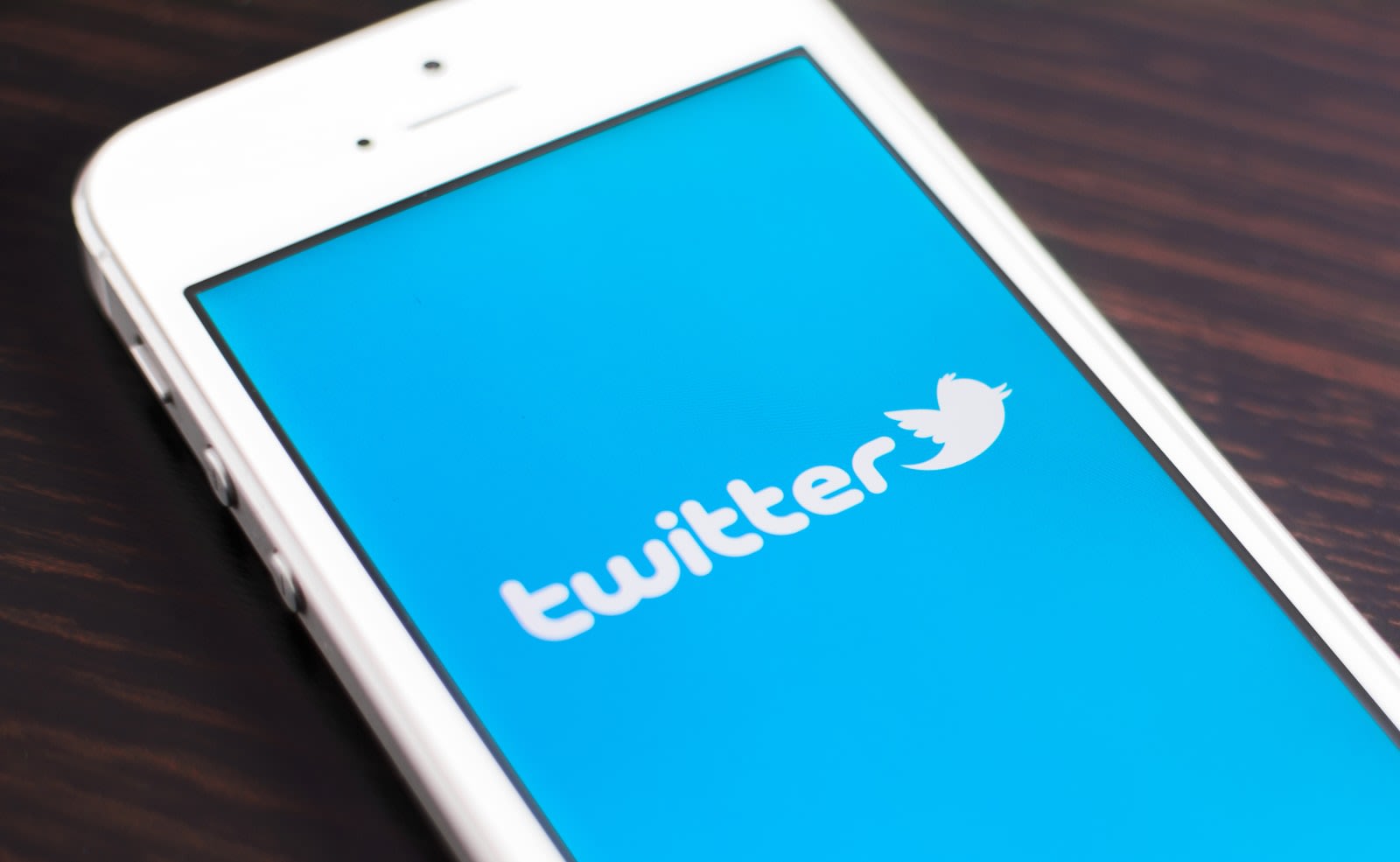 Twitter has such a bad troll problem that it may be the reason why Disney ultimately decided not to buy the social network. Now, even though it's probably too late to change Disney's mind, the company has enhanced a couple of features to help users get other abusive users off their backs. Over the coming days, you'll be able to mute not just people, but also keywords and phrases, usernames, emojis and hashtags to make sure nothing cruel or insulting slips into your notifications. If people keep tagging you in a conversation you want no part of, you'll be able to mute that thread to stop receiving notices, as well.

Besides giving you the power to mute anything you don't want to see, Twitter is also putting other users' well-being in your hands. Starting today, you'll be able to report harassment and any hateful tweets directed not just towards you, but also towards other people, friends and strangers alike. So long as a tweet "targets people on the basis of race, ethnicity, national origin, sexual orientation, gender, gender identity, religious affiliation, age, disability or disease," you can let Twitter know. The company says it refamiliarized its support team about its policies and improved its tools to be able to better address those reports.

In its announcement, Twitter has admitted that it's having issues keeping abusive behavior in check. "We've seen a growing trend of people taking advantage of that openness and using Twitter to be abusive to others," the announcement read. "Because Twitter happens in public and in real-time, we've had some challenges keeping up with and curbing abusive conduct." It also knows these measures are nowhere near enough to clean up the website, but it's committing "to rapidly improving [the microblogging website] based on everything [the team] observe[s] and learn[s]." Whether it gets to the point that big companies won't hesitate buying it up, we guess we'll just have to wait and see. 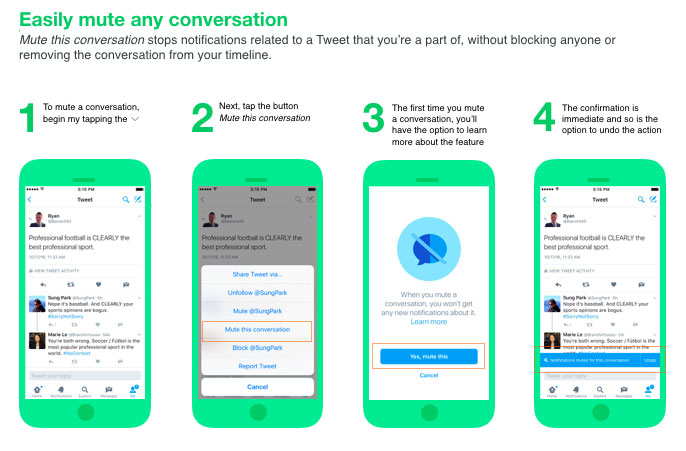 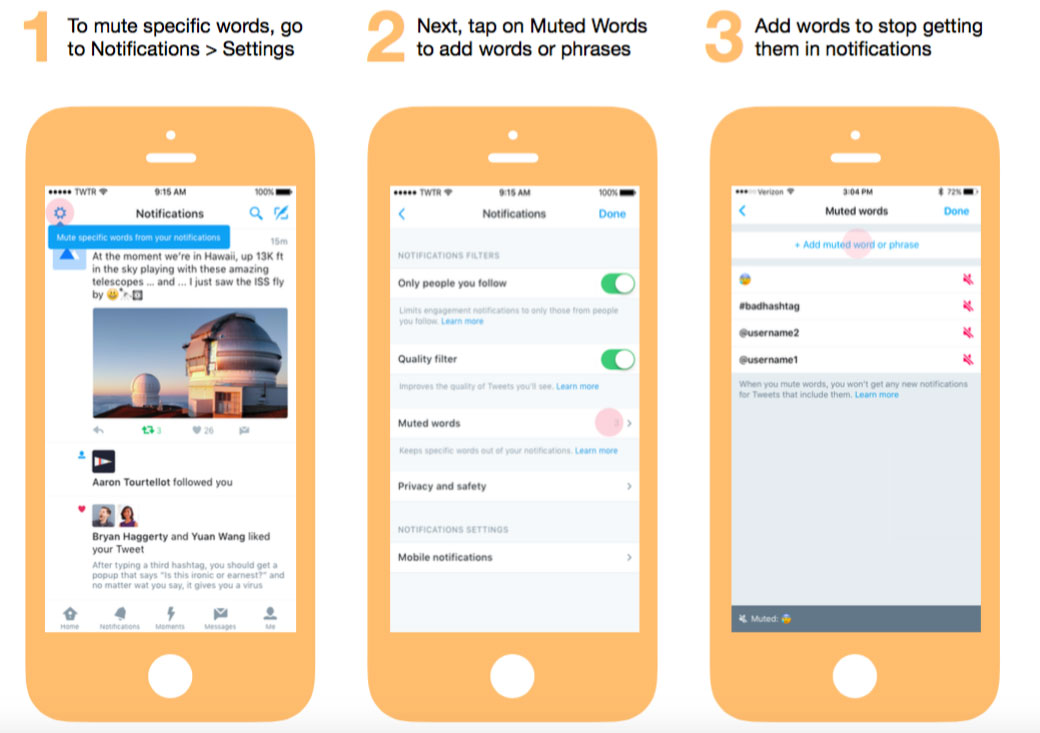 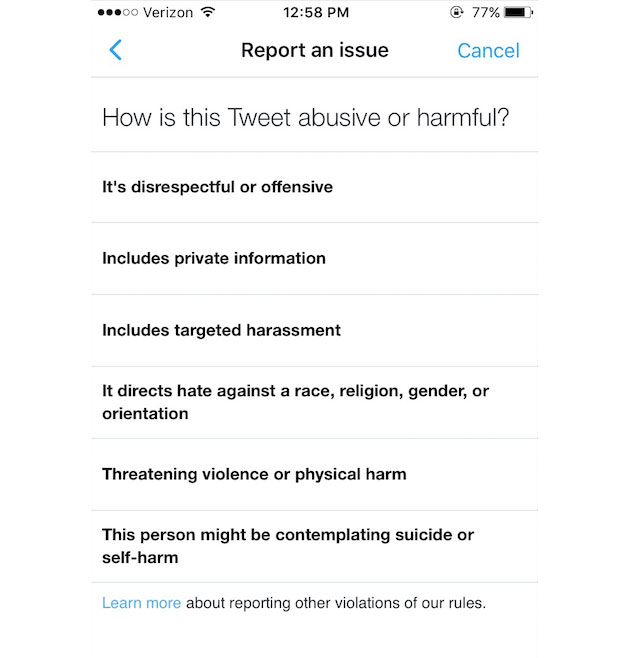 Source: Twitter
In this article: abuse, gear, internet, mute, report, tweet, twitter
All products recommended by Engadget are selected by our editorial team, independent of our parent company. Some of our stories include affiliate links. If you buy something through one of these links, we may earn an affiliate commission.