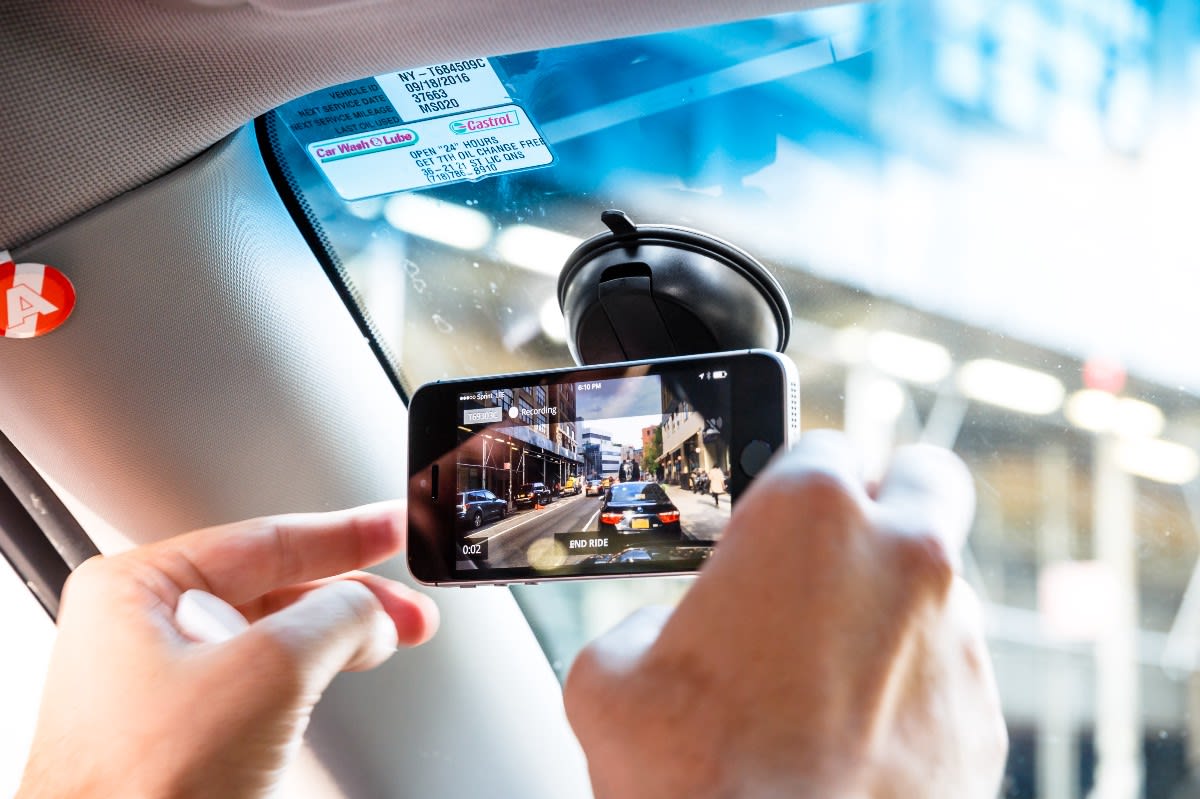 We likely aren't going to get flying cars anytime soon, but we will have self-driving ones. They'll be packed to the gills with sensors to keep us safe and sound as we Snapchat ourselves cruising down the highway, bellowing along to our favorite Urfaust tracks. But those are a ways off, and the phone in your pocket already has a pretty solid set of sensors in it. Plus, using a device you already own is far more economical than buying a new car. That's where Nexar's dashcam app comes in. A $7 mount holds a phone, while the free app uses your gizmo's onboard accelerometer, cameras and microphone do the rest of the work.

Nexar's promise is that when enough drivers start using the app, the vehicle-to-vehicle network will alert folks of accidents seconds ahead of time, giving you a larger window for avoiding one yourself. Say, if someone does a hard stop a few cars ahead of you, you'll get an alert about it. Or if you have an issue, other drivers using the app will get a ping saying what's up so they have a chance to plan around it. It uses machine learning too, so over time, and with enough users, the app should progressively get better at predictions. This week, New York and San Francisco went online with the service, and it's available on both Android and iOS.

As Wired notes, however, there's no such thing as free lunch: Because the Nexar app is constantly using your phone's camera to survey the road, it's sending all that data back to its Israel-based servers for analysis. So, the more it's used, the better the system gets. Opting in to the app means that Nexar has every right to do whatever it wants with your data, including sell it to third parties. Apparently, insurance companies have started tapping into this to offer people rewards for good driving. And though the National Highway Transportation Safety Administration says there isn't a formal agreement in place, Wired says Nexar has agreed to share driving data with the government.

Oh, and the company is even planning to roll out driving scores, assigned by driving habits and tied to license plate numbers, as well. What's more, there's no word what the constant video transmission will do to your monthly data cap, either. What's a little driving data amongst friends, though, right?

Via: Wired
Source: Nexar, Google Play, iTunes
In this article: android, autonomous, autonomousvehicles, dashcam, gear, ios, iphone, machinelearning, mobile, nexar, transportation
All products recommended by Engadget are selected by our editorial team, independent of our parent company. Some of our stories include affiliate links. If you buy something through one of these links, we may earn an affiliate commission.